48 Hours of Silence for Australia

Australia is on Fire

25 people and half a billion animals have already died and 6.300.000 hectare land has burned down. A climate activist will sit down at the plague column in Vienna at 12:00 today and won't speak or eat for 48 hours to call attention to that situation. Unfortunately I can't join him, but I'll be with him in thoughts and use this time to be silent online and meditate. 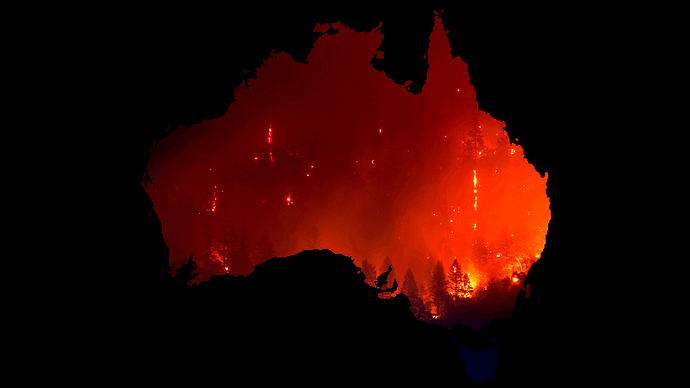 Although solidarity is always a moral good, the impending death of Australia isn’t a crisis of morality but a crisis of inaction. Some guy in Europe not talking for 48 hours isn’t going to help the issue other than making people ‘aware,’ whatever that means. Meditation, online petitions and Reddit upvotes won’t solve this. There are no moral victories in the real world.

Australia isn’t just burning; it’s being allowed to burn by Australia’s deeply and actively destructive government. A government that has decided that allowing poor and rural areas of Australia to be completely, irreparably destroyed is more economically feasible than spending the pittance of money needed to stop these fires. Australia needs its people to revolt against the corrupt swine in charge and no amount of silence or contemplation is going to get us any closer to that.

I think the fires are really a tradegy.
But I agree with @rmf that the Australian government and society should do something. Australia is on a very poor rank in the climate change performance index!

As a society, we’re really doing our best.

However, the often elected liberal party, really, really doesn’t care about the environment.

https://www.liberal.org.au/our-plan/environment
Even just reading their climate policy, you can completely tell that sustainability isn’t a priority to them. Labour isn’t much better, but at least there’s some action when they’re elected.