Instead of buying Mediatek, Google and Apple, wouldn’t it be cheaper to buy all the mines (or to be realistic – according to this thread anyway – the major ones?) and become the sole supplier of minerals (which would then all be conflict-free!).
I think it is absolutely feasible, also some of us would have to sleep with some people to get there.

wouldn’t it be cheaper to buy all the mines

From warmongering militias? I wonder if Fairphone would be in for that plan!

So we should have to start a FP-army. Well, that doesn’t sound like it’s according to the values either. I guess we may have a little issue here!

ah, the good old discussion of how to get to paradise!

Do we allow ourselves to use methods to get to Utopia that are illegal in Utopia itself?!

Or, with a Wittgenstein twist: “You have to use the ladder to get where you want to be before you can kick it over”.

New Idea:
Enter an Apple Store dressed up like this with a Fairphone and tell the people you changed your mind: 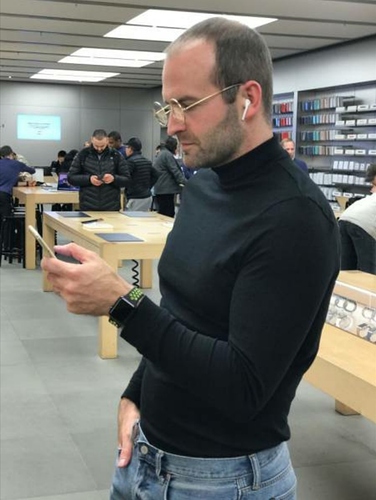 Well, we are too late - China already got all the raw materials… And the stocks of the important players got even more expensive in the last two years.

What we could do: get some good hackers and crackers from Russia and use the exploits on old, badly supported phones to place Fairphone adds on the home screens of millions of phones!

Building on that idea: How about we create an adblocker that replaces all adds with (free) adds for Fairphone and other good causes?

I like the idea, but it may be circular: people who would install the adblocker are those who may already be open to good causes. And a good part of them would like an adblocker that blocks ads – either good ones or bad ones – for visibility, comfort and speed.
The REAL good idea would be to trick Google into offering, one day per year, all ads to NGOs. As it derives from your idea and as you have good relations with Mountain View (;-)), you should get in contact NOW!

Well, we are too late - China already got all the raw materials…

So the trick is to make Chine an ally in this battle.

First, here are two videos with Clay Shirky about Chinese innovation in the mobile phone market. And I don’t mean the phones themselves, I mean the economic aspect of developing, making, and selling phones themselves.

One is twenty minutes, the other one hour. I haven’t watched the long one yet, but I think it’s the elaborate version of the twenty minute one.

Interesting, no? And surprisingly relevant for Fairphone.

So with that in mind, I’m wondering: why not encourage Asian clones? Instead of complaining that China does not seem to care much about respecting patent laws[1], point them to the fairphone, where the OS is open source, and the hardware eventually should follow.

Imagine this takes off that way (and even if it doesn’t become a mega-success: you need to convince a much smaller percentage of the population of China to buy Fairphones become economically sustainable). The trend might not jump to the West immediately, but in the meantime a whole cottage industry of module creators could spring up in Asia. So more minds working on hardware and software upgrades for our Fairphones. But more importantly: having other companies build FP-compatible modular phones would make the required hardware more readily available and affordable (economies of scale) for Fairphone too.

In the meantime, Fairphone can do its thing with making sustainability a priority. I can even picture them as selecting the modules from other companies that have proven to be reliable, and produced sustainably and ethically and offer to resell them under their own brand for a share of the profits (and reduced price for everyone because bulk).

So my suggestion is: to achieve world domination, become a team-player

[1] Which, if you know a bit about patent law history, is pretty ironic anyway: Philips and Unilever became as big as they are because the Dutch state did not enforce patent law from 1869 until 1912 (article in Dutch, surprisingly decent Google Translate here). One funny side-effect: a lot of light-bulb innovaters who were stifled by Edison fled to the Netherlands to continue to do their research here. Who knew that humans love to innovate for innovation’s sake and don’t care that much about the patents, other than how it hinders them? Oh wait, every scientist ever could have told you that (as well as programmers in countries with software patents). China will “win” this battle in the long run (I personally don’t want to think in nation-vs-nation terms), unless we embrace open hardware and open source.

I added a small adjustment: 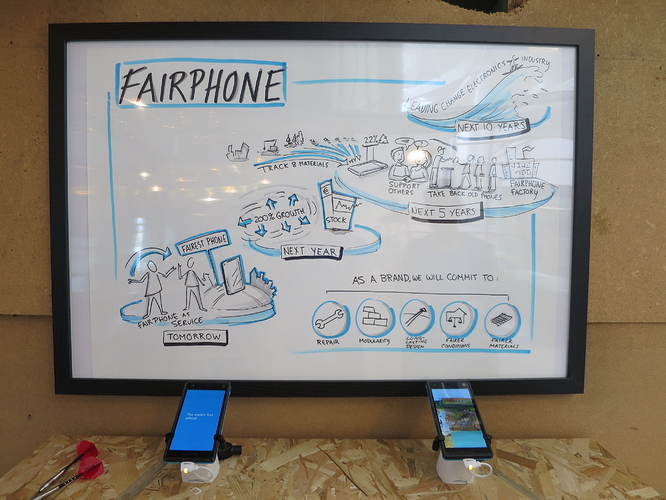 A FAIRPHONE factory. That would be awesome, if it would be in Europe.
200% growth - that is a very ambitious goal. I guess there should be a reason, with a three year young phone that is impossible to reach. -> FP3

Yes. They will not do that (for now).
They next plan to “Grow sales in untapped markets (Scandinavia, Southern Europe).”

Celebrating their 5 years in the business Fairphone is distributing some of these postcards to active communities asking people to tell them what they should do in the next 5 years: 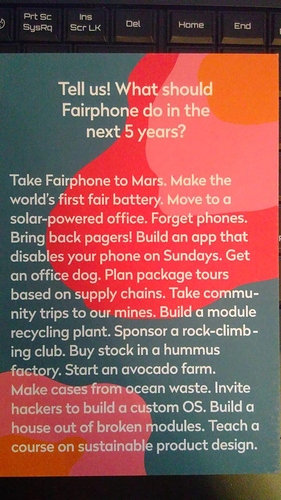 Since they are obviously asking us to dream big judging by their examples I thought this is the right topic to post your wishes for the next 5 years if you didn’t/won’t get such a postcard.

I’ll start with an idea I already shared with @lina1, but developed further since:

Invent a small dialysis machine which connects to your Fairphone, filters microplastic out of your blood and uses it to mend cracks in transparent backcovers.

“This has attracted everyone’s notice and has fetched the tech giant a considerable appreciation.”