Which out-of-the-box apps are Free Software?

Basically, I believe the “fair” solution as regards to software is that we should always have the right to run, study, modify and redistribute any software we use - which is rather a prerequisite for “owning” it, so having 100% free software is very much in the Fairphone’s spirit.

At first I thought this was already the case, as the legal information in “About this phone” only includes “Open Source Licenses”.

However, the phone seems to include proprietary firmware (maybe inevitable at this point) and some of the apps seem not to be free software. How do I find out exactly which apps are covered by the “open source licenses” and which are not? I’d like to delete all the latter and only keep the former. And then I very much hope that future versions of the Fairphone will build on 100% free software. The “End-User License for Fairphone OS” (https://fairphone.zendesk.com/hc/en-us/articles/201359553) is not just not free or “Open Source”, it’s actually quite unacceptable for anyone with an interest in free software.

The best case scenario would be that each app is open source, its source code is easily available, there is no proprietary firmware because all hardware has open specifcations, and the EULA on the URL above should state that you, the user, is always allowed to use, study, change and redistribute the software as you want.

This should be the out-of-the-box experience of an actually “Fair” device. If people want to install proprietary packages as e.g. the Google apps on top of this, they’ll of course be free to do so.

And in order not to sound too negative, I’ll add that the Fairphone is a step forward compared to other Android devices. It comes rooted, and you’re not required to have a Google account to use it. That’s really worth a lot! As I want the project to succeed, I’d also like it to give complete software freedom out of the box, as that’s actually the only fair way to deal in software. Fairphone should not settle for anything less.

I’m eagerly awaiting my Fairphone - I just got the email that it is on its way - and I wanted to add that I have the same concern as Carsten. I’m disappointed if it is indeed the case that not all applications are free and open source software on the Fairphone!

For the firmware and drivers it is understandable, since nobody else has been able to solve this satisfactorily yet, but for the applications, since they were written especially for the Fairphone, this should really be expected. Please release them as open source, so that the Fairphone can be fair to its users as well!

The Fairphone has a goal of having a long life cycle of the phone, including ability to repair and reuse the phone. Here the software has as big a role as the hardware! The software needs to be open, repairable and reusable as well!

First of all, let’s make a clear distinction between “free” (as in beer) and “open source” software. They aren’t synonymous and software being either one doesn’t automatically mean it’s the other as well.

Having said that, see this topic about an ArsTechnica article on FOSS on a smartphone (Free Open Source Software). The gist of it is that a fully FOSS solution on Android is still pretty much just a pipe dream.

Jerry, in this context “free software” refers to software free as in freedom. But I’m glad you brought the distinction up in case someone is confused by the two meanings of “free”, I always forget to mention it

The ArsTechnica article discusses the range of FOSS applications for different tasks you want to do on your phone. I agree that there are still not enough FOSS apps, and the quality could be improved. But this is not what I am talking about here, Fairphone users are free to install the Google Play store and install whatever proprietary applications they wish. I’m saying I want the applications shipped with the Fairphone to be FOSS, this should be quite feasible and have nothing to do with the point of the article.

The formal definition of what is “Free Software” is that it abides by the Free Software Foundation’s four freedoms.

The formal definition of what is “Open Source” is that it’s in accordance with the Open Source Initiative’s Open Source Definition which is based on the Debian Free Software Guidelines.

Not coincidentally, these definitions overlap almost completely, and for all practical purposes, the software people designate as “Free Software” can normally be taken to be “Open Source” as well - and vice versa. The most common “Open Source” license is in fact the GNU GPL, which is also the iconic Free Software license.

This does not mean the term are synonymous: The movements are very different. The Free Software movement is about consumer protection and individual freedom (and is thus a political movement), whereas the Open Source movement is about development methodology. That’s why I think free software is the more important movement.

Having said that, you’re right that “software being either one doesn’t automatically mean it’s the other as well”. But it almost always does. The movements are very different, but the software and software licenses they’re about is, paradoxically, largely the same.

Then a good goal for Fairphone would be that all of its software should be free and open source out of the box.

You can use the Fairphone with Android AOSP which means no Fairphone OS and no need to install Google Apps. For the majority of users though, they’ll want/expect Google Apps out of the box. Even though I prefer open source apps, Gmail & Gmaps are a must - I’ve used many an app as a replacement but always rotated back round to google.

Please note that this is entirely my personal opinion as a supporter of the Fairphone and its mission as well as a happy customer and community member.

The closest you can get towards a mainstream and free software smartphone is a old Nexus device (and replace the installed os with Replicant based on AOSP) or a Firefox OS developer phone.

I 100% agree with you that the open source is in the spirit of the fairphone, but please consider the organizations size and possibilities. Currently they are still trying to get a kernel that we can compile ourselves from mediatek – see xda for more details.
Your are also very welcome to join us on xda trying to get custom kernels running (which is a prerequisite for cyanogenmod port etc as i understand). But i i have the feeling that open source is not a top priority for fairphone right now. And actually: I think that is perfectly fine!. One step at a time

PS: let’s make a list of non free apps pre-installed. Maybe we can do this i a community effort? We could start to collect them in this thread. I think non-free apps are mostly additions by Mediatek, the chipset manufacturer. Also there are some complicated cases like apps that are part of aosp but more or less modified by mediatek (messages for dual sim, email, camera app). But i do not think they should be removed before equivalent or better free alternatives can be provided.

but for the applications, since they were written especially for the Fairphone, this should really be expected

I think the fairphone custom apps are here: 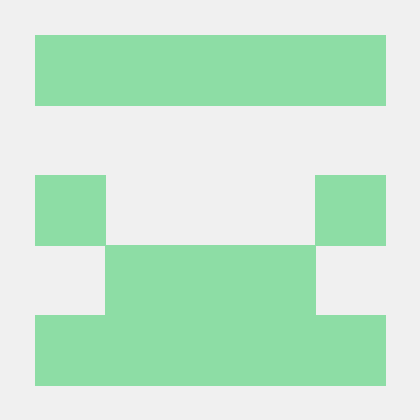 Thanks for your considerate response! I can understand that the Fairphone is not 100% FOSS at the moment, as you say it’s a pretty hard task for things like hardware firmwares and drivers. I can also appreciate that things like fairness for workers, and not using conflict metals are of higher priority than FOSS (I agree). But I would hope to get at least the basic apps as FOSS, since that should be an easy thing to do. Making a list is a good starting point, and then pressuring Mediatek to release their changes - if they have built on top of ASOP they should contribute back to the FOSS community!