I had two 3D printed cases for my FP1, but once the phone fell down, they broke. I just had the second one broken only 2 weeks after buying it… Does anyone have an idea where to get one? I am looking for a case that always stays on the phone, maybe a bit more elastic than pure plastic. I don’t want one that needs to be taken off or opened in order to use the phone. When FP1 was released, that kind could be ordered from the FP site, but it’s not produced anymore.

There are still quite some FP1 users out there, so I’ll update this thread: Even though my old case was still fine (even though the black has faded to something more blue-ish), I finally bought a new case by shapeways – roundwithgap – that has a little extra feature: the custom-made case now has an additional gap/notch so you can use the Quick Access App more easily. I’m totally happy with it.

You can choose a flexible material during the checkout process. I recommend to search for “discount code shapeways” in your preferred search engine. They always have discount codes for free shipping (which change every month unfortunately).

After 3 years of searching for one I at last found a case that fits my FP1. See pictures.You have to look for a case meant for a S36H (Sony 36 H or Sony Experia L) . It fits perfectly well. I found it in a Chinese shop when on hollidays. This case is a kind of booklet, but in the internet I found similar cases without the cover, like on this site: https://shop.brando.com/sony-xperia-l-rubberized-back-hard-case_p09924c1585d004.html 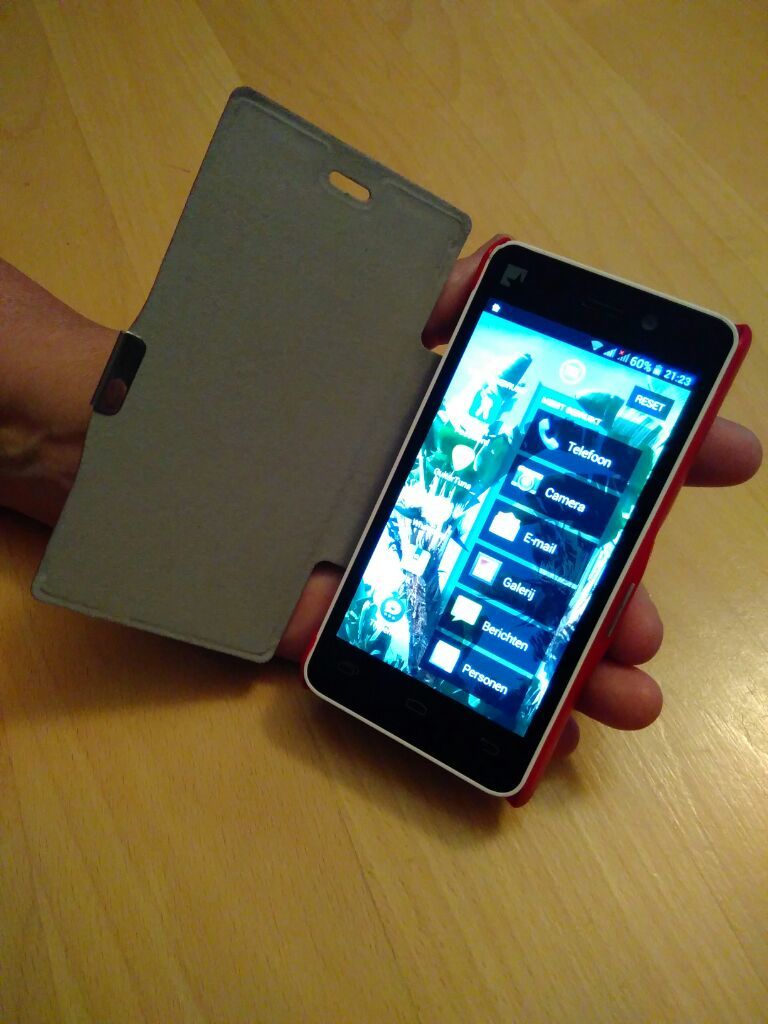