What is the advantage of FPOOS + OpenGAPPS over FPOS?

So, I just installed FP Open. Now I am a bit confused as there are all those Apps like Calendar, E-Mail, Contacts, … already installed. I thought that they are part of the google ecosystem – are they not?

No, there’s a difference between Calendar and Google Calendar, Contacts and Google Contacts, E-Mail and GMail, et al. The formers are vanilla Android apps (part of AOSP, open source apps without any relation with Google Services), and the latters are obviously proprietary Google apps (part of GMS, full of spyware and shiny stuff that drive people crazy)

in the settings of the Calendar app, there is an entry “about google calendar” – so this means it’s still an app from google but does not use GMS?

Please, answer these questions in order:

It really says “about Google calendar” on OpenOS, I just checked it and I’m sure I run OpenOS

Are you sure you’ve installed FP Open?

Did you install any GApps package over FP Open?

Can you uninstall Google Calendar on the system settings?

not sure. in the Apps settings i can “force stop” and “disable”

Is there other Calendar app on your phone? 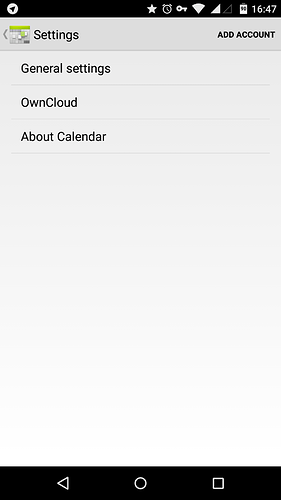 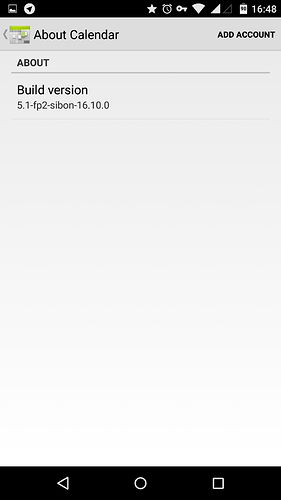 ok, luckily @Stanzi saw it too, so i know i am not crazy. because now for me it looks exactly like in @Roboe 's post too – no google. o_O

I have OpenGApps pico installed, but i think this does only contain the Google framework and the Play Store. But just to be on the safe side, I deactivated the calendar since i have never used a calendar on any of my phones yet.

Note that pico package includes a total of 7 apps, but just two of them are interactive (Google Play Store and Google Play Services)

With regard to signal and push, check out conversations (on fdroid or google play). It works with google push service, but also without. I tried both ways and battery life was comparable. So messaging without GMS is possible.

So messaging without GMS is possible.

No offense intended, keep calm :-). You mentioned that Whatsapp, Kontalk and Threema were working without GSM (Signal is not, so it really depends on the app). I was mentioning Conversations as it is currently the best XMPP/Jabber client in terms of UI and security and it is available on Play Store and Fdroid. Also, the conversations author (not me) has been measuring battery impact, finding it to be negligible.

not only not on my phone but not at all

just to make sure again: it says “about calendar” now. but it definitely said “about google calendar” the first time i opened it. this is really weird.

EDIT: OK. I solved the puzzle. It says “Über Google Kalender” if the laguage is set to german and “About Calendar” if set to english. Tadaa…

Nice! Mine is in French and says Google too. Did the translators get lazy?

So messaging without GMS is possible.

Messaging with Signal is possible without GMS with the fork LibreSignal. You can find a repo for fdroid here: https://fdroid.eutopia.cz/
Works so far fine here.

I definitely can reproduce the error changing system language to French, Dutch and German. I wonder where can this be reported, because it is not fault of the FP team, but Google’s (AOSP maintainers).

What an annoying issue! Thank you for solving it,

shall we continue the discussion about messengers here?

I think neither topic is the best place for this discussion so I’d suggest continuing here:

This is a Wiki Post. Everybody can add information by clicking the green pencil above. Continuing the discussion from Threema, a good alternative to Skype?. Signal (Former TextSecure and Redphone) Platforms: Android, iOS, CM, Desktop (Browser) Can (video) call and send texts, photos, GIFs, videos, audio, contacts, location, arbitrary files, etc. [up to 100MB] :heavy_plus_sign: end to end encryption (audited and trusted by the crypto community and endorsed ie by Edward Snowden) :heavy_pl…

@jme Is your original question answered to your satisfaction? Then I’d close this topic.