I moved 8 posts to a new topic: How to uncheck “unknown sources” for F-Droid

Does GPS really improve that much with Gravity Box? Occasionally my phone also seems slow to get a GPS fix. Does that improve noticeably?

Are there any drawbacks to installing the Xposed framework (it is necessary for Gravity Box, isn’t it?).

As far as I understand it the Xposed installer itself does nothing, it’s just needed to install the modules. So there is no drawback.

Gravity Box has a fix if you have the problem that your location is sometimes calculated inaccurately although you have a GPS fix. It doesn’t help with the TTFF (time to first fix)

It (Gravity Box) improves accuracy mostly, not speed of getting a fix. That is unfortunately still “hit or miss” sometimes. What I’ve found helps is: only try to get a fix when you have a reasonably clear view of the sky, and have the phone unplugged. The phone can be plugged in once you have a stable fix, and it will hold onto that fix reasonably well.

Gravity Box indeed needs Xposed. There’s no downsides to Xposed in my opinion. Except that you do open a potential hole into the system. So you’d better know what you’re doing.

AFWall+ (permanent)
Autostarts - for getting rid of repeated searching for FP updates. Have also blocked autostart of a number of google services that I don’t use.
DiskUsage - for clearing internal storage before the unified partition update was available, don’t use it any longer
F-Droid
FP Updater (permanent)

Good point. I am using AIDE (http://www.android-ide.com/) to do development on my fairphone. Then I need access to the “closed off areas” of the file system to debug and check the files my apps are creating, so I have installed a file browser and a file editor that both are running with root acces

Power Toggles (permanent) - a widget actually. Don’t know why it requires root access but it does, e.g. for enabling GPS

You (unfortunately) need root access to use different passwords for device encryption and screen unlock: http://nelenkov.blogspot.de/2012/08/changing-androids-disk-encryption.html

Here’s the list of root apps I’m using on my Sony Xperia V:

It’s also trivial things like on my tablet I used root privileges to get rid of the annoying boot sound.

GravityBox doesn’t want to function with my (rooted) FP2. Any known reasons? Xposed module warns me about soft bricking the phone… 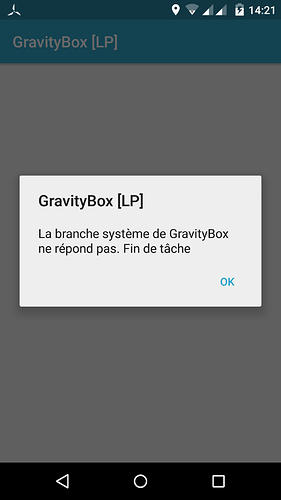 Look here: Flashing XPosed Framework to the FP2 with and without custom recovery

Closed, as topic has become target for spammers. Contact @moderators to reopen if required.