Hi everyone,
Finally got myself a Fairphone - been wanting one fort a while, since I first heard about it several years ago. I’m in the UK so I’ve got mine from The Phone Coop. Very pleased so far - it’s a Factory refurbished Fairphone 2. Thank you for the support videos - I used to see how to get the back off and back on again!
I teach a Masters degree in Social Entrepreneurship at Goldsmiths, University of London, so I use Fairphone as an example a lot. Many thanks to all of you.
Warm regards,
Richard

Welcome to the forum, @richardhull! Great to hear that Fairphone is being taught on universities!

Maybe you want to connect with the London Fairphone community?

HI there - I'm happy to help organise and host an event in London to support users and promote fairphone to those not in the know! However, I have limited technical skills, but plenty of confidence and a few quirky ideas that could help drive awareness (meeting up over a cigar in central London for example? You can still smoke inside in the cigar stores of St. James' and I know they'd let us host an informal gathering). Please do reach out if any ideas, questions or just to say you are here …

My name is Ingo. I’m not exactly new, but as I joined the Fairphone Angels (for Hamburg) about three weeks ago I thought I could write a few words

The Fairphone 1 was my first smartphone ever. I had read about it in the computer magazin c’t a couple of times and already knew about the fair mouse by NagerIT. When it came close to the end of the crowdfunding phase and it looked realistic that the target would be reached, I thought “Why not?” and joined the Movement

It seemed a little risky to spend 300€+ on a device where the company didn’t actually have experience in producing a phone. What made it ok for me was the fact that they wanted to use an existing design. Otherwise I would have stayed away.

The most important aspects about Fairphone for me are the conflict minerals and working conditions. Fairphone didn’t just want to avoid Congo altogether and for the working conditions they had a set of improvements they wanted to implement at the manufacturing site (if only for the time the FP1 was produced). Still, this seemed to be a lot better than any of the big smartphone players. That basically was what convinced me to join. Sustainability was of minor concern to me. The only requirement - which the FP1 met - was to be able to replace the battery myself (also something not too common for other smartphones), as I had to do this for my previous dumb phones a couple of times.

Now, a little more than 3.5 years later, the FP1 was a success if you ask me. Sure, support has ended. But mine still works. No damages. No important app that I cannot run. And in general it’s already better than my expectations. From what I read about smartphones in general (typically in use 2 years max, often less) and Android in particular (even big players don’t update all their models to new version of Android and often don’t fix all security issues), I estimated I would maybe use it for around 2 years and wouldn’t get any major kind of update. But it did with the “unified storage” update (some of my friends still suffer from “no space” problems as their models still have some clumsy storage layout).

Ok, other than that I’m a software developer (not mobile, though), have spent a couple of years attending local linux user groups, and am currently helping out people at a local monthly meeting where people from the neighbourhood can come to if they have issues with their laptop, tablet or smartphone.

Welcome to the forum, @Ingo, formerly known as @brackmeister.

And especially welcome to the #fairphoneangels program!

it’s time to introduce myself to the forum. My name is Felicitas and I was working as Document- and Output-Management Specialist for a long time. As I was Support Manager at Xerox I’m also familiar with printer software and connectivity.

I started using electronical devices when the first Palm Pilot came into the market. My first smartphone was a Palm Centro, then all versions of the Palm Pre (exept the Veer, that was too small). WebOS was such a good one, Apple still copies its functionality. I switched then to Android with MotoG, OnePlus etc when my daughter pointed me to the good concept of Fairphone and here I am.

Due to my ludic drive my FP2 has to suffer

I switched from the stock OS to FairphoneOpen, found that apps I like are missing and tried to go back. And this ended in disaster

The screen turned to black, it’s still possible to enter fastboot mode, but the flash script hangs after verification. So I’m grateful that there are #fairphoneangels and will contact them for help.

Welcome to the forum, @felitas!

The screen turned to black, it’s still possible to enter fastboot mode, but the flash script hangs after verification. So I’m grateful that there are #fairphoneangels and will contact them for help.

Edit: I see that you found a solution:

Can not go back from fairphone Open to Fairphone OS

Problem solved: the unix script must be run as root. It wood be good to change the Manual Install guide accordingly. I am much obliged to #fairphoneangels, esp. @explit

3 posts were merged into an existing topic: Can not go back from fairphone Open to Fairphone OS

New to the crew. Heard about the phone a few years ago but now I’m fiiiinally trying to get my hands on one!

Just moved to the Netherlands as an au-pair and loving it.

I’m Jasikaran from Baar in Switzerland. I’m a Fairphone 2 user since 2015.

My Hobby is photography // visualscroll.net 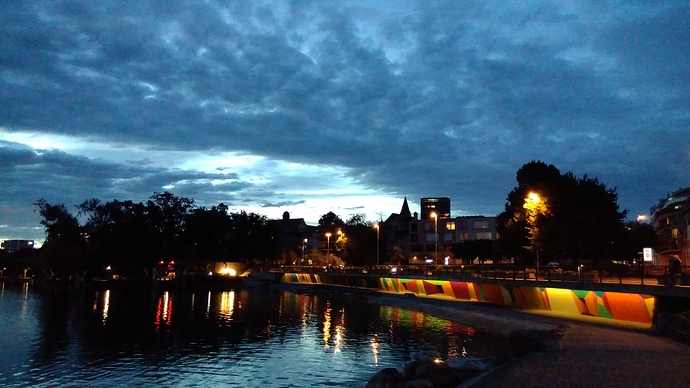 My nick name already discloses that I am from Neuss, Germany - desparately awaiting my FP2 hopefully next week. My wife uses her FP1U for quite some time now and is as happy as I am impressed. I think it’s worth the price if software updates continue for at least four years (even if it’s no major Android update, but just security updates) - and if there is the option for module updates, even better. Actually the camera update sold it to me in early September, otherwise it would not have met my specs.

I just love the idea of making the manufacturing fairer and at the same time, allow for self-repair (changing a phone or laptop is a pain and waste of time!), and join such an active community. Hopefully I will meet some of you sooner or later in the Düsseldorf or Cologne area!

Welcome to the forum, @jasi @fneuss!

hy i am irene i am from pakistan I first heard about Fairphone from a friend, just before the launch of the crowd-funding effort took place and when I saw what the Fairphone team were trying to do, I was immediately sold. Ethical products are very important to me and Fairphone are trying to do something important and unique in the technology market and really leading the way.

Welcome to the forum, @Irene_Chennia!

I hope that they will one day also sell the Fairphone in your country.

When I’m not drawing sketches and wireframes, you can find me watching a lot of TV shows or hanging out around raccoons in Artis, the Amsterdamer zoo!

I’m not sure I’ll be really active here, but I’m trying to read your stories, thoughts and comments on a regular basis to get the pulse of the community. So if you have any issues or feedback about the current website, feel free to contact me!

And on my side, I’ll try to figure out how we can design an always better experience together.

Nice to join the Fairphone community. I am the new “head of content” here in the office.

I come by way of Greenpeace International and Friends of the Earth International. My team at Greenpeace did the digital work for several campaigns focusing on tech companies like Apple and Facebook. So I’ve been part of the movement for fair and sustainable electronics, but always from the problem side. That’s still important, and I am glad Greenpeace is keeping up the pressure. But I am glad to be able to help make one solution a reality.

It’s nice to see Faiphone keeps expanding, I just hope there are some new support members too.

Hi all of you

Im from Switzerland near Basel, and got my FP2 1 Year ago. I was very happy with it and really love to support this change for sustainable electronics.
I joined the community today because my fairphone doesn’t run since 3 Months now… Today i have been installing a new display, battery and bottom module - it still doesn’t work… The Phone seems to be working (because of the LED and the vibrations when i start it), but the screen stays dark. I tried different things, for example to install a newer version manually, but it didn’d help… So i really hope to find some help here, while slowly losing patience…

So best wishes and good luck to you guys

Welcome to the forum Tabea!
Could you split the part of your post about your issues into a separate topic in the #fairphone2help category? Thanks.