Hi everyone!
Just registered a few Hours ago. I’m lurking around here since I ordered my FP2 in July. I nearly ordered a FP1 last winter, but I decided to wait for the new one.
I was fascinated and exited about the construction because I’m a technician and I like the way FP trys to change the way things happen in the electronic business.

CU in the FP forum
Franz

Bonjour ! I am Sylvain. I work with the Customer Support team at our amazing office in Amsterdam. I will be glad to answer your questions about Fairphone in general or your issues with your lovely device, especially in French and Spanish.You can test my German occasionally.

After a master degree in Political Sciences, International Cooperation, Development and Risk Management in Developing countries in France, I spent five years in Latin America. There I worked for a large range of development and humanitarian projects in Bolivia, Colombia and Honduras at the UN, NGOs and governmental cooperation. I am particularly interested in a couple of big issues we have in our not-so-fair world, as freedom of speech and privacy issue, natural resources exploitation and climate change among others. 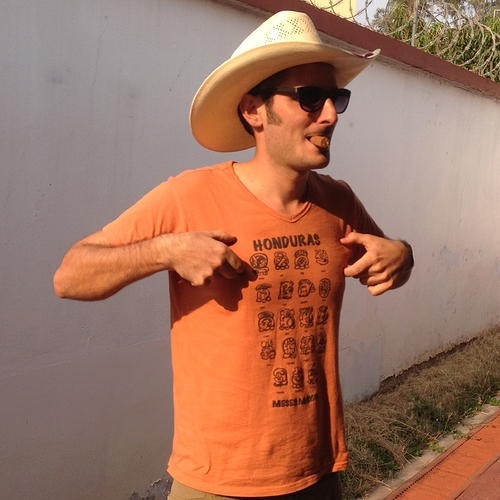 I was among the first backers of the Fairphone 1 back in 2013. Since then I passionately followed Fairphone’s disruptive and holistic approach to change the way electronics are made. I eventually joined the team in October 2015 and landed in The Netherlands. After all these years where biking was like a jungle expedition, I really enjoy my arrival at this bikes paradise!

Hi all !
I have been around the forum for something like two month and i noticed that i never introduced myself

I’m Romain, a french 22 yo techie guy that discovered that fairness could be really cool, and a “must have” if we want to live in some kind of peace for a long time on this planet

More generally, i became sick of Google and other big companies selling overpriced things without any respect from bottom to top of the supply chain, sick of the generalized obsolescence that is around phones and electronics, and most of all sick of the sensation that i don’t really own my smartphone.
I recognize that i had 3 smartphones in 4 years which is not good in any point (except for my oversized ego concerning “last technologies”), and with my future FP2, i intend to change that, and be proud to own a phone for a long time !

Please tell me why You point only to Google, which started in 1998, while Windows and Apple, as well as other companies, are manipuliting people much longer than google, and because you talk about Google selling overpriced, think about Bill and Job…

I have no comment about FairPhone, simply because I’m still waiting the delivery, while I payed since…don’t remember !

Just to let You know: I started creating computer programs in …1974 !, and I’m not that stupid to change GSM’s every year !
I still use a old Nokia N9 since 5 or 6 years from now, and have no problems at all (so far !).

Oh, I didn’t made a clear sentence. I’m sick of Google AND sick of companies that sell overpriced things.
I m sick of Google because of the privacy issues and the fact that Google is absolutely everywhere (and now even in military robot).
About the device longevity, I m bit like a kid, and I like to have the last hardware and every phone I had where great in there time, but some had motherboard issues (my former Motorola razr hd), some lacked NEON instruction set, this blocking me to a laggy 4.0, even with cyanogen(optimus 2x, which died very recently in the hand of a friend), some where just fragile and completely irreparable (xperia z3c)
Yes, I could have used the optimus 2x myself for longer, yes I could have tried to repair the razr hd, yes I could have tried to repair the z3c( involving hair dryer, glue, 150euro for a screen, a possible failure), but I always preferred the last tech!

after starting posting I should introduce myself

I read some years ago about the Fairphone project and was very happy that there are plans to offer an alternative to all this exploitation which happens during building a phone. I’ve read so many “Südwind” and other articles about the unfair production and was happy that finally there is a chance to use a phone without supporting these companies.

Hi, After one week using my new FP2 I will share my first impressions: Delivery: unexpected fast (30.12.2015). I was surprised to receive the phone before new years eve in Vienna/Austria

Packaging: The paperfoam box looks nice, the box was a little bit shifted, but protected the content very well. Manual: Basic intro to the phone. A larger manual to download would be helpful (e.g. did not know what the WiFi Icon with “!” stands for) The phone: calls: much better call quality, …

A bit about me:
I was born in upper Austria. I live in Vienna/Austria. I studied biology/ecology but work as a Senior Service Support Engineer now.

Hey @werner_noebauer welcome to the forum and great you are already contributing!

I’m Markus, live near to Cologne and a proud FP2 owner for a few days now!

My last phone was an Xperia Z where I have Cyanogenmod 12.1 installed. Worked fine but after almost 3 years of use and a few drops it got some hardware issues. Repairing isn’t that easy because this phone is fully sticked together. That’s one of the main reason why i had decided to bought a FP2.

Now I’m waiting patiently for a root tutorial to use AFWall and Xposed Framework + XPrivacy again.

Hello, I’m Stephan, living in Germany (near Erlangen / Nürnberg) and since two days one of those proud owners of a FP2.

I"m reading the forum for months and now registered for being part of the (online)community.

Hi guys,
Im Moritz, living near Nuremberg in Germany. I got my FP2 just 3 days ago and I’m super happy with it so far. It replaced my old Sony Ericsson W810i, which celebrated its 9th birthday in September last year

So my expectations for a long lasting phone are quite high

So much for now. Read you all very soon!

Hello,
I’m Tommy/Toking, living in Germany (near Nuernberg). I ordered my FP2 in December and I’m looking forward to get my hands on it.
ATM I’m using iPhone and I only change to android because of the Fair Concept of Fairphone. I hope the idea spreads widley in the world and a lot of people change their minds to fair products.
Hope I can be part of the FP2 Community and get involved.
Greetings Toking

Looks quite like it and I moved to Bamberg recently. So if you @StephanNo, @Moritz or @Toking are to organise some meet-up, I’d be interested in joining

I’ve been reading and posting on this forum for a while, but I’ve never properly introduced myself. So hi, I’m a Dutch student and I’ve had my Fairphone for over 2 weeks and I absolutely love it!

Maybe… Franconia got a Tatort-Team, and now a lokal Fairphone Group.

(Bamberg is just 25 km from me @merci

Sound like a good idea. I’d like to wait until I recieve my FP2. But then I would surley join a meeting in Nuernberg. Perhaps in Febuary. Is there an extra section in this forum for Local group-Announcements?
Grettings