I’m trying to live without Google apps. It works fine so fare. But there is something I am really missing: Google’s Voice Input - that is, speaking text to a messanger or any other program instead of typing it.
Does anybody know about such apps?

Thank you in advance

Hacker’s Keyboard has a voice input feature according to the app description. I don’t have any experiences though.

MessageEase also has voice input, but it needs Google (dis)Services in order to use it, I tried to install Hacker’s Keyboard to test the voice input but I’m not able to use it, maybe there is some dependence removed by the F-Droid build? I’ll check the system log for errors as soon as I can for further investigations

Thank you for your replies.
I have tried Hacker’s Keyboard myself. And as it is the case with so many keyboard apps, it seems to need Google’s Voice Input feature, too. At least, pushing the microphone key leads to no reaction. So I’m afraid, it doesn’t fit as a solution.

So far I enjoy living without Google. But still I’m missing the capability to write text by speaking it. Sadly, it seems that any Keyboard app offering voice input depends on Google stuff.
But searching the internet, I have found the “S Voice” app. It is an old app that was designed for Samsung. It can be downloaded from S Voice on Chip.de (German) where you can also find a german installation description. (An english description can be found on forum.xda-developers.com.)

The descriptions say, you need to manipulate a system file to get the app run on Non-Samsung phones. Though this manipulation is not that big (just a text file where you have to change text), I have failed and ended up in my Fairphone booting nomore. So “not that big” if you know right!!!
Before trying again, I’d like to know whether there is already any experience with S Voice on the Fairphone here in the forum. Please, report!

If you speak Estonian than you might try Kõnele for voice input. I watched some “Learn Estonian” videos and tried it out, it seemed to work fine. On Github someone asked if Kõnele can also support English, the answer seems to be that it would work in principle but someone has to setup a server. So maybe you want to play with that.

So I have tried it once again. Surprisingly, this time S Voice worked in a way, even without manipulation of the build.prop file. But it didn’t worked as a solution for the Voice Input issue.
So, I was able to open the app and to talk to it. And the app even recognized my words.
But when writing a text in my messanger (Threema, by the way), pushing on the microphone key still lead to an error message telling that I had to install Google’s Voice Input from the Market. That’s all.
Same situation after having (sucessfully) manipulated the build.prop file as described on forum.xda-developers.com (see my last post above).

So, S Voice isn’t able to bring Voice Input to a de-googled Fairphone.

I have tried to find an app for voice commands that does not require google play services. On my previous phone (with google account) I used Utter, which was nice and free: 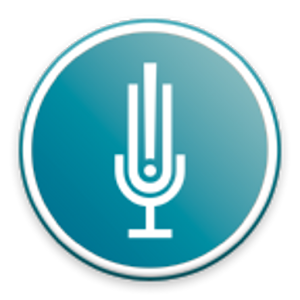 But that one uses google play services as well.

Does anyone know a voice command app that I can use without google?

I was wondering wether S Voice would autostart it and when it does not run smoothly after altering “just a text file” that it could hang the system. But Kristof wrote it is the build.prop file talking about. Well, this is a very critical file of the Android system and issues in this file may cause “unwanted behaviour” (you can read the warnings everywhere). Usually, backup will be helpful. How did you solve it?

@Amber, @jerry1970 and others:
I think it is very interesting if you get voice input working without Google Apps. Maybe you could open a dedicated thread to that topic?

I moved the posts from Alternative Apps(tores): Living without Google.

Rethorical question: why on earth would anyone who tries to live without Google Apps use such a feature?

You should do some research on how speech recognition works. This is a good start:

If you thing about it for a moment, and reflect on the term “statistics” and the buzzword “big data”, you might realise that most of those services do not run on your local ARM processor, but transmit audio data to a large cluster which processes the data and returns the text.

You can also watch google’s own PR video. At least it has some facts included.

It will become possible to do this on mobile devices without “cloud” services (aka: computers of other people), at some point. But it will take some time to achieve this. And some processing power. But hey, then, this stuff moves faster than a bullet train. Just remember, this was five years ago:

My advise: If you use these features, be aware which service you choose, which clusters are behind it for analysis, who collects the data, and what data does the app collect besides audio.

Swype, e.g., uses Nuance, as does quite probably do Apple, and even Google, AFAIK (which both have own research groups working on speech recognition, of course, and enough servers to run this shit). Swype also reports your location, constantly, to improve service.

tl;dr: speech recognition is non-trivial. If you want it to work for text entry, you will need Google and/or Nuance. Alternatively, wait some years.

If you use the right text editor, doing the necessary manipulations for the usage of S Voice will probably cause no error. I have used the text editor of the file explorer “Amaze” without any problems. But I don’t know what exactly had caused an error on my first trial which had been a failure.

As S Voice didn’t seem to be able to bring Voice Input functionality (or better said: Speech-to-Text functionality) to my de-googled Fairphone.
So I haven’t tried S Voice any further, and therefore have no profund experience with it.

I am also longing for a speech recognition. So I’m thinking about installing pico gapps or something like that. Does anybody know which google service I need for just writing to threema by speaking without the need of speaking commands to my phone?
Thanks, Barney

I dont like my phone to listen at all to what I am saying as far as possible.