Judging from the pictures of the IFIXIT teardown, this motor should be not too difficult to change.

You do need to open the bottom module, though. There are multiple metal and plastic tabs that hold the cover and base of the module together. I haven’t actually tried, so it may be quite simple in reality, but to me it looked like it would be a rather delicate operation to unclip all tabs without bending or damaging them.

Hi there,
I noticed, that in TWRP Recovery is a possibility to change the intensity of the vibration in the options.
So there should be a way to reduce it in the OS itself right?

Did you try if changing the setting makes a difference? (I don’t have an FP2 as the FP1 still serves my needs, so can’t try this myself).

It makes a difference
The vibration motor makes less turns when the intensity is low.

It makes a difference

Does the intensity you set in TWRP perhaps stay the same once you boot the OS again, or does the OS reset its own intensity?

I’ve found that over time the vibration sub-module seems to suffer from wear-and-tear, making it vibrate weaker than when brand new. Perhaps not the best answer, but give it a few months and your phone’ll be fine…

For the hard-core tweakers, it should be controllable by tweaking the PWM controller. Parameters seem to be documented in the Fairphone kernel and controlled in the device tree part of the kernel (or here or here). That is… assuming this device tree node is the right one for the Fairphone and not a generic node for a different device. I suspect you want to tweak the imagis,pwm-div and imagis,pwm-freq parameters. If you’re game you can roll your own device tree and boot the Linux kernel with that instead of the standard Fairphone device tree (which will presumably take a bit of adb or fastboot toying). Perhaps @z3ntu has already taken a look at this?

The driver for the vibration motor found in the Fairphone 2 is called “drv2603”. The sources you linked are in the kernel source but have nothing to do with the device tree being used by the phone, but are from the Qualcomm sources.

I don’t think that the motor in the FP2 is connected to a PWM pin but only to an on/off pin. In the kernel source there is a definition for DRV2603_VIBRATOR_PWM but it only really gets used in the call gpio_direction_input(DRV2603_VIBRATOR_PWM); which sets the gpio to input which doesn’t really make sense (as pwm is output).

So vibration strength is mostly the duration the motor is active (e.g. 10ms is very light and 100ms is pretty strong) and not configurable software-wise as far as I know.

…where is this message/proposal now someone just posted for new replacement motors of the FP2 supplier???..

Anyway technical specs are valuable as these motors are more general as most people think. According to this or this it’s important to know the voltage, rpm, and of course the measurements. Within these specs there are a lot of variations possible as replacement. Anyway someone is needed capable of soldering to replace the part.

…where is this message/proposal now someone just posted for new replacement motors of the FP2 supplier???..

It was clearly spam, so it’s gone.

If my memory serves me right, there was another thread to that behalf already. I did some searching then and had the impression, that the motor woudl be easy to change. No soldering needed. Look at the iFixIt page for the FP2, where they take it apart.
I guess, the strength of the vibration is also (or mainly?) caused by the rpm of the motor. With some motors this can be adjusted softwarewise. But that seems not to be the case with the one used for FP2.
Different strength of vibration from one FP2 to the other would then be caused by variations in production, as the rpm are presented like e.g. 10.000 ± 2.000 rpm, which results in this example in one phone’s motor turning at 8.000 and the other at 12.000 (i.e +50%).

Another option would be to cut a whole in the cover where the vibration motor is so it can’t hit against the cover.

Is it?
Well it shouldn´t as both cover types therefore keep cavities for it not to touch it, up to now I could not make out any marks. 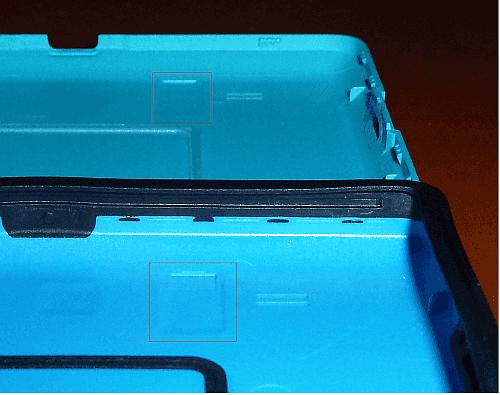 I don´t see any reasonable cause why there are three sound settings for audio adjustment, but none for the vibration. Yes, it´s to some point implemented in proprietary drivers, but that´s only software which can be changed. I wonder why after several OS iterations no higher priority was put on an option to adjust the vibrating as it obviously is as individual as each device.
Vibrating does not automatically mean very low noise, but as it turns out ugly volume sliders are more disturbing.

Generally it should work on FP2 as it is already customizable for the keyboard input feedback. 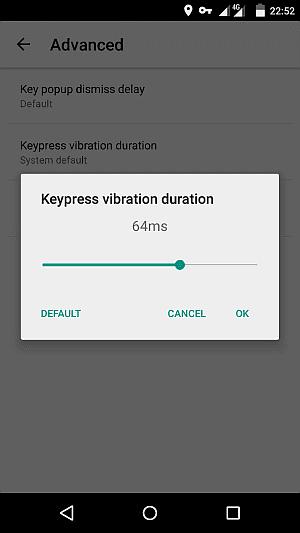