The forum: How are we doing?

Now that we’re two weeks into the new forum (wow that was fast), I’d like to take the time to reflect on how it’s going.

As Community Manager, I’ll be soon meeting with members of the support team who are helping to moderate issues here, as well as our community moderator, @Chris_R so we can improve some processes.

I like it very much. @chris_r is very active and present and does a very good job. The support team is there if needed.

Forums software is great in my eyes, never had so much fun posting in a community.

At last: The community itself is great. Very helpful people, no trolls etc.

The feel of the forum is good too, I quite like Discourse as it turns out! On the other hand it is somewhat different from other fora, so it might be useful to have some helpful links explaining features in the welcome post might be useful for people who haven’t used it before.

There is the playground post, for example, but there are probably others (eg from meta.discourse.org) that would be helpful too. It would be useful if Discourse had a proper user guide, but they don’t seem to…

I don’t care much about all the “liking” posts and whatnot, couldn’t give less of a -edited- … poop… toward all that.

But other wise it’s readable enough, I think.

You cannot be serious? You ask for opinions, I give mine and get censored???

I’m honestly flabbergasted at this…

edit: ok, so a couple of forum users flagged my post so it gets censored? I’m strongly against that. I don’t care much for forced “democracy” either.

Discourse is nice and the level of activity is a lot higher than I expected. Maybe the 1.6 update and 2nd batch shipments are drawing people in though.

Hi @zoidbergForPresident I did send you a private message relating to this. Sorry you feel this is harsh to ask you to change some of your text, the forum is a public place and there are rules we ask the community to adhere to as I said in my PM. We don’t want to censor you, we just ask that you write things with respect for others. If you want to chat about please feel free to PM me back

Also if you want to contribute to the forum rules, you can let us know what you think in this topic too.

Replying to myself, I found a couple of links that might be handy for people new to Discourse to have either in the welcome topic or welcome message.

There is Is there a user manual or list of features over on meta.discourse.org. There’s another post towards the end, which links to a basic user guide (note: not complete at time of writing); it has: 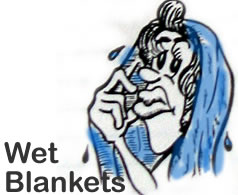 Can we get a Usage Guide alongside the FAQ?

I’m gonna throw a on this. Who exactly is going to read this? Tell me, who do you know that reads the usage guide for Halo before putting the disc in their Xbox? (You’ll note that the “manual” for most games is that the first level is a...


From heid yin Jeff At. Naturally, given what I’m posting, I disagree

Edit: It’s worth checking out the FAQ section on meta.discourse.org too.

The forum is much much better then the previous one. And is it just me, or is the FP-staff more interactive/present now? Or does it look that way, because replies are better traceable?

Keep up the good work!

I’d prefer, if the moderation would merge similar topics. For isntance: t’s quite exhausting to browse through 5 or 6 “These are experiences with my case” threads. (I know that I’m responsible as well for opening up one of them

I think for reasons of being able to find information and to properly discuss topics it would be a good thing to merge similar small topics to bigber threads containing all of the discussion, or closing small topics, telling the creator to continue discussing the topic in the best fitting existing thread.

Then again, I have no idea if that can easily be achieved with the Disquuss software.

I think the new forum is great. It looks nice and is easier to use than the one we used before (somehow I couldn’t use the search on my FP with the old forum…)

One suggestion: If there are already some threads on similar topics, why not create a new subcategory?

The threads seems a bit unorganized because the new forum lacks this old style hierarchical view. Maybe some more subcategories would help out of this.

Discourse makes some interesting (and mildly controversial) design choices, and their method of displaying forum topics is one of them. The project homepage mentions this, but see also:

and the linked related post by Jeff. They definitely favour the flat approach, although they and make up for it by making things easier to find. Again from the homepage:

Discourse offers a unified, automatically scoped search on every page: just start typing and >get results instantly as you type.

The page should really mention that you have to click the search widget or hit control-f (which overrides one way of in-page searching, but that is another discussion) to get this wonderful search, but another of their philosophies is 'intuitive by design, so there is still a lack of exposition in some places

Related to what @madde mentioned re merging threads- there is a box that pops up (for me at least) when composing a new thread which suggests similar threads to post to. Some people will ignore this for good reasons (eg it is actually different enough) and some will just plain ignore it. Merging might be a good solution for the latter, perhaps after a moderator asks the original poster first unless it exactly duplicates a topic? It depends on how it works in practice I guess; I’ve read threads elsewhere which require following a chain of “discussion continued at X -> continued at Y -> continued at Z”, which is just as if not more exhausting. Does @chris_r or another mod have an example of a merged thread, or could they create one as an example? Cheers!

Hi @anon90052001,
first of all thank you very much for all the work you and the team are doing with the community, I really appreciate this.
The forum is nice and smart, actually the first one that I like even more than social networks: both because of good software and great people.
Last, but no least, even if it could seem a bit silly, I like the badges: they’re funny to me

So, keep up the good work!!

I will create a new post on this thread in a moment and then move it to a new topic and edit this post to add the link in.

When you see a topic that says ‘discussion continued from…’ this is where the ‘Reply as new topic’ button has been clicked and links it back to the original discussion also. This is useful where discussions are ‘‘off-topic’’ and I would prefer the community to do this themselves rather than having the moderators/admin do it for them (this may well change as the forum matures)

[Edit: After moving a post I see that it puts a link in automatically to the new post, I may well start using this feature :-)]

I moved a post to a new topic: How to move a post in a topic (Moderators & Admins)

What kind of subcategories are you thinking, @Stefan? We wanted to keep it open and general to start but would be open to making more specific ones.

@Chris_R Fab, thanks for the detail

I think that’ll be handy if there are topics that are similar enough to be merged as it helps reduce duplication and makes reading and finding things easier in line with what @madde says. As time goes by there will probably be a set of questions or discussions that come up, and FAQ threads or “all X in here” (like the delivery agony experiences thread) threads will probably naturally spring up.

It’s good to point out features like the “reply as new thread” option; I’ve used it myself but it’s not one you commonly get with other forum software, so it’s useful for people to know about it. Helps to keep the discussions linked and probably best left to individuals discretion as you say - the less moderating you have to do the better all round!

I also noticed you closed the what kind of SD card does the FP support thread as it had been definitively answered. This is definitely useful- it lets people know that there is an answer and that it is contained therein. It also stops off-topic discussion springing up (eg “well, it would be good if the FP supported 128GB…”) in that thread; but the “reply as new topic” button remains if people feel they want to discuss a related matter.

As @a_bet says, well done to you, @anon90052001 and the rest of the team for your work. Having a decent, helpful community is really useful for something like the Fairphone but it does take work, so well done

I would, for example, suggest a (sub)category called “Operating Systems”, there are already some threads out there which relate to this topic: Stock Android (AOSP) experiences, Future Android Version for the Fairphone, Poll: Future Fairphone OS development. (As subcategory for Software and Apps)

Also I suggest a (sub)category called “Fair Products”, we have been discussing the Fair Mouse, Fair Trade… (As subcategory for Fairphone Café)

What do you think about these suggestions?

I’m not so sure we need a subcategory for Operating Systems. At least for now - the more categories, the more intimidating the forum. And there isn’t a huge overflow of these threads yet.

As for “Fair Products” - that was in the original layout. Something more general even like “Fair Lifestyle” but maybe that sounds too cheesy. But basically it would be a place for people to talk about fair and ethical products… maybe even resellers or respected places that have social values in their mission.

The fear there is that the word “fair” becomes a little too diluted. We don’t “Fair” to become some catchall term or lose its meaning, it’s already a complex topic. But if there’s a need for a category for Fair Products, we all could think about it. But are there so many threads that could be written under that?

Is there any way to better integrate the blog and the discussions which unfold there into this forum, so that comments from the blog show up in the blog threads here in the Forum as well. After all, both are running on a disquss platform, so integration should be possible - right?

Fairphone Blog: Should we replace Disqus with this FP Forum?
next page →