Yes the FP4 image has too much contrast etc. but that image is only half the pixel count of the Pixel 3 so I’d also expect less definition.

Sure pixel count isn’t everything and image data can be manipulated or incorrect, but I image the figures I see are ‘true’ figures

I don’t understand either why the FP was so horrible. It indeed looks like it has less pixels. But I didn’t change anything. Both phones were used the same. No special stuff done afterwards. Just aim and shoot and this was the result. I have many more pictures like it. But the focus and contrast should be improved by now. This was mentioned by people anyway. Let’s hope and see that it does

Here is an evening shot, taken a couple of minutes ago. I took the same shot with my Olympus camera and the exposure on that was 1/50s, F/1.8 and 200 ISO. 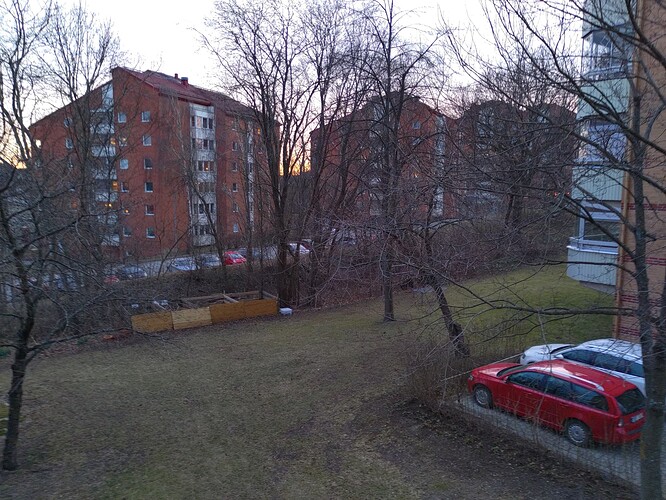 And how does it compare to the Fairphone?

Here is another example of being indoors and people are not standing like statues, you get these ghost effects. It’s worth noting that all these pics were shot a few months ago. So things might’ve improved by now. Just saying that improvement is needed and other phones (mid range as well) are able to do better. So hopefully FP will do too.

Do you have a Fairphone 4? Because if you don’t I don’t think your experience or opinion is backed by anything. Below are 2 pics I took with my Fairphone 4. I took 2 pictures. Because I noticed a blur because someone moved their hand “too fast”. So I took another one, but then the feet of another person were “too fast”. Oh, I also notice that the person’s finger was going “too fast” as well. Overall the pictures are not sharp either. This is as bright as it gets. The other picture really isn’t … 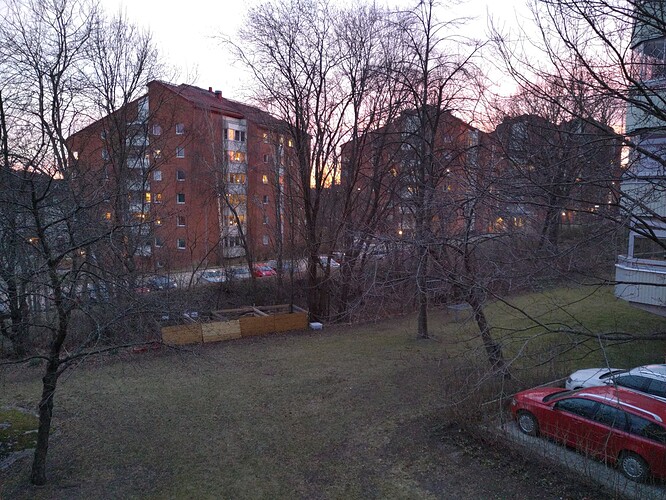 On this shot, the FP4 holds up surprisingly well. The Olympus has, as expected, better dynamic range. At even lower light, the difference will be bigger. The Olympus can do 1600 ISO with very little noise.

Hi yvmuell - interesting! I bought my phone recently so would expect it to be up to date.
I just found a system update page that says - last update was for Android security 5 Feb ‘Your system is up to date’
Is there another type of update please, if so, please let me know where I should look for it, thanks, tom

Can you upload both pics, so I can compare?

Here is the Olympus (top image). If you zoom in to 100%, the difference in detail smoothness is considerable. But at lower magnification the difference is suprisingly small. The Olympus could probably do even better shooting raw, though. Note that the full resolution isn’t displayed here in the forum. The Olympus Pen E-PM2 is 16 MP, versus 12 MP for the FP4. 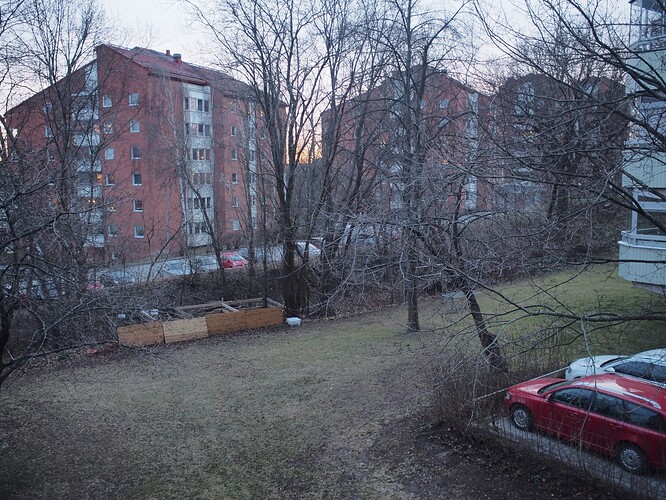 Thats the full build number, which you can find in the settings under about the phone

Pictures are too bright in 48MP Fairphone 4

Just for information, the 48MP pictures appears quite a lot better after having installed the latest update: Software Version: FP4.FP3S.A.103.20220221 Security Patch Level: 5th of February, 2022

Yes, but in my reply I said my phone had the update for 5th of February already, so I am not sure why you are posting that link

Because I dont own a FP4 and dont know if there is more than 1 Build Number with this security patch out and the build number is the important one not the security patch date.

And which one is the closest to the real scene? In my experience the FP camera over saturates red-like colors, such as the bricks and cars.

Have you also tried indoors pictures, especially with moving people?

Although rae, the OP, says in the first message that the survey closes on 11 March, I was able to go into it and complete it this morning. Hopefully the response is logged somewhere?
I suggest that FP make it a rolling survey and keep it open for when new people come along, like me. Just needs a little edit on that first message. Cheers, tom

Moving people indoors is always a challenge, no matter what camera you use. Real photographers press the shutter button at an instant when the subject is not moving or moving as little as possible, If that isn’t practical, they use strobes.

Sure, there may be some ghosting. But with the Fairphone it’s extremely easy to get these artifacts with the slightest movement. Not saying we should all use Pixels/iPhones. But I get the impression some are not familiar with modern smartphone capabilities. This is not science fiction

A Fairphone is not a Pixel Phone and will never ever be a Pixel Phone. Its really annoying that you keep on comparing those companiers/devices in almost all topics. I never understood why you bought a FP4 first and I even less understand why you send it back to buy it again 2-3 month later as absolutley nothing changed. Ninni seems to understand rules of photography quite well and I doubt there is any need to repeat what a pixel phone camera can do as this is a fariphone forum and one need to accept that the Fairphone camera is not a Pixel Camera. And who cannot live without Pixel Phone picture quality could just buy the Pixsl Phone.

Like I mentioned in my comment, I’m not trying to sell a Pixel/iPhone here. I’m just contradicting something that people seem to be stuck with, and that’s that there is no room for improvement. What @Ninni says is true. Those aspects matter. However, modern software defined cameras have figured out some neat tricks to overcome this. This isn’t only a high end tier feature anymore either. Mid range phones also feature these abilities nowadays.

So I’m not aiming to be annoying here, not at all. Sorry for that frustration. But if people say “that’s the way it is and it cannot be any other way”, then that’s simply not true. It would be strange to ignore what is actually possible and be stuck in this mindset that Fairphone cannot do the same in terms of mid range performance.

This is not true either. Fairphone support has assured me they improved the camera with their latest update and that the next one will take it a step further. I don’t expect Pixel quality, but I do expect to take a decent picture by today’s standards. And if we want Fairphone to become a success and want people to use their phones longer. Then camera performance is really not something to overlook in importance.

Fairphone support has assured me they improved the camera with their latest update and that the next one will take it a step further.

then everything is good and we wait for now…

I uppdated my phone yesterday morning. Do you think I have the update you mention?