Do we have any updates on the progress on the software?

Such question are better asked of official support, but it may be better just to wait.

If the question would have been: “how important are fair mining and working conditions for your decision”, what do you think would be the outcome?

And then, what shall Fairphone learn from such a survey? That it is more important to invest into 15 software engineers that develop a brilliant camera software than to invest into understanding and improving the supply chain and the manufacturing?

it all depends on the resources of the team working on it.

Let’s be honest. How many android developers do you think FP has? And how many of them are specialists in camera technology?

So improvement simply takes their time

I agree with UPPERCASE and Goran_A. We are politely pointing out that the camera on the FP4 is not good enough. It is inferior to a 9-year old Samsung or Lumia. It is inferior to my 6 year old LG G4. LG don’t even make phones anymore.
Far from threatening the reputation of FP, we are trying to save the organisation from this serious blindspot that it has - that it doesn’t take the value of implementing a good camera seriously enough. FP has had years of dissatisfaction and yet continues to apparently avoid this serious issue.
The famous improvement at the end of last year means they caught up to only about 10 years behind.
We expect to pay an ethical premium when we buy this product, but we also expect it to be a serious product in all the major respects. At the top price point of the FP4, it is not acceptable to say ‘oh, but FP is a small ethical company, so we can’t expect any better’. Yes we can. And at the moment no-one seems to be prepared to hold up their hand and admit it.

The camera isn’t bad at all. I can assure you that the person behind the camera is more important for the result. However, if you need the best possible photo quality, no smartphone will do. Then you need a system camera with high quality lenses. No smartphone can even come close to match a large sensor camera in terms of dynamic range and high ISO noise performance.

However, if you need the best possible photo quality, no smartphone will do. Then you need a system camera with high quality lenses.

Ha, you forgot about slide film in an analog camera

No smartphone can even come close to match a large sensor camera in terms of dynamic range and high ISO noise performance.

But in terms of resolution and possible “sensor” sizes (6x12cm, for example), I would probably (still) give slide film the edge.

So we disagree on

Then you need a system camera with high quality lenses.

We can also agree on one more thing, I guess: neither full-frame sensor nor slide film are a good fit for the smartphone form factor.

But all in all, I would say that this discussion is kind of slipping into areas that deserve the label “off-topic” at least to some extent.

I would say that this discussion is kind of slipping into areas that deserve the label “off-topic” at least to some extent.

Given the concerns people have with how bad they think their camera is, comparisons may help alleviate some concerns, so here is a continuation elsewhere The sensor size and lens size are the deciding factors Resolution isn’t such a bit deal as high end digital can outperform AgNO3 on celluloid. You said top equipment, so let’s see what 75 lines/mm comes out to as a starting point. A “line” is actually one complete light-dark cycle, so you have to allow for at least 2 pixels per line width.…

The amount of mega pixels isn’t really a big factor on the quality of the picture. It basically means how big the picture can get. It’s the size of the sensor what makes the real difference. Compairing a Olympus camera with a micro 4/3 sensor with a tiny sensor of a phone is an unfair battle. A bigger sensor means it can catch more light, which therefor means it can it can use a faster shutterspeed ora lower iso.
The higher the iso the higher the noise. The more noise the more details you will lose.
A bigger sensor can also grab more details is light (Dynamic range).

The problemens the fairphone 4 is having. Has mostly to do with post production (software) at least that’s what I think/hope. The issues I’m having are contrast and dynamic range and saturation. This could be the optics or the sensor. But the result I’m having with gcam makes me think it’s software related. I do have my doubts on the wide angle sensor / lens. The quality is so poor it reminds me of an old vga webcam

That’s exectly what I’m saying. If you need high quality pictures, you need a high quality camera. Trying to do this with a tiny smartphone camera is like spitting against the wind.

Anyway, I guess you can’t be convinced as some other people here, that you can really take amazing pictures with phones for a number of years already.

Here are some snaps from my old Pixel 3 (Pixel 6 is of course already better), note some of the dark environments: 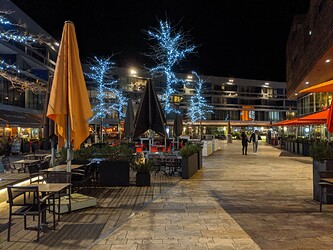 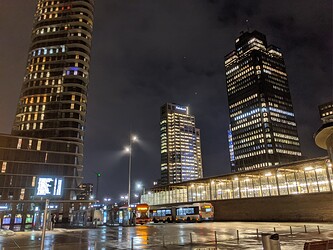 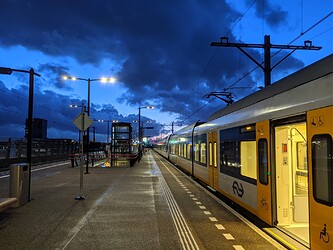 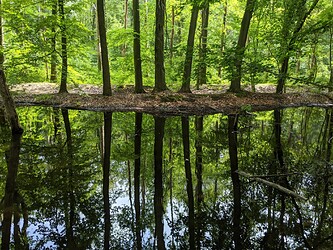 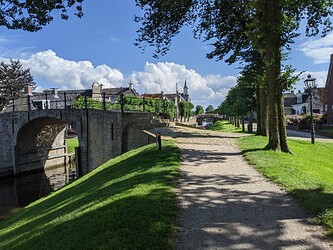 However, I’ve been using my new FP4 now for about a day. I haven’t battle tested the camera yet. But from what I’ve seen so far I’m impressed how much they improved the camera. Way less noise indoors and at night. Faster auto focus, although still struggling sometimes in darker environments. There are still some issues. But the improvements they made already convinced me that they will reach that midrange quality I was talking about. I’ll post some FP4 pics in the gallery thread later. The night mode also finally really does something.

Today I tried to take various photos with my new Fairphone - but I had to realize that the photos on my Fairphone have a very, very pixelated quality. Say - photos with zoom were completely useless.
Either I’m too stupid to use the camera correctly, or there’s something wrong with the camera software. I tried it with different zoom levels. Attached is one of the zoomed photos. 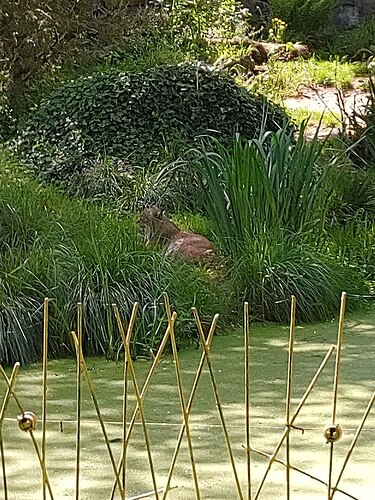 The Fairphone 4 has no zoom. So if you zoom it only simulates a tele lens by magnifying the image, which results in big pixels. So there is nothing wrong.

So what level of zoom did yoy use?

As Incanus has said zoom really doesn’t do much other than narrow the field but not by lens but by reducing the sensors data.

Try taking a full image and comparing the pixel count.

Digital zooms really just save you cropping the image and result in a lower file size to save.

Then I seriously ask myself how I can take pictures that are further away - because the quality was actually almost the same there. I mean how can I capture more distant objects with this camera without making them look exactly like that?

Well, this is a smartphone, no dedicated camera. An iPhone pro model or the top notch versions of Samsung Galaxy do have tele lenses, but not phones like a FP4.

Is it possible to attach an external zoom/tele lens 10x -20x to afp4 without interfering with the camera function? I see there are two cameras plus a black lens opening, but do not know the significance of this.

Maybe you will find something fitting your needs

I would also recommend to use gcams. Google just knows better how to do Camera Apps.
(You can find instructions in this forum. Next to the version from “Wichaya” I also recommend “Greatness”)

(and as already said, as long a Smartphone don’t have optical zoom (tele lens) it’s always digital magnified.) “your best zoom, are your feet”

Oh and if someone bought an external lens, I’m very curious to see the results!