The following is neither a hard fact nor even remotely related to this discussion:

BQ might be closing down. Almost all their phones have been out of stock for a month now. Personally, I’ll miss them. As smartphone manufacturers go, they weren’t the worst. They were Spanish but the phones were made in China. Their website indicated that they had a factory in Spain, and I mistakenly thought that the phone I bought from them was made in Spain (their website is mostly just full of pictures of pretty people). They had a friendly and helpful customer service. They weren’t Fairphone, but in a world of bad smartphone builds, they were one of the better ones.

Sad, my bq tablet is doing really fine.
When I did some searching, I found, that bq was sold to the vietnamese company Vingroup:
https://www.bq.com/en/pr-vingroup
Seems, this was the start of a rebranding.

bq will be vsmart (sorry german article only): 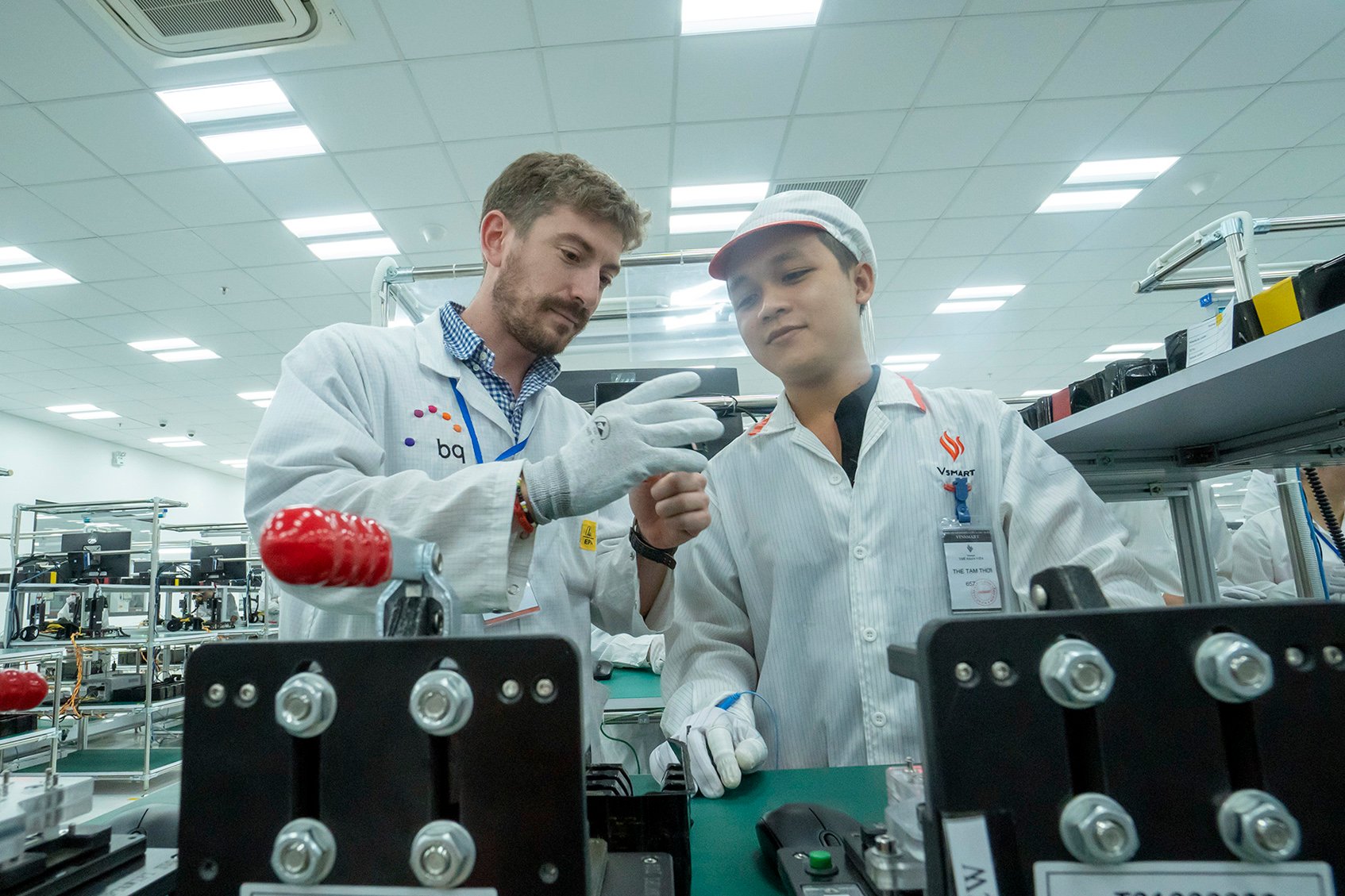 
The homepage design seems to be the same:
https://vsmart.net/vn-en/
But european homepages for Russia and Ukraine only so far.
2 Likes
JeroenH August 17, 2019, 7:33pm #3

Never heard of this brand. Tablets I just checked out, saw MediaTek, and ran away… sigh

Seems to have been going on for a while this change. Here some sources I found. 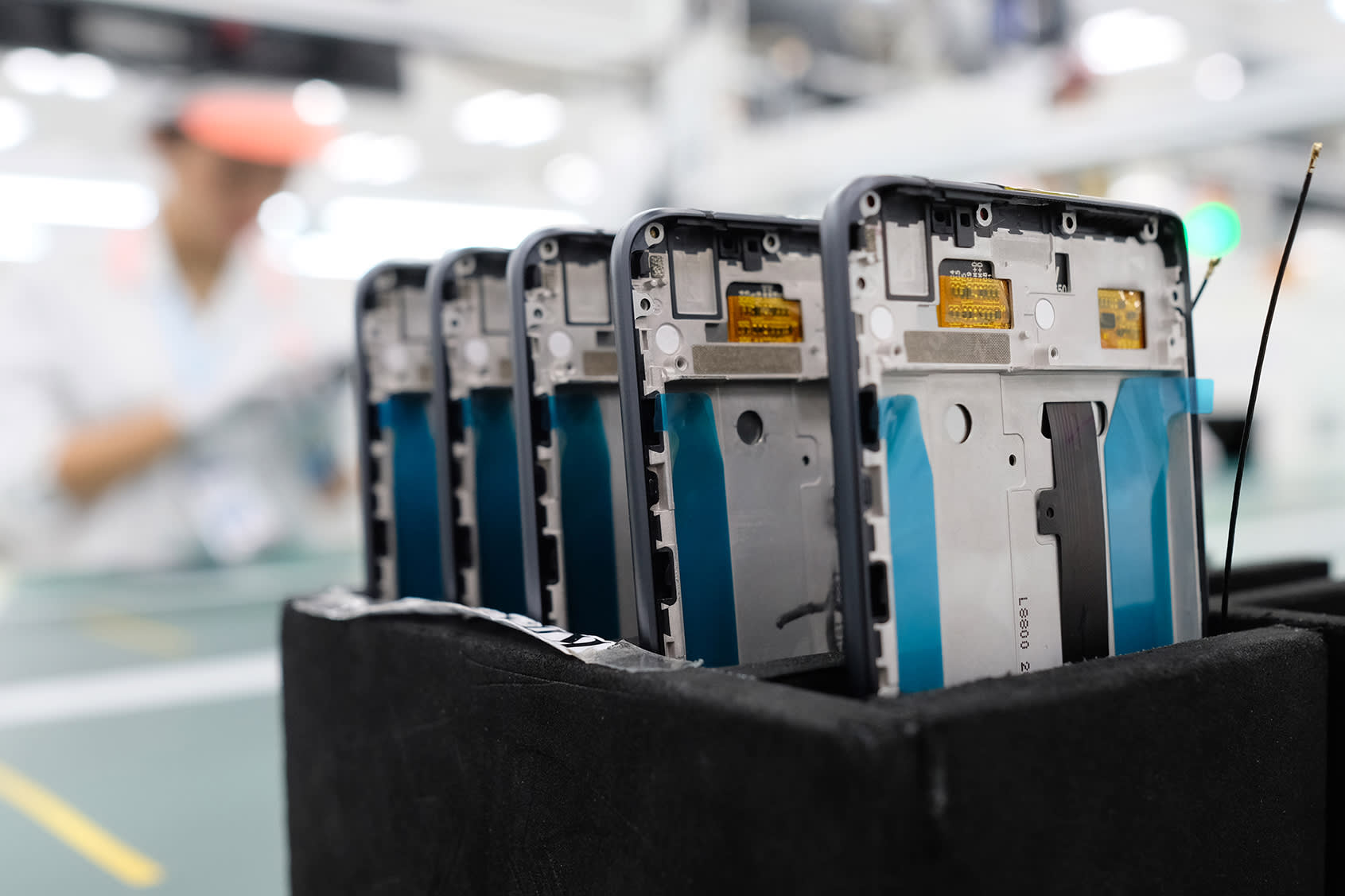 Vingroup, originally a property developer, has been aggressively expanding its business to car-making (under the VinFast unit), education, healthcare (including hospitals and pharmaceutical retail) and technology.

Tablets I just checked out, saw MediaTek, and ran away… sigh

Might be; but it does what I need. And the M10 is a ubports promoted device and that was a point, that really interested me. (Unfortunately I never got it going

Just found this spanish blog-entry from march 2019 on the bq homepage:
https://blog.bq.com/es/carta-abierta-clientes-bq/
The spanish homepage for vsmart is not working (for me at least)

I’m going for a Cosmo Communicator as side device (#foreverwaiting). It has a MTK as well. Because of that, its already doomed… but its cool, these projects. Supports different OS cultures! <3

Btw the date of end of march matches some of the other dates in articles I linked.

In may (21st) they were looking for beta-testers for vsmart for Android 9 Pie on the Active 1 and 1+ (both have the Qualcomm Snapdragon 660 btw.).
And for all the spanish-speaking folks the forum might be the place to look for further information:
https://www.mibqyyo.com/
Right now, they still sell those phones with Android 8.1 Oreo.

I don’t know how you do it. I searched for news on BQ everywhere a few weeks ago - Qwant, Ecosia, DuckDuckGo and Google. Tried both the ‘web’ section and the ‘news’ sections of these search engines. Nothing.

Almost all their phones have been out of stock for a month now. Personally, I’ll miss them.

I can see a lot of them ready to ship, at least half of them. I’m from Spain, could that make a difference?

Just found this spanish blog-entry from march 2019 on the bq homepage:

This is the direct link: https://store.bq.com/es/vsmart/

BTW, funny thing: their product got code names from Dragon Ball characters: vegetalte, piccolo, chaozu, tenshi, bardock, gohan. At least their phones. Not all of them, though,

That’s what they tell in the open letter @BertG linked above, yes.

Also, remember that BQ is not only an smartphone brand. They started with e-readers, and they also make 3D printers and some education-oriented DIY robots with a fork of Scratch.

Thanks. I did not know what their core business was before they entered the smarthone business. I modified the title to reflect this. Still not sure if its accurate.

I would not like this to happen to Fairphone:

“51% of Mundo Reader, the company behind BQ, is now in the hands of the Vietnamese company. So they are the ones who have the money and set the tone.”

I had to use an online translation engine. I’m not proud of this. BQ previously teamed up with Canonical, as BertG pointed out. Ubuntu Touch folded but the Linux qualification brought some welcome attention on BQ. They sold the same hardware with Google Android as well, so this made things easy if you wanted to switch back or forth. Multiple software options is one of Fairephone’s strong points as well.

AndroidPit goes on to talk about Asian companies like Xiaomi that have gained a lot of market share by selling devices with high hardware specifications for relatively cheap. They don’t mention that they’re stuck together with glue, but then that’s not news.

Bas Van Abel from Fairphone suggested that the third iteration from Fairphone could be somewhat cheaper than the second in an interview with Frandroid back in May 2017 (https://www.frandroid.com/produits-android/smartphone/426203_fairphone-3-se-devoile#comments). It generated a lot of feedback in the comments section of this web article as well.

A fourth, more premium version might follow after a somewhat shorter time span than that between the second and third. This is just speculation from me. It think I saw such speculation elsewhere though. It would not mean that everyone would have to rush out and buy the newest version I’m sure. I’m sure I’ve seen this article commented upon in English somewhere on this discussion forum or elsewhere as well.

Anyway, I hope Fairphone continues to be financially sustainable, and independent. And no, BQ have not gone away entirely.

Here’s where the interview with Bas Van Abel from Fairphone was discussed:

Fairphone 3 - Interview of Bas from FrAndroid The Industry

Regarding case and display: Following your approach, they would have to be the same size for now and ever. But sizes of smartphones are different, and so are the people who buy them…