since the last update i can’t connect my phone to use it handsfree, i can only play media

Open your Bluetooth menu (Settings - Bluetooth). Click on the gear next to the entry of the car audio system. Look if all boxes there have a tick. 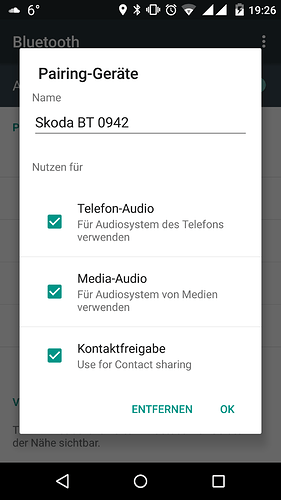 did both, several times. rebooted the phone, turned off the ignition (car / radio off), tried again.
all in all over half an hour later, I still can’t call hands free. It did work at some point at least.
wired is not possible since it’s an apple prepared radio and android handsets are not recognized.

a day later, and it works again.