With a brand new Fairphone, I see a strange issue: The screen occasionally shows a varying degree of noise - sometimes in limited portions of the screen, sometimes over the whole screen.
It seems to be a software issue - screenshots also show the noise. Here is an example of how it looks like: 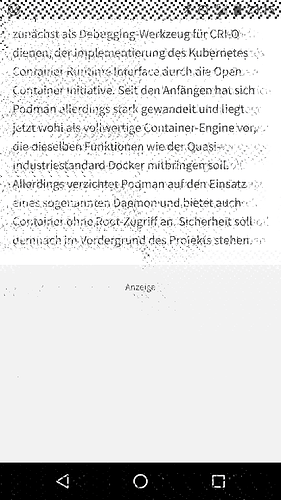 I’m currently running Fairphone Open 18.10.0. I haven’t seen this issue on another phone running the same version. Is this a known issue? With quick search here in the forum I didn’t find any topic describing such problems…

A post was merged into an existing topic: Strange screen issue