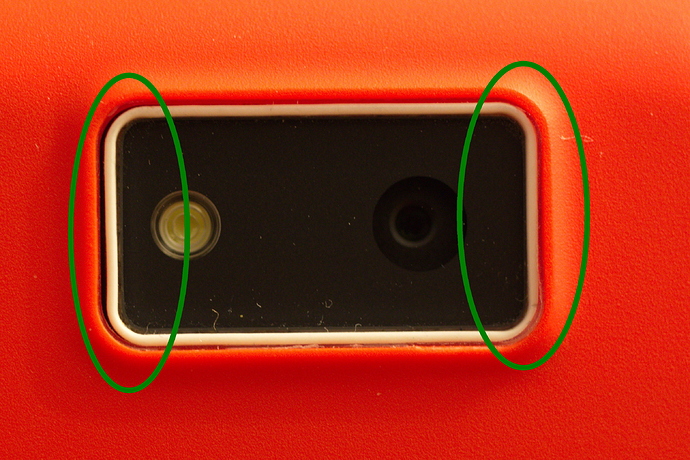 Ok. I got my new case today. I had the same problem with reboots. I found the tips in the forum. And I swapped the buttons. Let´s see if it will work…
What I don´t understand is how fairphone still sells the cases with the crap buttons without telling us about the problem.
Sometimes it is funny to be part of this community, but sometimes I don´t have the time for it and to be honest I am starting to get a little fed up with this phone and the fact that I have to look for troubleshooting in the forum almost every month.

A huge thumbs up for the button switching trick, it really works!
I have the phone in the slim case in a flip case now with the buttons switched, and the ex-camera-now-power button finally works like it should in the slim case. Great stuff.

I switched the buttons, will keep you posted. I have high hopes!

No reboot today.
Not only swapping worked but the camera button is usable as with my old case.

Did you get enough covers to investigate? Because I received mine yesterday and for me the phone reboots constantly. I got it to work once for a few minutes (don’t know what I did differently), but then the power button got stuck again after a few uses and it started rebooting again. The phone doesn’t even have time to boot up properly. Just shows the Fairphone screen and then goes dark again, because here comes another hard reboot… Would love to swap for another cover.

And to be honest, I’m actually getting mad here. As if it isn’t enough that I need to stick a piece of paper into my 500 Euro smartphone, to keep it from rebooting every other time I sit down… now this.
I will NOT attempt to switch the buttons of my slim case. I mean, I have been using Linux for quite a while, I’m pretty fine with things not working out of the box. But this is just bloody ridiculous. The original cover is falling apart after a year and a new cover makes the phone completely unusable? WTF.
Sorry for the non-constructive criticism, delete this post if you want. But I’m getting frustrated here and I really needed to vent…

The original cover is falling apart after a year and a new cover makes the phone completely unusable?

Did you already contact Fairphone support about both your cover issues? A pain, I know, but based on some of the posts scattered around the forum they do seem to be quite good about sending out replacements under warranty…

@peret, I completely agree with you and recognize your frustration! I have luckily not experienced the sudden reboot issue so far. What I can advice you is to just contact the customer care department of Fairphone via the website i.e. you bought a +/+ € 500 phone from this company so you deserve it that they respect your rights as a customer. I have called them about something else a while ago and response was good.

I will NOT attempt to switch the buttons of my slim case. I mean, I have been using Linux for quite a while, I’m pretty fine with things not working out of the box. But this is just bloody ridiculous.