Should FP OS and Open OS version numbers be (a little) different?

I already miss the good old days, when the version numbers of Fairphone OS and Fairphone Open OS were different

When FP OS Android 6 first came out I initially thought it was a good idea that the version numbers are now the same, so it’s easier to compare, but now that there are actually two OSes with the same “name” I too think it’s confusing.

There aren’t the same names. There is still “Open” in it. I find the same version numbers make sense, when there is the same codebase. But with the time difference of both releases I think, you don’t have exactly the same base.

I share @mase’s view.
In case a more visible difference is required, I wouldn’t use a version number suffix, because that breaks the version number hierarchical system (i.e. a digit after the revision would have to be a sub-revision, release candidate or something like this).

Well yeah that sounds great. Or do you still think that too would be a worse version that what we have now? 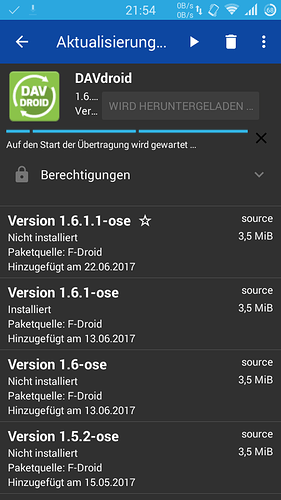 Honestly, I’m not sure about that. My concern is that just adding a
small “o” or “g” might be counter-intuitive for “normal” people (you
have to keep in mind that I - even for an IT guy - tend to be over-exact
in things like this.
I guess other variants like

would be more clear (“speaking”) for non-IT users.

So proabably it depends on what you want to achieve and who you address
with the cange in the first place. My personal favorite would be the
first above variant, despite the risk you mentioned that the part before
the version would be omitted. But I guess I’m not in the primary target
group.
Maybe it’s even the best option to leave it like it is, because this is
the (relatively new, but anyway) established naming scheme, and hope
that people get accustomed to it. And since the FP Open users are a)
less and b) on average more tech-savy I’d assume that this group would
normally give the full name (incl. “Open”) anyway.

Unless you don’t want to make a doctor’s thesis out of it I’d recommend
to ask a few less over-reflected people.

Edit: @Stefan Good point. Not compliant with my thesis regarding hierarchical structure of version numbert, but apparently an established convention - which is not bad at all.
Since FP Open OS is not purely open source and to make it a bit more intuitive, I would modify it to “17.06.4-open”.