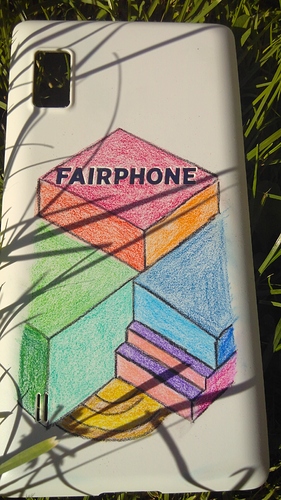 PS: I think I’ll stick with this design for a while. 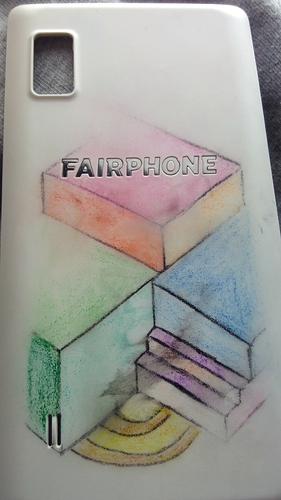 5 days later and it still looks quite good. 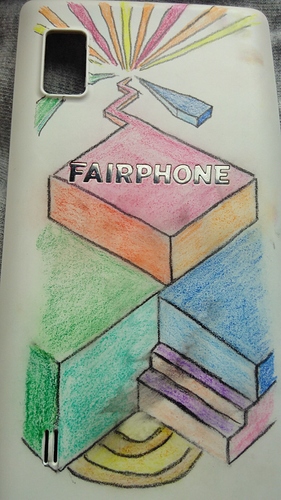 So instead of a new design I just built on the old one. 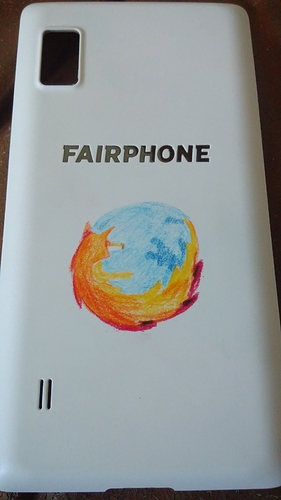 I like the idea of using the phone as a real kind of notepad. But don’t your hands get all coloured after you walk around some time with your hands and mobile in your pocket?

But don’t your hands get all coloured after you walk around some time with your hands and mobile in your pocket?

Well it does a little, though it depends on what kind of crayons you use. I actually like the kind that smears a little, because that way I can use my finger to spread the color in an area.

3 posts were merged into an existing topic: Stained new white FP2 case after single use

I love the one from jun. 9.
It looks beautyful.

I agree that it looks better after a few days. That looks great! 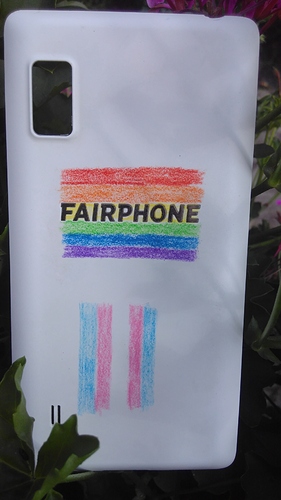 No new ones recently @paulakreuzer ?

Hey Douwe, any idea if the temporary tattoos work on the slim case?

Nope, no idea. You’ll have to test yourself.

No new ones recently @paulakreuzer ?

I guess you’re gunning for me to make my stencil-crafts public that I only shared with #fairphoneangels for now.
Well I haven’t gotten around to buying a spray can or permanent marker yet, but I’ll just share my failed tries here for now:

So I bought a stencil cutter and some stencil paper and made stencils for the new Fairphone Community Logo (designed by @anon90121532, License: CC-BY-SA 4.0). 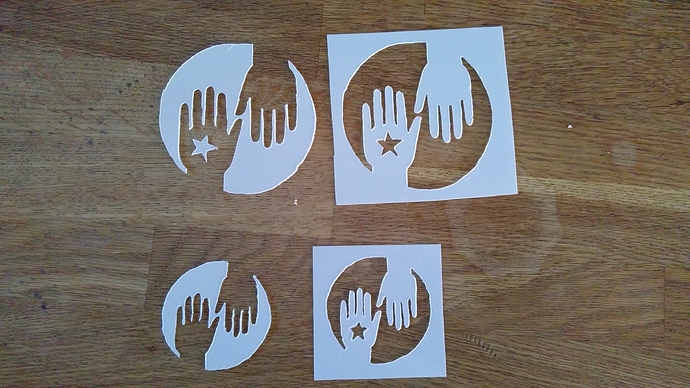 I wanted to put the logo on my slim cover and my (soon to be replaced) macbook, but I didn’t have anything better at hand than acrylic paint: 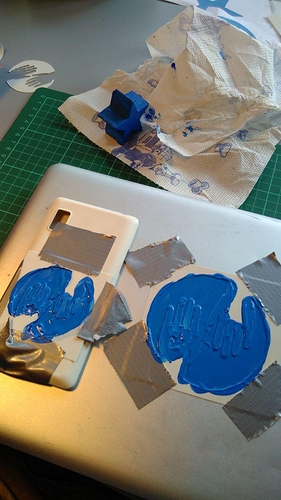 Which is way too fluid and creeps through the gap between the surface and the stencil (especially with the FP2 where the stencil bends because of the cover’s rounded edges. So this failed quite miserably: 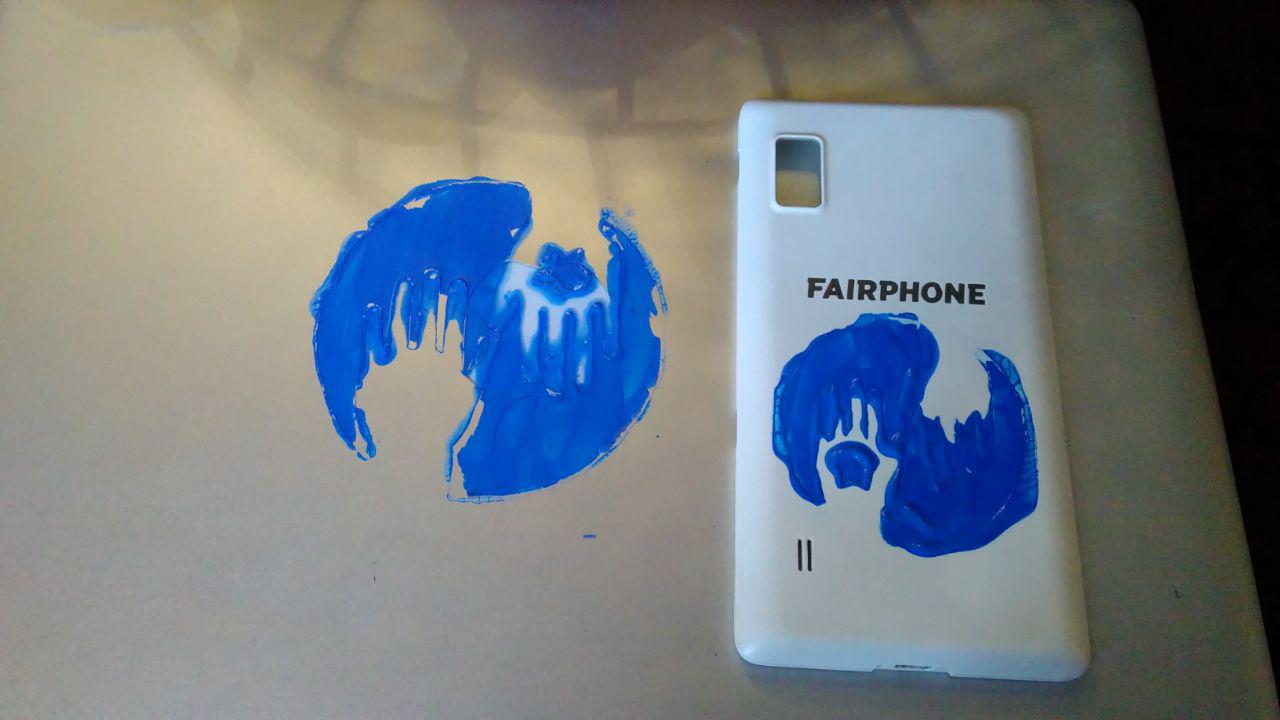 When it dried I was able to remove some of the excess paint with a toothpick, but on the phone that didn’t quite work well: 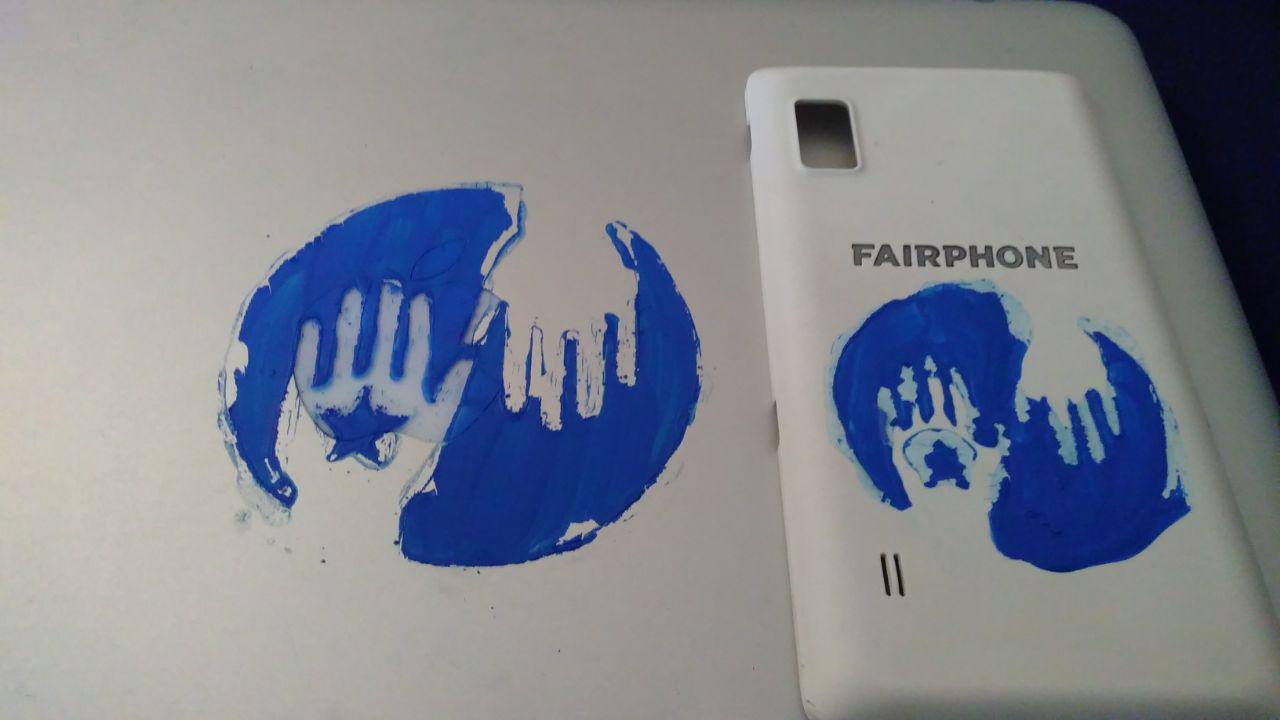 At least on the macbook it turned out alright in the end and it especially looks cool at night: 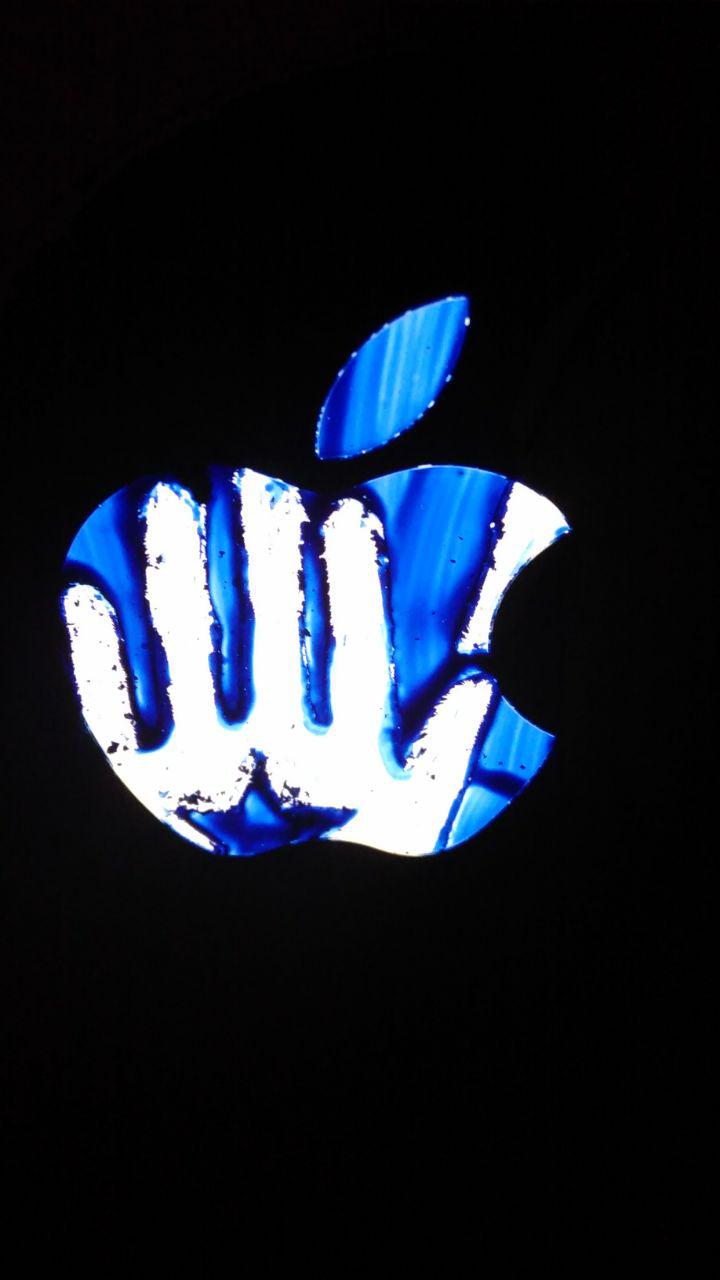 I might go out to buy better material today as tomorrow we #austrianfairphoners have our 3-year-birthday-celebration and I’d like to show off my cool cover.

Haha, no I asked because people were sharing your designs here in the office and then I noticed most of them are from some time ago and I got curious if you already made new ones

Second try (permanent marker, not quite the right color): 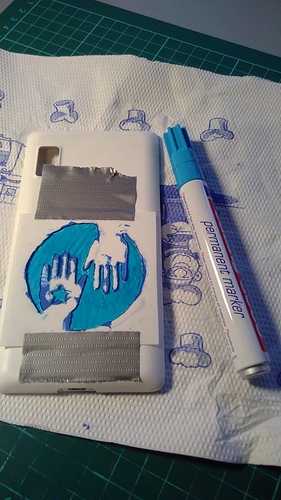 Not perfect but definitely better: 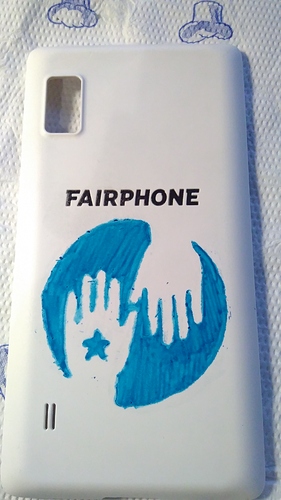 Sorry for the bad quality, but this is my current design for #queer pride. 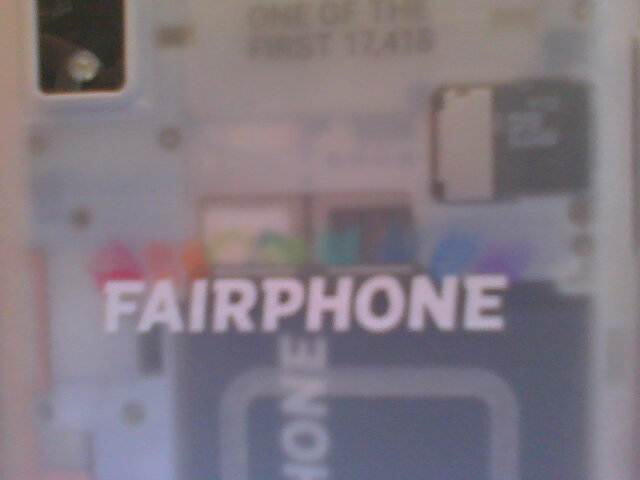 I haven’t found anything yet that really stays permanently. I guess it would work best as a sticker inside a transparent cover.

If you have a transparent cover, you can simply draw there, right?

Oh no! I think my mum lost her FP2 cover! 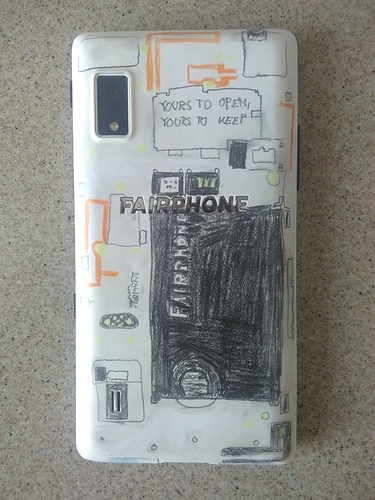 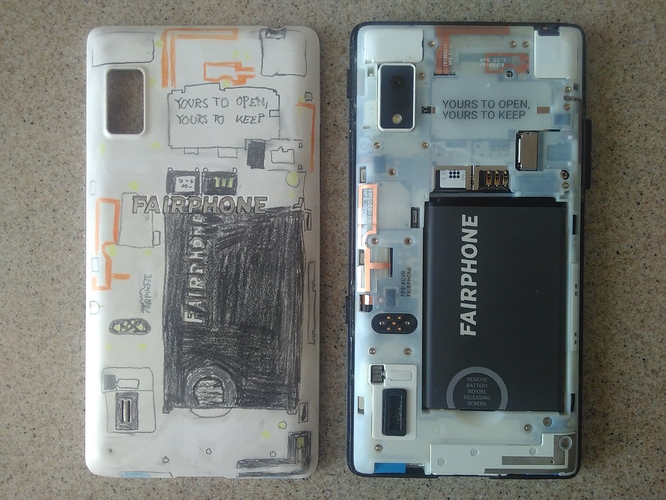 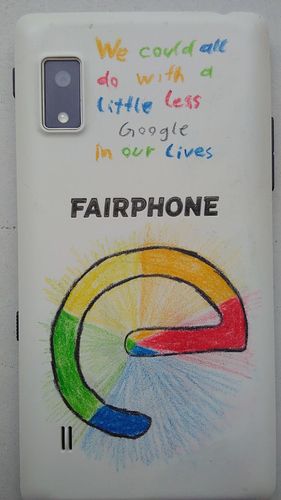