I noticed that my fairphone 4 has unusually fast animations. I’d like for the animations to run at the regular speed though. 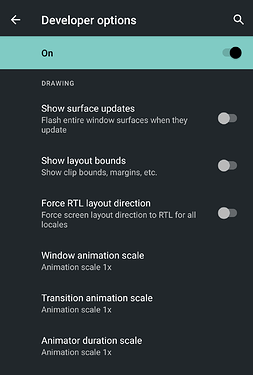