Screen shows colorfull stripes in one half

Today I got a new fairphone 2 after the other one had to be replaced. When I first switched it on it showed colorful horizontal and vertical stripes. See picture. I took out the battery and separated the screen, put it all back together. Did so several times in the last couple of hours. No significant changes. Any other ideas on what to do except contacting the support team? 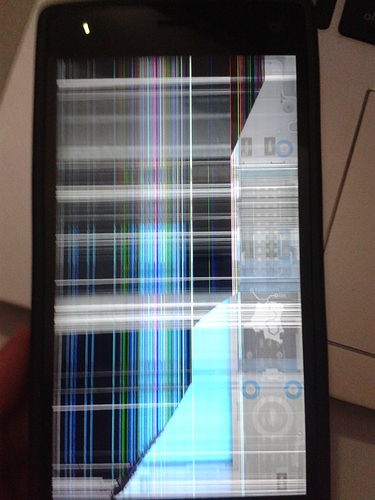 When disassembling the screen again you can try carefully cleaning the connectors. That has sometimes solved similar issues.

But in your case - judging by the picture - I personally suspect a hardware issue.
The fact that there are sharp borders between the display partially showing something it should and showing only black with those lines suggests there is something physically wrong with the screen.

I believe you’ll have no other choice than to contact support to get a replacement.

Thanks for the tip, no reaction so far. Conntected the support team and will take it from there.

Some interesting and strange discovery: It is better without the back cover. Not gone, but with a lot of concentration most things are readable.