My CC provider has implemented a new verification procedure involving scanning a QR-code from my phone. But their app refuses to install on my jailbroken FP1. What’s the solution?

I don’t understand, you can’t jailbreak an android phone… you mean root ?
if yes, it’s probably a security measure as a rooted phone is more prone to get virus and strange stuff (if the phone is rooted, then apps can access root too, the only “counter measure” is the superuser app that grant root access to apps)
do you have any error code/message ("refuse to install " : be more specific) that could help us ?

I’ve read this complaint about some banking apps from other users as well. I don’t think anyone ever came up with a solution.
It’s not really the FP’s fault. It’s overzealous security on the app developer’s end. 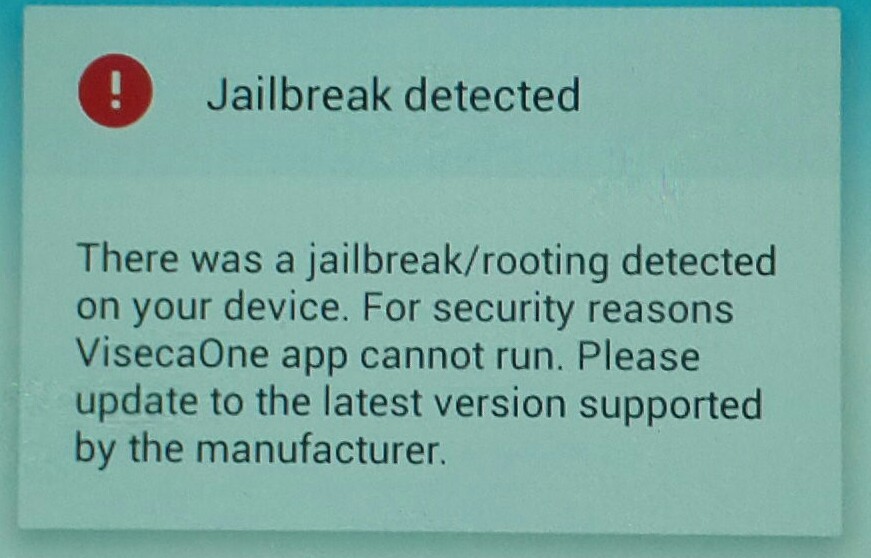 You can try root cloak, an Xposed module.

The FP1 comes rooted by default like a few other (imho) broken MTK devices. Actually, this practice of delivering a pre-rooted device is not very common and the mentioned app assumes that you have done something yourself to get root permissions.

If I were you, I would double-check the terms of your CC provider to clarify, whether running their app on a rooted device is allowed. Of course, you can try to cloak the root but you would violate the agreement - which means that in the worst case, the provider could try to deny any responsibility in case of abuse of your CC account. I assume that the provider’s app will pull some information about your device and send it to the provider. So even if you trick their app, they will know (in theory) that you are using a device which is shipped pre-rooted by default.

I strongly advise to clarify these points with your CC provider before making any attempts to trick their app.