Hello everybody,
I just got the feedback from the support that the problem we are having with my wife’s Fairphone 2 (touchscreen doesn’t work in important areas making the phone quite useless) can only be fixed by exchanging the core module for 200€. She has been complaining that it is slow lately, so I am unsure if there is a point in spending the money.
Should I instead go for a new one?
Besides it being slow (maybe exchanging the core will you some good on that?), The phone is quite good (at least since I exchanged the camera).
Is there any useful thing to do with the old one?
Or should we go for a completely different one?
My brother has a fp1 and was left out in the rain at some point - I fear this point might be in the near future for the fp2, too.
So, what do you think?
Thanks for your advice!
Matthias

Just to be sure: How did they determine it’s not the screen? Did you already try a different screen?

She has been complaining that it is slow lately, so I am unsure if there is a point in spending the money.

Well if you really do get a new core module then the speed issue should definitely be gone.

Is there any useful thing to do with the old one?

You can sell or give away the working parts in the #market or maybe to local #fairphoneangels. Even the broken part(s) might still be helpful to someone (e.g. if the antenna inside the core module still works).

Here in Vienna we still have all necessary parts to repair any FP1 and there is an unofficial OS that still lets you run many/most android apps and has quite current security updates.

Hello,
this is the screenshot I made when I contacted the service desk because of which they said “new core model” (the left end of the picture is not actually where the blue is but further to the left but the other area is really worse. 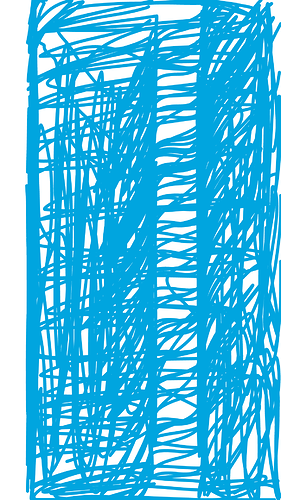 Well if you really do get a new core module then the speed issue should definitely be gone.

Why is that so? Will the replacement have a different hardware than the old one?

That image just shows an issue with the touch functionality and my personal impression is that it’s more likely a screen issue than a core module issue. So I wouldn’t go buy a core module just based on that without testing first (e.g. with #fairphoneangels if there are some near you).

No, the new core module won’t have different hardware, but when you first got the phone you didn’t have issues with the performance, right? So with a new core module you most likely won’t have them either. Unless it’s caused by (an/too many) App(s) - then the issue will come back when you restore your apps & data.

Hello,
well, I won’t go buy the core anyways but will send in the phone if it’s a decision towards keeping it. So they should find out what’s wrong, I don’t want to worry about going in the wrong direction.
No, back then everything worked fine in terms of speed. But then, how did android develop since then? Probably there’s the reason for performance issues. And apps of course. But what point would it be to remove all apps? So the question there is who is eating up the speed and so far I have not been able to identify the cause. Maybe you have an idea for me?
Matthias

Have you tried resetting it to factory settings? That’s the first thing you need to try.