Just for the record. Today I’ve been navigating for 6 hours without any reboot. LOS 20171004, gps only, no Bluetooth, charging all the time. No reboots, stable as a rock

Update; next day also around 6 hours, including charging from ca 40% to full

Hi @lklaus,
nice to hear that it works for you so well! With that I don’t need to give up; may be, I’ll find another cause for my problems? To you I have the request to run Bluetooth while you do your navigation next time. Just switch it on and let it run in the background. Still I have the suspicion, that Bluetooth causes my reboots. 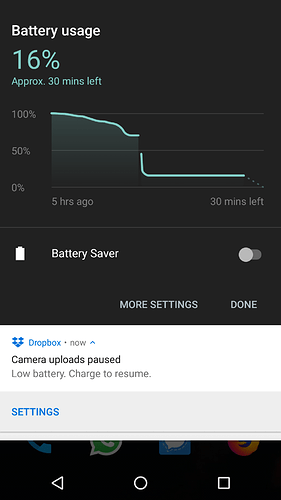