This is a #wiki post, feel free to edit it clicking on the green

Fairphone-specific apps are Free Software under Apache License 2.0 and have been migrated to the community-managed WeAreFairphone organization at GitHub.

Work has been done to publish them on F-Droid and making them compatible with Android 6 and forward.

Progress is as follows:

Developing a standalone version of the MyApps widget Developing

I’ve started working on it! :slight_smile: Currently the widget is standalone and can be displayed, but the data is missing. This is because previously the Launcher collected the necessary information (e.g. every time a app was started, the Fairphone Launcher stored that information to calculate usage stats). To make it work without the Fairphone Launcher, I will use the Android UsageStatsManager. This, however, needs special permissions from the user while adding the widget and requires us to…

Since Fairphone does not intend to further develop and maintain those apps, I think it would be best if they would be put under the WeAreFairphone-umbrella. What do you think @roboe @Arvil ?

I’ve setup a new team at the organization and mirrored the launcher, clock widget and contact widget repos, 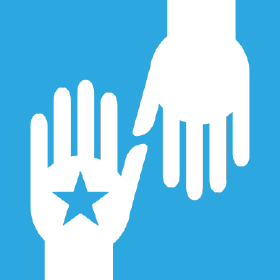 Should anyone want to join to maintain those repos, just ask!

Now we need to know under which license theese apps are published by Fairphone. The Launcher seems to be Apache, although this is not 100% clear.

It would be great if Fairphone officials could give us a clear statement under which license the source code for these apps is distributed. Otherwhise F-Droid won’t accept the apps

Hey all, this is on our to-do list. @anon36364121 will update the licensing later. For now; all Fairphone made software is always under Apache v2 license unless we explicitly mention another license.

EDIT: The missing licenses have now been added:

For now; all Fairphone made software is always under Apache v2 license unless we explicitly mention another license.

Ok, but I’m afraid legal things don’t work like that… I think it is Fairphone who should put the license, we cannot do it in its name (without refering to a source of yours). You can maybe put that sentence on https://code.fairphone.com? Anyway, we’ll reach any of you if we spot any missing license in the future,

Yeah I know it legally doesn’t work like that, but I wanted to give you heads-up on the licensing until we’ve got them all in place again.

But for now we seem to have covered all and everything.

Thank you for adding the licenses, I’ll add the apps to the F-Droid submission queue today.

EDIT: Alright, I have added the apps to the submission queue. Let’s see how that goes, maybe we have to make some modifications to the source code.

EDIT 2: The contact widget was added, if the build completes, it might take a few more days to be available on F-Droid. The launcher and the clock widget need some modifications (we need to pull some jar files from maven, instead of shipping them in binary form). We should be able to get this done in a few days.

EDIT 3: I have made the necessary modifications to the source code, looks good so far! If everything goes as expected, we might see the apps by the end of the week in F-Droid.

Dear all, could the Recently Used / Most Used widget be added to that list? Thanks so much, this was really useful.

Dear all, could the Recently Used / Most Used widget be added to that list?

This widget is part of the Fairphone Launcher.

I too was hoping that soon the FP widgets finally be standalone apps, so that other launchers can use those widgets too.

I too was hoping that soon the FP widgets finally be standalone apps, so that other launchers can use those widgets too.

We might be able to build something like that in the future, however it is not that easy, since those widgets are deeply coupled with the launcher.

My Contacts is now available!

Would be great, if someone could come up with new icons!

Would be great, if someone could come up with new icons!

Installed “my contacts” but can’t find it in the widgets list?! It should be there, right?

Same for me, can’t find it in the Widgets list after installing version 1.02. Reboot didn’t help either.

I cannot reproduce this with my LineageOS 13 tablet, after installing the widget from F-Droid it is available with it’s localized name under widgets. The app version is “2.0” for me.

Edit: I have conducted some research and updated the widget. Could you test this version (after uninstalling the F-Droid version)?
I have added android:installLocation="internalOnly" in AndroidManifest.xml and android:minResizeHeight="212dp" in people_widget_info.xml.