If I understand this problem correctly it’s mostly a WaveUp issue that’s also present on other phones? Sounds like this issue is then more related to WaveUp. There is an issue indeed with the sensor while calling, this issue is also included in the known issues wiki.

I suggest the following. Since this issue in this topic is about WaveUp, I would like to remove it from the known issues list and keep the topic on the wiki about the proximity sensor while calling.

That topic is more related to something Fairphone can fix. In case they improve the sensors and WaveUp works better as a result of that, then that’s a win.

But now there are 2 topics about the same issue(?), while this topic seems to be more of a 3rd party app issue. Dropping that one keeps the list more organized without duplicates or app isues beyond the scope of FP. Unless of course FP really acknowledged this is a FP issue with WaveUp. But when I read the support response it seems they are working on a general improvement of the sensors.

Well, in my case it’s mainly WaveUp, but basically anything that turns off the screen based on proximity is affected, such as phone calls or audio recordings in WhatsApp and Facebook Messenger. So this is just a general problem with the proximity sensor on direct sunlight.

But no, I don’t use this app. It’s just the standard behaviour on my Fairphone I guess. I just loaded system patch FP3S.A.0103, but that is literally moments ago, so I can’t say if that fixes anything.

I think its confirmed its not Wave Up (alone)

It’s a proximity sensor issue, not an app issue. On direct sunlight it occasionally (for a brief moment) thinks it’s covered even though that’s not the case. In other words, it sometimes falsely reports 0 cm distance.

I’m not sure how much these two issues are related. In fact, the opposite problem occurs when making a phone call. The proximity sensor reports 5 cm, even though it should report 0 cm.

Since a few people agree with you I’ll leave it as is. There is indeed a sensor issue which needs to be resolved. But I’m not sure if we need 2 of them in the list, of which one is classified as “Medium impact - I can only partially use the phone”, while it seems to be only an issue when using WaveUp. Since these classifications should reflect the impact on the average user, I don’t think a medium impact is really in proportion. Since most people probably don’t use WaveUp.

The sensor issue while calling doesn’t happen very often to me either. I have daily calls for work. So last suggestion would then to lower the impact from medium to low impact. To make sure these issues carry a proportional weight.

while it seems to be only an issue when using WaveUp

Not really. You are also basically unable to play WhatsApp or Facebook Messenger audio messages on direct sunlight, because the screen flickers and playback stops. (This is not caused by WaveUp. Those apps themselves use proximity sensor for cases when you hold the phone to your ear.) You could argue that it’s not a medium impact issue (I’m willing to change it to low impact), but it’s definitely not only WaveUp.

Got it, in that case I would suggest the following (final one)

I’ll update this topic title to include a few most used apps, such as WhatsApp and Facebook Messenger, Stock Dialer, along with WaveUp. And then I’ll remove the other topic which only mentions the dialer from the wiki list.

That way it has the weight to justify a medium impact and we keep the list free of redundant topics.

I encounter the issue now as well. Recording a voice message outdoors with Signal in the sun. The screen goes off and on. I’ll report it to support as well. Anyone that’s bothered by it should #contactsupport, they prioritize based on incoming tickets.

I’ve got an update from support:

Our latest update already included some improvements for the functionality of the proximity sensor - particularly when it comes to the performance in bright light! Further improvements will be included in coming updates, and these will be more general.

The last update supposedly already contains some improvements, but given that we’re still dealing with this issue, it’s probably not enough.

I got a reply from FP support as well. The suggestion is to verify if we can also reproduce the issue with the troubleshoot app. So if we encounter this again in our messenger apps, do the following and try to reproduce it there. And then forward that information into this thread.

Hi all,
I encounter an annoying behaviour (not really a bug, more a default setting issue): with the phone locked but the display on, the ambient light sensor sensibility turns off the screen when going from bright light to shadow.

The same behaviour can happen when receiving a call:

Any solution to that, or adjustment in the sensibility, would be welcomed

*yes I now, Google… still be most convenient day-to-day app for biking navigation in City. I’m open to any suggestion ^^

Hi Delan I moved your topic to this existing, because I feel from your descripion its more a proximity sensor issue than an ambient light issue (to test I assume you could just turn of automatic light adjustment). We can re-do the merge if needed.

Hi yvmuell. Good guess: I use “Pick to Wake Screen On” for the same purpose. If I deactivate it my issue seems to disappear.

I just was able to reproduce the issue while recording a voice message in the sun. The screen goes off and on. In the FP hardware troubleshooting tool I could reproduce this. So it’s very likely a FP problem, as already suspected. I’m running the June update (latest one as of today).

I also could reproduce it in safe mode.

When I reported this back to support and confirmed with them I was running the latest FP OS release they suggested me to send my phone back.

I suggest we diagnose and repair your phone at our repair center based in France.

That’s really odd. I have a feeling that some poeple on support have no idea about some reported issues and think that a replacement will fix it. This is definitely a software bug, I can still reproduce it. I got my phone (already replaced once) in January. If I remember correctly, you got your current one a bit later, right? So I doubt it’s a bad batch.

If I remember correctly, you got your current one a bit later, right? So I doubt it’s a bad batch.

I did, I sent my old one back around January and re-ordered one in April when the camera software got improved. I didn’t encounter the proximity issue in the first FP4, because there was hardly any sun in NL around that time. But it possibly had the same issue. 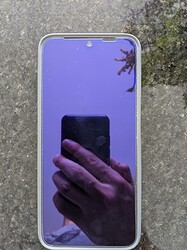 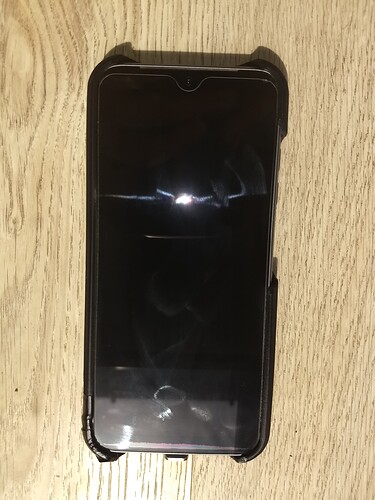 Sure, it’s possible that some reflection from the edge of the protector may cause this behavior. But then again, I think it’s to be expected that people will want to use screen protectors.

I’m on /e/OS without a screen protector and I can reproduce the screen going off and on with direct sunlight during a phone call.
It just never affects me in daily use (probably because I don’t use WaveUp, have my phone at the ear with screen off during voice calls and don’t use voice calls in messengers…).