Are there already any later news about the “counter”? Would be great to hear something about it again

Thanks and Best Regards

does not look good from what I hear here. But I’ll keep on asking to bring it back. But hey, maybe ‘Number of Phones delivered’ would be an even more interesting counter on the website soon

(I will update anytime I get new numbers)

, less than 5 000 fairphones sold in 1 month, i hope that it will take off when the phone is going to be delivered ( reviews, tests, videos, will make it shine bright like a diamond over internet ! )

There is still a difference between home page and shop page about delivery date. 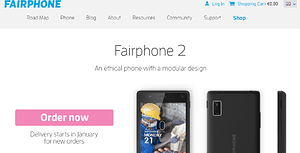 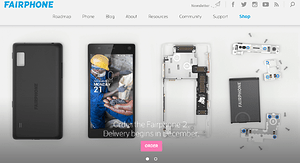 Delivery begins in December (for those who already purchased). But on the shop for new customers/orders - then delivery is in January.

Yes a little confusing, but hopefully after production/delivery begins then it will be easier to talk about.

I think there is no incentive at the moment to get one because neither can you be part of crowdfunding anymore, nor will the phone be shipped anytime soon. I guess sales will lift off in January again, when the FP2 is in stock.

Remark :
if you buy a phone today, the “shopping cart” page will give you an “expected delivery : December 2015”.

reviews, tests, videos, will make it shine bright like a diamond over internet !

I don’t understand why there is no simple gallery of live pictures of the phone on the shop website. It would attract/convince buyers…

If I needed a new smartphone, my main issue with the FP2 right now would be that it’s not in the hands of normal mortals yet. I would wait for a reasonable amount of users’ feedback before I would jump. At least that’s what I did back in 2014.

And frankly I assume that’s holding back many others right now as well, even more so given it’s 200 Euros more expensive this time. So in my eyes it’s just a question of time when purchases gain traction again.

I don’t understand why there is no simple gallery of live pictures of the phone on the shop website. It would attract/convince buyers…

+1!!
But could maybe because at the moment there is no need to sell a lot more.
First priority: acomplish the current orders - then think about to sell more.
Plus: maybe that coulde be also a difference to apple & Co: give no extra arguments of buying a phone you not urgendtly NEED (not: want!) by providing to much shine HD-pics…If you need a phone, you do support the idea, you trust some reviews - you should buy it. Not because it only looks nice…just a thought…

@Douwe thanks for the update! Hope to hear a bit better news soon

This was a known issue and should now be fixed. Thanks for the tip!

Remark :if you buy a phone today, the “shopping cart” page will give you an “expected delivery : December 2015”.

I just buy one, and "expected delivery was January, that mean it will be December ?

There is still a difference between home page and shop page about delivery date.

I just buy one, and "expected delivery was January, that mean it will be December ?

No. It was a mistake that it said December.

Yes, it is fixed

Good for the people buying these days.

We want news/pictures from Suzhou !!!

(by the way the 2 recent videos on facebook are great!)

I guess the next tranche of sales will be by the service providers who bulk purchased just before we hit the 15,000 … and THEN when people see them in the flesh, orders will pick up again.

… anyway only a few weeks to go for we kickstarters!

I got a general question : Did you order directly 15’000 phones at the 1st of october ? Or did you order more than that with preorders ? Is it important for you to order by big packs ?

@Douwe can we expect a production update with more information (as promised in the last blog entry) this week?