Since installing FP2’s Open OS and a SIM, I’ve noticed that I get a lot of battery drain from ‘miscellaneous’ processes, which didn’t even show up before. Has anyone else had this problem? 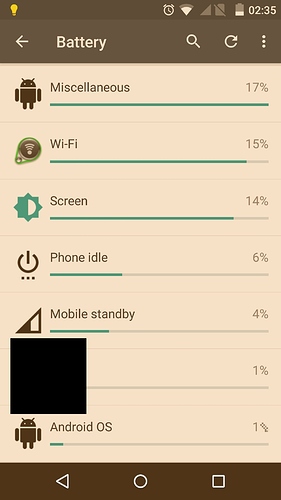 It’s only a statistical thing. The battery stats are calculated on estimations and Miscellaneous is a placeholder as I have understood it.

In XDA is an explanation …

Just upgraded my Nexus 5 to CM12, now i'm getting huge battery drain by a process called "Miscellaneous" and it's becoming very annoying... What is this p…

It’s only a statistical thing. The battery stats are calculated on estimations and Miscellaneous is a placeholder as I have understood it.

That much is clear from its own description, but if so, it’s a very wild and sudden inaccuracy that wasn’t present before, and the battery does seem to be draining much faster now.
I want to know what is using that power for both security and battery life’s sake.

Well, according to the description, I’d guess that the base file with the estimations is wildly inaccurate…

I think this may be solved, as over the last charge all that use got piled into ‘Mobile Standby’*: 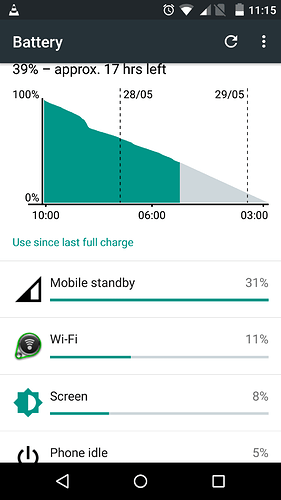 Screenshot_2016-05-28-11-15-46.png1080×1920 113 KB
That does still seem very high for that process, but this FP2 keeps losing the signal inside my flat, which might explain that.
My old busted SE cameraphone never lost the signal here, so I still think it’s silly that we insult these general-purpose palmtop tablet computers by referring to them by the least of their capabilities. Who’s a smart little phone? You are! Yes you are!

*‘Cell Standby’ for some colonials, or so I hear. 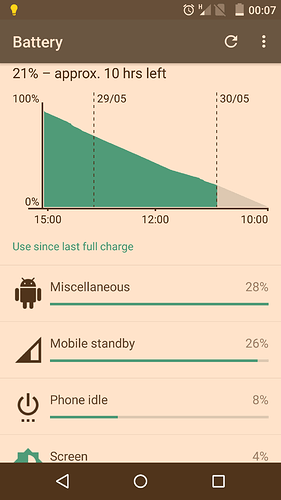 Now it just swung the other way and over-counted usage. 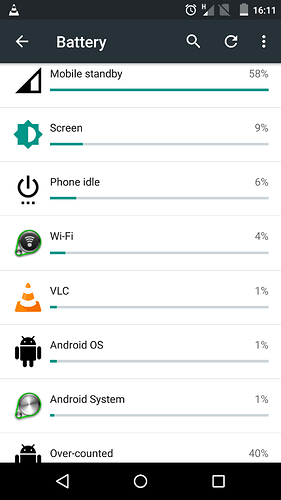 Hey,
I had the same problem after switching to FP Open and I have it again after upgrading to 16.08.0
although, the problem didn’t occur after the upgrade but only after re-installing google play services light through openGAPPS pico the problem seemed to be something with the native email client, the only work around I found was to deactivate the native email client and install the Gmail app from google play (or use K-9 mail) and use that instead. not ideal but the battery does last longer.
Anyone have any ideas how to fix this without deactivating the native email app?