In my opinion the FP3+ was a good idea but it was probably too rushed. In fact, the more sustainable materials are definitely a good idea, and the new modules as well, but waiting another year for this might’ve helped, especially to correct all major bugs before release of another Android version, and maybe they could’ve found an even better new camera module until then.

I think whether it was a good idea or not will depend on what they do next. Will they support both models (FP3 and FP3+) for another 4-5 years with updates?
Will they upgrade camera software, and will the update be for both camera modules or only the new ones?

Also, we have to look at the bigger picture. While the upgrade may be minor for existing FP3 users, they certainly gained a lot of good press in various reviews and websites. They need to gain traction as a company and sell phones, and for existing FP3 users this will be good as well- more money for the company will mean better support.

I just hope they will support the FP3 for a long time, otherwise the whole idea would be a little moot. Definitely wouldn’t want to see a new phone being introduced every 2 years…

Personally, I’d gladly pay for an upgraded camera app, perhaps they could offer a paid upgrade like this so they can devote more resources for this or have an external company design the camera app?

No, I won’t pay for an upgraded camera app. I already paid for FP3, then two upgraded cams with return of old modules.

So far I’m using GCam software, which seems to be an improvement also for the old cam modules.

The front cam (and audio) might be considered as a major improvement, but it’s of question if the rear cam is more than a very minor upgrade.

Hello,
The data of a photo taken in low light: 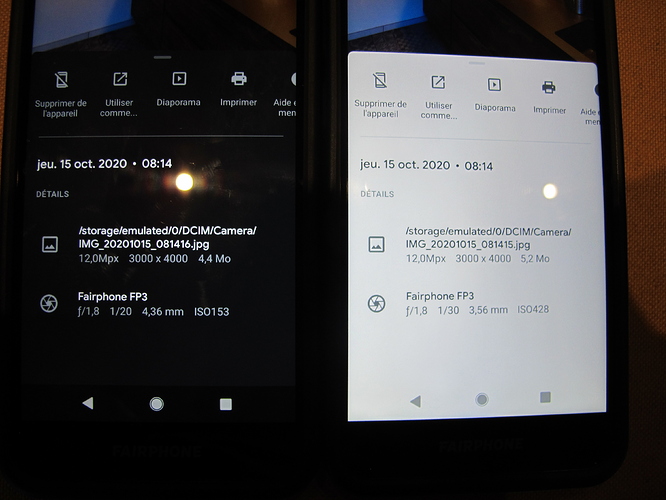 Hello there everybody from the Fairphone community!

I have got my Fairphone 3+ some days ago, and I like it very much. The thing I don’t really like is the camera. It is very disappointing to wait for the improved modules just to end up with something like this. Somehow blursed and sharpened at the same time, black spaces full of colourful fragments. I have tried different apps, different sizes, different settings, but nothing seems to help. May some of you folks give me advice? 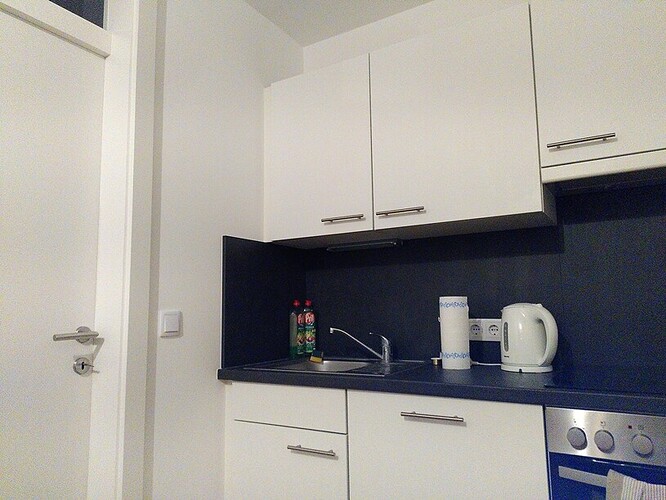 test 2816×612 114 KB
Most of my pictures look good when not zoomed in. I can live with this though. This shot here (like many others) doesn’t look good at all. Not even on a small display. I’d feel embarrassed to send this to someone.

I would be happy to get photos like @Arne-Jaeger or @UlM have shown in this thread. Mine are crappy overall.

Another strange thing is, regardless of the chosen camera app, and even when selecting the SD card as storage, all of the pictures go to the phone memory. Which makes the SD card a little bit useless though.

Still, it’s a great phone. I don’t want to rant, but that camera thing is really annoying. Especially after headily deciding to keep this sustainable phone like forever.

Welcome to the forum!
I moved your post here as the other topic was about the old camera module, this one is about the new one.

I have tried different apps, different sizes, different settings, but nothing seems to help. May some of you folks give me advice?

Did you try this google camera port, it has been reported to give very good results:

It does. It means you won’t get the improvements FP are planning to release soon (end of the year) for the camera software that should increase photo quality quite a bit, and the future ones they are still working on that should bring a very significant increase.

Even without the latest software updates, an /e/-phone should not provide such poor results. The image shows a lot of noise with a large grain size, which normally suggests that it would’ve been taken with a low resolution or high zoom level in poor lighting.

Thanks for the fast answers. And thanks for moving the post. That woud mean the photos from the other thread were taken with the old camera. Which confuses me even more, because I don’t even reach that quality. There are some fairly good ones in this thread though.

Did you try this google camera port

I have now, but the app crashes the moment I accept or decline the permission for location.

It does. It means you won’t get the improvements

Well, and I thought all the important improvements should have been done by releasing the new version of the phone.

Even without the latest software updates, an /e/-phone should not provide such poor results.

This sentence gives me hope, but I still have to figure out what the problem may be. The image I posted was highest resolution with no zoom level in acceptable lighting (resized without quality loss on desktop). 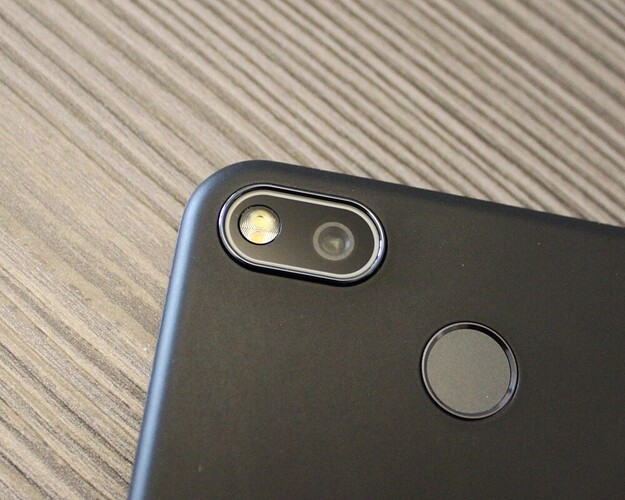 One week left to decide if to keep the phone or not.

Are there any updates for better image processing on the camera? Just curious.

That is what I would like to know myself. Software upgrade vs hardware upgrade to me is the greenest way which is where 2020 phones rule the day while FP advertises 48MP upgrade that does nothing, very old-fashioned thinking to say the least. FP has to have a strong software department, it is not negotiable anymore I think. With that said the camera on the phone does the job as does the device itself, but the whole package is simply not attractive. It is always a good time for a new strategy.

So much better than the stock camera app

Out of curiosity, has anyone performed experiments with old v new hardware using a camera app with better image processing than either FP3 stock or Open Camera (such as Google Camera ports)? I have a feeling that the differences will probably come out more here.

Aside:
I think in an ideal world, there would be an open source Android camera with fast image processing that is better than the FP3 stock camera app, so that we know exactly what we are comparing, but I think we may be able to settle this

Edit: Looks like compression on upload is taking the banding that I see on my phone display out of the image, although more high frequency noise is visible in the stock camera photo… Could it also be a function of how the phone displays the image? One example of an issue I’ve found with stock FP3 camera app (with both old and new 3+ hardware): strange banding in certain images, which is not present in the preview: 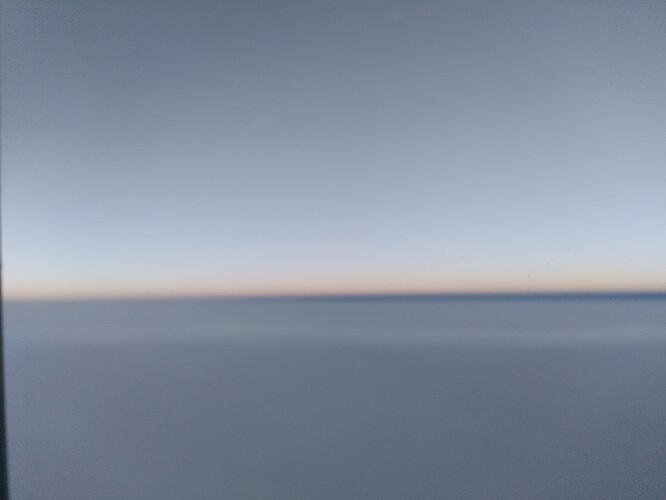 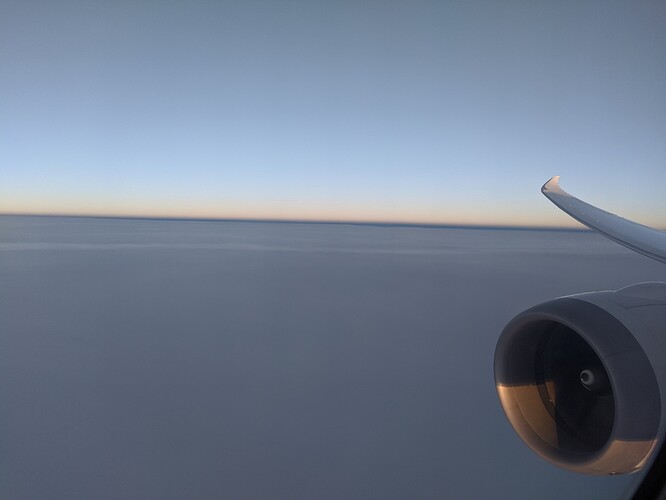 Not to say that it isn’t good enough for many purposes, check out this picture taken in Antelope Island State Park, UT: 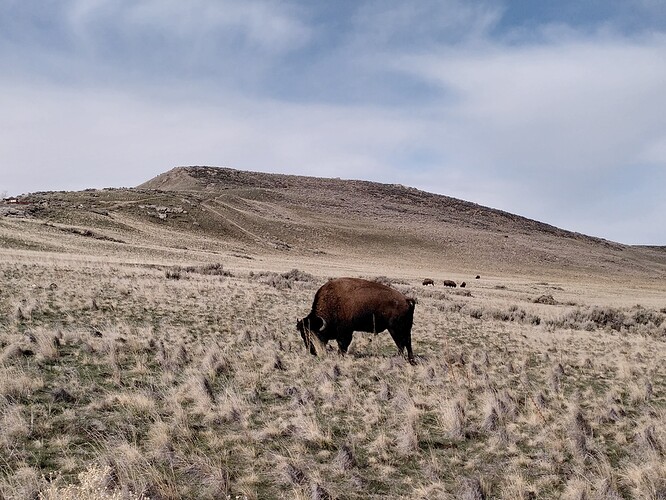 Di you have the original, or FP3+ module?

We are currently working on a number of improvements for the camera and we hope to have updates on these improvements in the coming weeks.

. Would also like to know if some of the software work you’re doing on fairphone 4 camera app will benefit Fairphone 3

@anon27553248 still curious about the camera software. Will we see some improvements with the coming android 11 update?