Thank you I will give that a try and then follow the instructions for taking off and replacing the display. I’ll let you know how I get on.

Thank you so much that worked great. It looks like one of the clips was open from last time I had a similar issue (and couldn’t get the display off) so no wonder it went wrong after being dropped!

6 posts were split to a new topic:

I had the same issue - first intermittently, then one day I couldn’t get out of it.

Yesterday I found this topic and cleaned the contacts - haven’t seen the issue anymore since. Here’s hoping it will stay away! 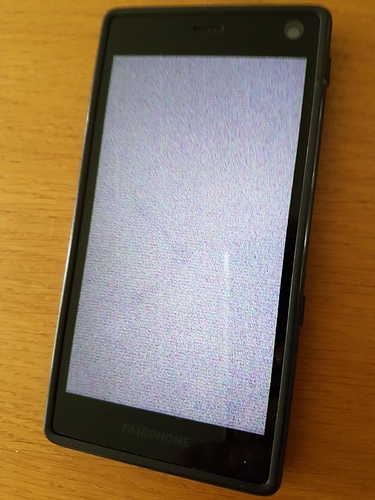 I had the same problem and here’s what I tried:

Could you share which special spray is that? My brother has this issue occasionaly and this is the only thing we’ve not tested yet.

(We have had a Fairphoner in our FB group who successfully tackled the screen and core module connection losing contact by inserting some padding under the core module’s contact area. – Warning: This is not covered by warranty.)

yes I mean cardboard.
I live in Germany, I just went to a local store and he gave me this: 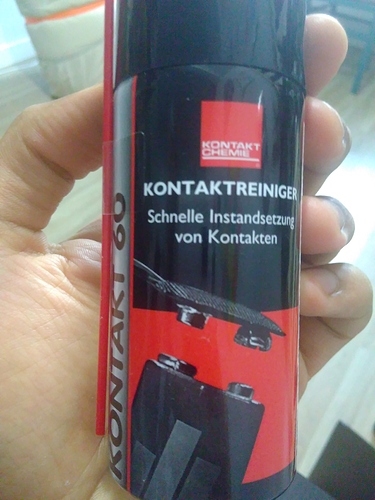 Since Tuesday I’m having the same Problem with my phone.
So far all my attempts to fix the problem were without success

Here is what I’ve tried:

Well, now I will give the tape a new try …
Greetings, Alex

As warranty is expired I would have to pay about 380€ for the repair. Thank you for this link! I didn’t know spare parts are sold at other places than the Fairphone store.
I don’t think I will pay that much for repairing an old phone but invest the money into a new phone with more recent hardware. Maybe a Shift Phone (or something unfair)…

For my experiments with the insolating tape and cardboard:
I didn’t have any real success so far. It seems to be important that the pressure is applied very equally. It only takes one pin with bad contact to scramble the signal.
Does anybody know how these spring loaded pogo pins work? Do they need to be pressed a certain down a certain distance to create contact?

he gave me this

I’ve used the same “Kontaktreiniger” to fix display connector problems and it has also helped a lot.

I also use my first bottom module. Got my FP2 in week one 2016. You should try playing the lottery

By the way: I can not recommend using any kind of contact spray or alcohol based cleaner on the inside of the Fairphone! The reason is simple: the small gold spring contacts are very sensitive. I use some kind of these contacts in the company I work for. You can clean them with A LITTLE pure alcohol dispensed on a cloth and wipe them. If you flood them with a liquid, I made my experience…

Today I met with @Stefan and we tried with swapping screens etc.
We didn’t got the screen working, but we are convinced that the problem is not the screen itself.
It must be the connector.

The weird thing is that sometimes when pressure is applied behind the connector the screen works.
I did a little research about pogo pins. They are actually made to compensate uneven surfaces and vibrations. So it shouldn’t be the distance between the screen and the core module.
So my guess is: the problem is inside of the housing of the pins.

This is why I propbly made a big mistake this evening:

I can confirm this.
Back home I tried again with some spray (maybe too much) and it just made things worse! Nothing worked anymore. I had some success with blowing out the liquid with compressed air, but still the screen is not behaving well.

I don’t know if there is anything to fix these pins?

I can confirm that the Problem is not the screen. I was thinking it was and openend a request. But yesterday I received a new screen and the problems stayed ecxactly the same…

Jep. My screen was working perfectly with @Stefan’s phone and his screen didn’t work with my phone.

This will be the reason why Fairphone Support replaces the Core Module in this case.

Yesterday night I had a look at the pins of the back USB connector. They are just standing and soldered onto the PCB. The black surrounding is just kind of a frame. (I can take a picture later this day if someone is interested). The display connector is not that easy to take apart, so I won’t do that.
So there is nothing going on in the black part.
The solder points of the pins shouldn’t be a problem as they are quite sturdy.
It rests the contacting inside the pins (they are basically a spring loaded pin inside of a tiny pipe) - no idea how to fix this.
Or it is the PCP: one or more of the conductive pathes might be broken. This would explain the strange behaviour of the screen workingwhen the PCB is bent…

The only thing that worked for me so far was cleaning all contacts with a dry cotton fabric. But not for long either…