No May update to FPOS?

Testament to how spoiled I am with Fairphone’s monthly security updates, I was taken by surprise with not having one in May. Rather than speculating, I thought: let’s ask the community (managers ;-))! Don’t worry, I’m very sympathetic towards whatever the current status is, but I would like to manage my expectations. May we expect a security update again in June? In the foreseeable future? Or are there reasons, like dev resource reallocation towards the Android 7 project, that make it less likely we’ll see an update in the coming few months?

Yes, the coming of Android 7 takes up all resources.

Thanks! I hope no major security flaws come to light between now and release.

I am pretty sure that if a major security flaw is detected Fairphone will investigate if Fairphones are affected.
And if so, make a well-advised decision whether it can wait till the upgrade, or that they have to take immediate action. As Fairphone is fair to its customers.

I am pretty sure that if a major security flaw is detected Fairphone will investigate if Fairphones are affected.

Oh I trust the team as well!.. but it would mean a delay of the Android 7 release

No, Fairphone knows that security updates are to expect.

I just realize we didn’t have an upgrade for may, and it’s already the 14th of june. Is there a reason the upgrade have not been released? Problem during testing or no significant security patch, which may worth an upgrade?

If you have any news or prevision on the development, I’m asking

No May update to FPOS? Android 6.0

Yes, the coming of Android 7 takes up all resources.

Thus, there will be an android 7 release? I thought I’ve heard this was an impossible move, due to some incompatibility with the processor…

Do we have any date to wait for? The blog post only says « this summer ».

Wait a few more days … Fairphone yesterday (Facebook link) suggested they have some news coming up, I would think it might come tomorrow or next week at the latest – the news that is, not the update! 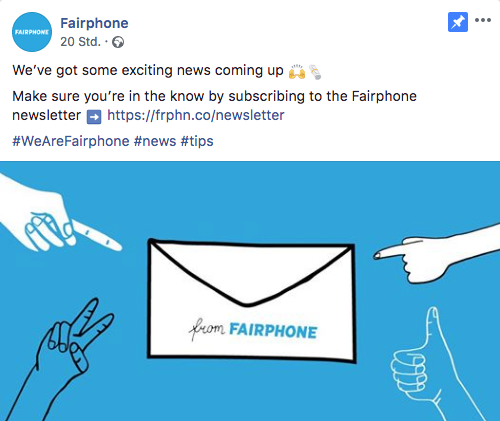 Are there any news about the android 7 release?

I guess they will announce it via the newsletter urs posted about as soon as it hits the street.

It entered the Beta stage a couple of weeks ago. Although I’m not monitoring the beta testing process closely (not signed up as a tester), from the noise overflowing into regular threads I suspect they’d want at least two more beta releases before they get a final together. If you’d ask me to speculate I’d say another month and a bit… but that’s obviously pure speculation

Are there any news about the android 7 release?

. Interesting how I recall a lot of these bugs either for Android 6 or Open OS. I bet that prior experience will help them with this job!

Hi!
Does anybody know what happened to the monthly (security) updates? According to https://code.fairphone.com/projects/fairphone-2-official-releases.html the last update came in April of this year. More than a quarter year have passed since then. Do I need to worry about the software developers working at/for FP? Would be cool to hear a sign of life from them.

PS: Feel free to move it to the road map category if it fits better there…

General consensus is developers are all occupied working on Android 7 for the Fairphone.

Thx for the fast reply.
There are worse news to hear…

Looking forward to it! Although – depending on what google releases – it might not hurt to push an intermediate (security) update, I’d say…
So it actually makes sense to re-read the “whats new in Android 7” announcements.

According to our current timeline, Fairphone 2 owners could be running Android 7 around mid-September.

So close, and yet so far!

Well, I guess technically some Fairphone 2 owners are running Android 7:

Dear Community, We’re getting closer and closer to the Android 7 release

But before we bring the update to thousands of Fairphone 2 owners, we hope to get feedback from you, our amazing community. This is an open call to anyone who wants to test the Android 7 Release Candidate for Fairphone 2. We currently have a release candidate ready, and if you want to help, your insights are very important for helping us make a better, more reliable software. We want to continue expanding the suc…