I want to make a solar-charger case for my FP2, but the only solar panel which I found which fits on the FP2 with 5V output has only 81mA. Honestly, I don’t think my FP2 will accept such a low current since the recommended current is 1000mA. But just to be sure: Will it charge?

Probably yes, but it would take ages. Assuming that your phone is fully charged at 1A in two hours, it would take 24 hours at 81mA.

You could combine multiple photovoltaic modules though.

And if it’s not switched off, but connected to mobile data or wifi, the battery might drain quicker than it gets filled.
But you could use a powerbank that gets charged slowly with your solar panel and then use the powerbank to comfortably charge your FP2, so you don’t depend on where the sockets are.

I already have a powerbank, I just wanted to have it as a more or less useless but funny gadget

But I have asked on some chinese solar website if they could produce a custom-designed solar panel which exactly fits on the FP2. I will upload my “specs” picture later. 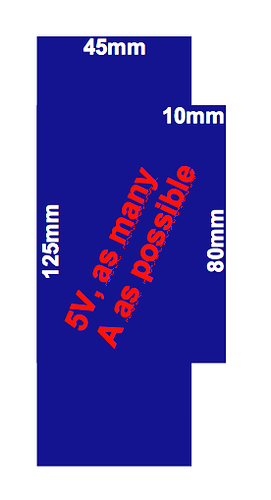 Let’s keep the discussion about amperage here and move any following solar discussion there:

Potential for a solar panel under the transparent back cover? DIY

I've been thinking about how to make a solar charger back for the Fairphone 2. Would it be possible to have a solar panel that sat between the electronics and the transparent back cover? I guess the major question is is there room between the electronics and the back cover to do this? These are the major advantages and issues I can see with this idea: Advantages: * Lots of guides already online to base building it on * Will need less parts which will reducing cost, materials used * You should …

I recommend reading that topic. It has some interesting information regarding photovoltaic cells.

So, apparently about 50mA are enough to start the charging process when the phone is turned off.

How did you find out?

I bought this 81mA solar panel and measured the current. Since the sun wasn’t shining at an optimal angle the current was about 40-50mA. Then I connected the solar panel to the back connector of my FP2 while it was turned off. It vibrated and the charging animation started.

This topic was automatically closed 2 days after the last reply. New replies are no longer allowed.