Looking to buy a Fairphone, WITHOUT Camera

Title- Is it possible to order it WITHOUT the camera module? The only thing i hate about phones nowadays is the expensive cameras that serve me no valuable use. I own a good enough camera already and my phone i have cracked so when i saw this pop up on Linus Tech Tips’s youtube channel i was in shock that the modular phone i kept asking around for ACTUALLY existed. I can’t afford to waste money on things i dont need so this would be the perfect phone for me if that’s the case. crosses fingers

No, that’s not possible. There is no option you can choose, when buying the phone. But for me, the camera is necessary anyway, for scanning QR codes for example for the corona app.

You could also buy a complete FP4 and sell off the camera modules. You won’t be able to sell them for retail price of course, but if you advertise them as brand new and unused you’ll most likely make back most of the €110 they go for in the FP shop.

Edit: this is presuming the FP4 will run properly without these modules. This has been true for all FP models so far, but not guaranteed for the FP4.

But that might be possible later, and only if these camera modules tend to fail after a while. Because who would buy a spare camera module, while it’s still working?

I would be a bit more doubtful that this will be possible with the FP4 (and neither with the previous FP generations). While I agree that the phone might still basically function (the FP2 and FP3 do without the small modules), more functions than just the camera might sit in the same module of the phone. In the FP2 and FP3, the “top module” that sat in the space where the main camera module is sitting in the FP4 included a variety of sensors as well as the earspeaker. Now the “earpiece” is a separate spare part in the FP4, but most likely it still needs to be attached to the main camera module to connect to the FP4.

Modifying my points: Based on the picture below, the earpiece looks more likely to connect to the main body of the phone, not the main camera module. However, this still leaves the question “where are the sensors?” 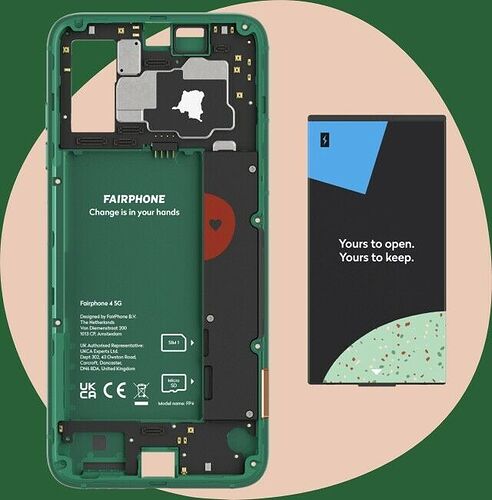 Boy do we need iFixit to dissect the FP4!!!

Ah ok, thanks yall! guess i just have to save up a bit longer then… Also thanks for telling me about the camera module having other stuff in it urs_lesse!