Basically, the title says it all: yesterday I was initializing the Google-Package after 1.5 years of using my FP2 w/o it (needed an app ASAP), and suddenly all of my local contacts, those not tied to a messenger, that is, are gone. Puf. Just like that.

What I’ve tried so far:

So, somebody done anything similarly stupid (starting to use Google, for Christ’s sake, I mustn’t have been thinking straight…) ?
Is there hope?
Thanks in advance…

P.S. If this is not reversable, well, I don’t know what to say anymore, because this would be really bad_. Assuming people will have their contacts “in the cloud” to be rescued is, I think, a little off the target demographic… I know a bunch of FP-Owners, and none of them is using Google but other app-sources.

I must guess that you are using FP Open and flashed a package from OpenGApps.

Contacts, call logs and similar stuff are stored in the data of apps called “providers”. There’s a system contact provider somewhere in the system (I don’t recall exactly now). Since GApps usually include Google’s Sync “feature” (I prefer to call it a bug), it is possible that the system’s contact provider app has been removed, maybe.

Given the above possible explanation, I must say probably your contacts have been vanished, but there’s a little possibility that the GApps package had remove only the app and left the app data (i.e. your contacts) intact in the phone. You can try to locate orphan data in the Settings - Applications list or with a backup utility like Oandbackup (free & libre) or Titanium Backup (free but closed source, thus obscure), but I’m afraid I cannot guide you more because I’ve not seen for some years how orphan data is displayed.

Thanks for your effort, but I have to disappoint you: I’m using the vanilla Fairphone OS (now in 17.11.2) and didn’t install the google package, just merely activated it…

Sorry for not clearing that up from the beginning.

So, my question to you: where would I find orphan data in the application list?

There is. It is called a “backup”.

where would I find orphan data in the application list?

I don’t know about the App list, but there are Apps capable of looking for orphan files, although in the context of cleaning them up then, but according to this piece you can look at them first … 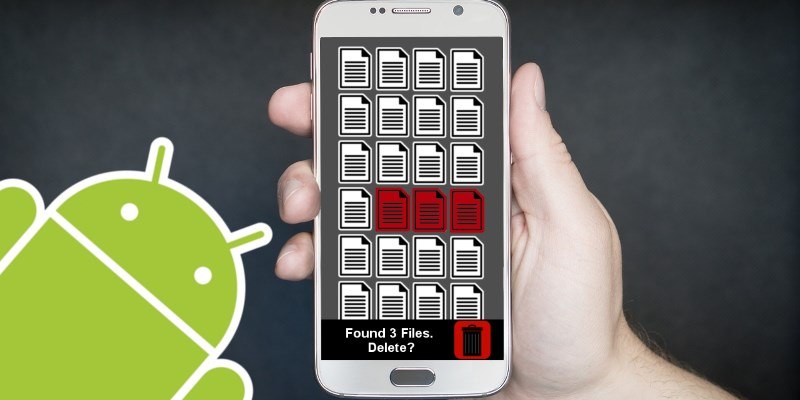 How to Remove Leftover Files After Uninstalling Apps on Android - Make Tech...

While it is easy to uninstall apps, it does not remove those files/folders created by the apps. Here's how to remove leftover app data on Android.

Edit: Have you checked your Google account for contacts which were synced? …

Thanks for your help, AnotherElk, and it is much appreciated…

in contrast to the snarky remark about a backup. Exactly what I need, somebody telling me that it is very irresponsible to activate a preinstalled app and not thinking that it might delete all of my contacts without prior asking. How about taking that high horse to frigging Google, Inc or Fairphone Limited, since those are the companies doing things w/o asking for permission, like listening in all the time or purging your contacts because you dared usind a product without umbilical cord to Silicon Valley for a while, were underway, in a hurry and just in need of a frigging ticket for the train, hence trying to install DB Navigator?!?

I’m sorry for exploding in your face, but that is exactly the kind of behaviour which put us “nerds” in the “don’t talk to them they are spooky, scary and mean” bin for DECADES… and I just can’t stand or tolerate it. So to say, it triggers me quite profoundly, as you can read.

Anyway, hey, Fairphone: get rid of the google shit…

I don’t think blaming Fairphone here apply. You can use FP Open if Google concerns you —like a lot of people here do concern, including me (take a look at #livingwogoogle). FP Open is official, it is supported, Fairphone has developers working on it and you don’t lose any security updates. It really solves a lot of problems, you know, with companies doing something you don’t want them to do, for example,

@AnotherElk just was trying to help. He doesn’t deserve your sharp comments. You are free to blame all you want, companies, products, OSes, industry standards, etc, but please respect us. Manners matter and I will probably agree with you.

where would I find orphan data in the application list?

If you are using Fairphone OS with Google Mobile Services, then my above explanation just don’t apply, so there’s no orphan app data in your phone.

Thank you very much, @Roboe.
But I don’t think respect is the problem here, I don’t feel disrespected.
Nothing wrong with criticism. It happens.

Criticism with good manners is welcomed. I do a lot of criticism, but sarcasm usually is not a good tool to do it healthily. We are a respectful community and should remain that way,

A bit of background When Android was still in it's infancy, almost every manufacturer implement proprietary software hoping the deliver a unique experience and differentiation from other manufactures. This was largely understandable given a lot of those manufactures gave up their own proprietary mobile operating system and felt the urge to differentiate in software to: Customers should buy into their ecosystem to remain loyal. But as time showed, their software was often inferior to Google's of…

I know a bunch of FP-Owners, and none of them is using Google but other app-sources.

It seems that you want to blame Google for using their services when it’s actually you yourself to blame for activating Google stuff although you knew that it is evil.

Plesse elaborate “activating”. I login and out oft Google Accounts regularly at work and I never lost the local contacts.

How did you store the contacts before? phone? SD Card? Davdroid?

Also, open the contacts app and check the menu: I allows you to select witch contact sources are displayed and enabled on your device.