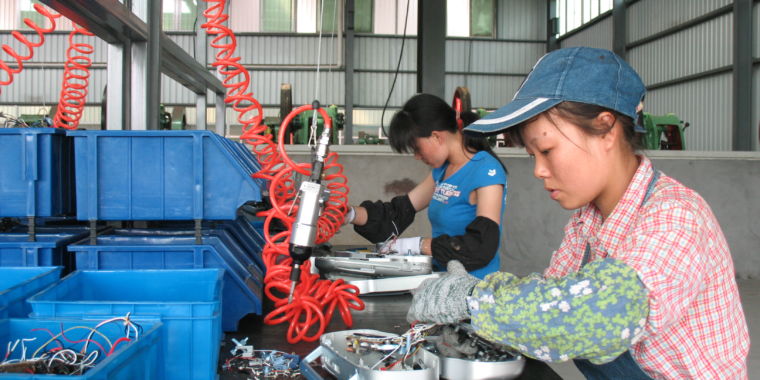 Each year, the world tosses a million tons of chargers alone.

Altogether, the report estimates that nearly 45 million tons of electronics were thrown out in 2016—and only about 20 percent of it is known to have been recycled. The report puts the value of the raw materials in that 45 million tons of e-waste at about $55 billion ($9 billion from smartphones alone), but most of that waste isn’t being recovered.

There are, of course, huge differences in e-waste from one region to another. Africa, for example, accounted for only about five percent of the total e-waste generated—roughly zero of which was recycled. Europe and Russia combined to generate about 28 percent of the world’s e-waste, but recycled it at a higher average rate of 35 percent. That’s partly due to recycling rates of around 70 percent in Switzerland, Sweden, and Norway.

The United States produced 14 percent of e-waste and recycled less than a quarter of it—just above the global average. China, which has four times the population of the US, came in at about 16 percent of the world’s e-waste, with about 18 percent getting recycled.

The trend for e-waste is, of course, upward, with about four percent more being produced every year. The report highlights the tremendous scale of changes in the use of technology over the last decade. In 2007, only about 20 percent of the world’s population was online, but that number has since increased to nearly 50 percent. That’s more people using more devices, while recycling efforts lag behind.

And many of those new devices are smartphones with incredibly short lifecycles. The average smartphone, the report notes, is only used for less than 2 years before it gets replaced.