[Edit by @Stefan: This post was split from another topic and given a title by me.]

Just to openly discuss this topic further: If lead free solder is used, it’s not a good a idea to use surface mount SMD connectors to begin with. The solder is not as “soft” as the lead based one. The stress on the connectors is often too much and the pads just break out – the usb connector attached to the port works as a lever against the usb connector on the board. Also lead free solders need higher temperatures, making things a bit more complicated.

I’m really hoping for a Type-C USB port in a little box that is screwed in, that is not connected directly to the board. I think the FP2 has already a nice similar solution with a standard USB port

“The speaker unit, which includes the speaker, vibration mechanism, main microphone and USB connector”
The L-shaped structure in the middle (Source: arstechnica): 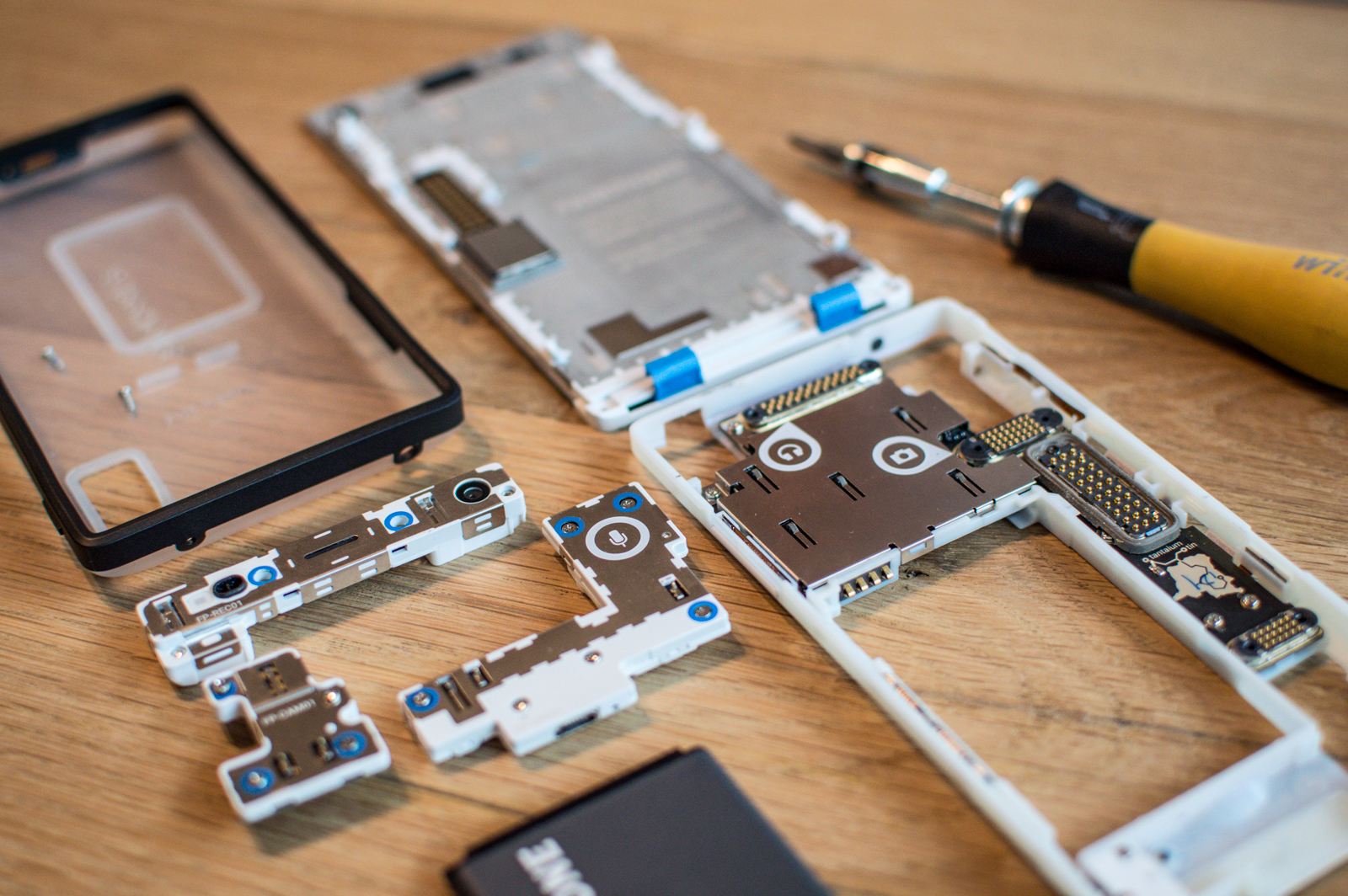 Talking about the community manifesto:
The specs/cad drawings of the FP2 were never published. Are they now IP protected, I wonder? I don’t know how the usb connector part really looks like.

(Update, I linked to the best picture I could find)

with the perspective of having to do so again every other year!

Someone in the forum said that he put some hot glue on his new mainboard after that happened to him. Maybe you can ask him how that worked for him.

I would surely not call this a “predetermined braking point” because (hopefully) nobody said: “Hey, let’s not fix the USB connector to the mainboard at all. That way, it’ll break more often and we can sell many mainboards”.
You know of these electronic devices that break just after the warranty period is over? With built in features that the phone breaks earlier?
Fairphone discovered the badly designed USB connector only after producing the phone and it being used in long-term.

I hope you can find someone to help you fix your phone! And I would also like to mention that this could happen to you with a Samsung phone as well.

Fairphone discovered the badly designed USB connector only after producing the phone and it being used in long-term.

Though they were warned about it when the restart project took a look at a prototype of the FP1 well before mass production started, see the post by @therob a few posts up [in the thread these posts originated] . Probably too late in the process to change anything though. So not malice, just poor design that lead to this - which is what one would expect when adapting an off-the-shelf “China-phone” model, as @fp1_wo_sw_updates wrote. Using an existing design, you get the life-expectancy of that design, which is why my impression is that most of Fairphone’s longevity claims for the FP1 were centered around spare parts being available (and the fact that they’re not at the moment is to do with a switch in distribution partners). This is presumably why the FP2, which wasn’t off-the-shelf, uses more components (more expensive to produce, but cheaper to repair).

(Update, I linked to the best picture I could find)

The best fairphone seem to offer is to follow the animation on this page. Here’s some hints on what to look for (doesn’t add that much info, I know): 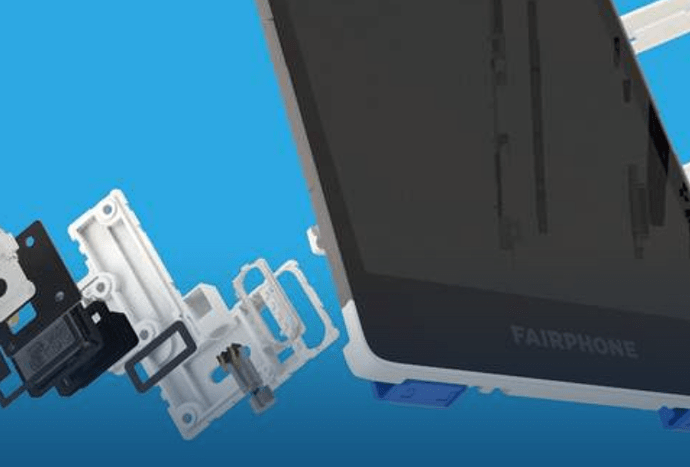 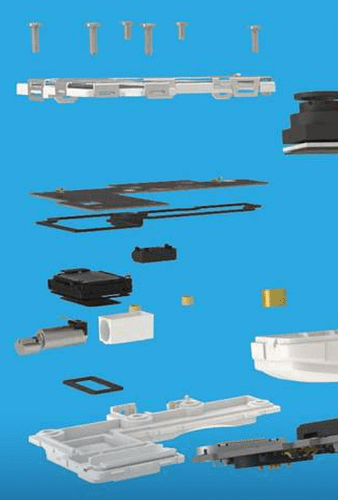 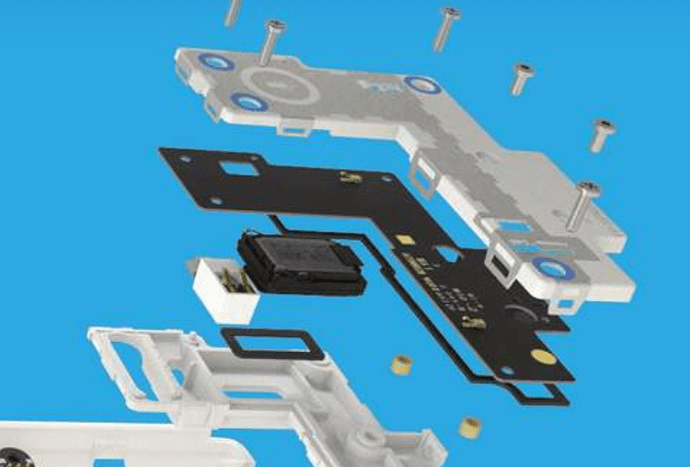 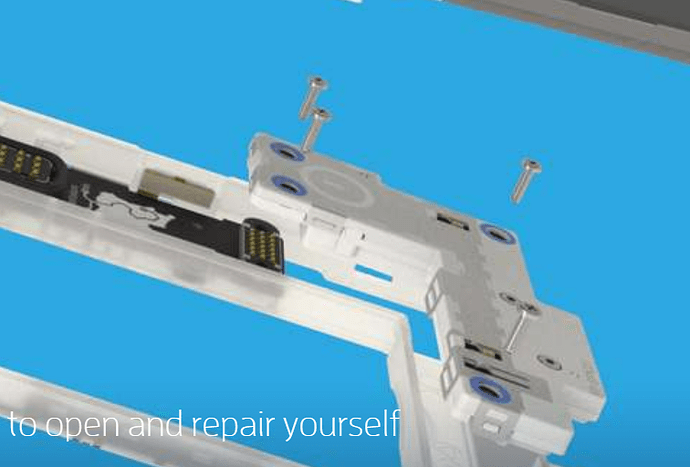 Thank you for opening up that thread.

I just wanted to clarify that when mentioning “well-known predetermined breaking point” I wasn’t referring to Fairphone alone. As I have learned while searching for someone to fix it, several people in phone shops and phone repair shops told me that this socket-break happens quite frequently with smartphones in general (due to the leverage effect of the plugged-in cable on the soldering points). And the amount of threads here in this forum referring to that problem prooves that as well.

So hopefully FP learned from that and finds a better solution, going with their claim to provide “phones to be usable for as long as possible” and to “align with our longevity and repairability ambitions”…

I don’t expect much from other producers in that field, but the Fairphone guys themselves have raised the bar here. 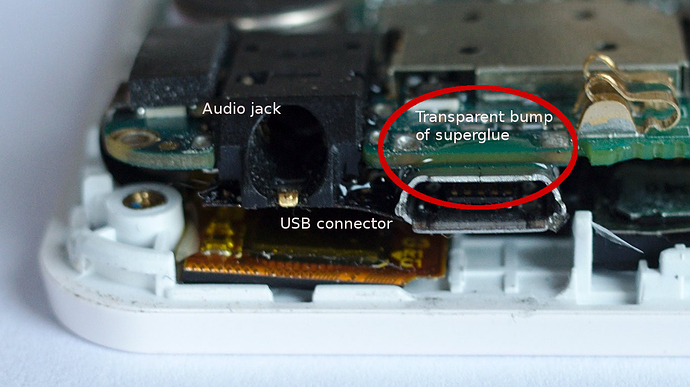 Nice to see this image. I think I will try this also.
Could you also post a pic of the top view?
The possibly broken soldering points of this and this post are located where at your pic?
Cheers, Robert

Robert, I did not take any top view pictures, sorry. The phone is already closed again and the white structure is pretty delicate, so I don’t want to open it up again. But what I did was gluing the “front” (the metal shield) of the usb-connector to board below to hopefully minimize its “leverage power”. The soldering points are on the “back” of the connector.

Honestly, I’m not even sure if this helps at all. There was not a lot room to fill with glue anyway. But I thought I just do it, so I don’t have to tell myself later that should have tried some preventive action “before”.

If you try this, be very careful and try to find a glue that does not run … a super glue gel. The usb-connector got holes and once the glue is inside … you have a broken usb-connector that is still soldered to the board

I tried to glue a bigger part of the usb-connector onto the board.

Yep, some articles were moved, so the context is a bit broken.

BTW: The Samsung Galaxy S4 (GT-I9500) just uses a Flex Cable Ribbon for the Charging Port. That’s also a very cheap and clever solution. You can find pictures if you search for “SAMSUNG GALAXY S4 CHARGING FLEX CABLE MODULE”. I like this cheap solution, but I guess a USB port “in a box” affixed to main chassis is even more stable.

I don’t get the idea behind that

It just came to my mind. It just means that the S4’s usb port can be replaced very easy and it’s very cheap. That’s all. It’s a different approach to a common problem.

my usb connector IS
already broken and I dont will buy a new motherboard, cause the other
one is still working. What I do now is:

Now I charge one
battery in spare and change it everytime. Its complicated, but
cheaper and better for the environment to use the old motherboard as
long as I can!

And there we have
the next problem, the Audio Jack. It is also damaged, not working
well everytime. Most the time I have to disconnect it twice until it
works. All this physical connectors have to be high quality and easy
and priceless to change, because they make the FP run in long terms.

For the data
transfer I use the external drive and my laptop. With this it works
already…

Important is, that
you use a Pixo C 2 + because of the size of the loading bay. FP
batteries are very big, so you have to find the right charger.

Hope this will be
fixed, knowing, that this problem is not a FP Problem. I bought to
power banks to collect solar energy for my FP and both are broken
inside. On the other hand the third one seems to be constructed
differently, but this on is from Anker.

My FP1U is still under guarantee yet FP want me to send my phone back so that they can inspect the faulty usb socket to see if it’s my fault. My girlfriends FP1U developed the same fault weeks earlier. I feel very annoyed that I could have to pay e130 for a new motherboard or try mending it myself at the risk of destroying the motherboard.
I think they’ve forgotten the FAIR in their name on this one. Their customer service response time is outrageously slow.