How “waterproof” is the FP3?

After four months of use, my volume down button stopped working. I know which day it happened, because the phone was stuck in a reboot loop for approximately two hours (with no way to stop it), until it just stopped rebooting itself and started working again, except for the volume down button.

Okay; so not being able to lower your volume easily is a minor annoyance, you can just press volume up and then adjust the volume up and down on the screen as you wish. But as I planned to use the phone to 2024 or so, I took the time to open a support case with Fairphone, which resulted in me having to send it in for a warranty repair.

UPS delivered the phone to France in a few days, and a day or two after it arrived there, it was diagnosed and I got an email back. According to the repair center, the phone was oxidized due to moisture. I was offered to 1) have it repaired for 390EUR (i e, almost the price of a new phone), 2) have it returned unfixed for 19EUR or 3) have it disposed at no cost.

The thing is, I don’t know how the moisture went into the phone. On the particular day, it was sunshine and partially cloudy (I went back and checked the photos taken that day to verify). I’m sure it has not been submerged into water. Had I used the phone in foggy or even rainy weather earlier? Maybe, but if so, that was weeks before, and if so, not extensively.
So the only theory I have is that somehow using the FP3 in bad weather causes moisture to build up inside the phone, causing it to malfunction at some random point later. I’m open to other theories if you have any. But it makes me feel uneasy if I can’t trust the phone to work when I need it to.

For me, FP3’s longevity is one of the top reasons to buy the phone in the first place. Fairness aside, if you can use it until 2024 (launched in 2019 and with 5 years of security upgrades), possibly with a new battery half way, then it’s actually a cheap phone. But that argument is completely moot if something as simple as a button can not be replaced, and I end up having to sending it in for very expensive repairs.

Is the FP3 more sensitive to moisture than other (non waterproof) phones? If it has been outside in foggy or rainy weather - even if only inside a pocket - is it mandatory to remove the bumper and back cover and let it rest for a few hours indoors? What are your experiences on the matter?

That is very hard to stomach, indeed. My commiserations.

German Stiftung Warentest (a public organization doing product testing) actually downgraded the FP3 a few months ago for not meeting their waterproof requirements – but the testing they did to measure this was basically sprinkle showering the device for five minutes. And from all you are describing, that’s far from anything your FP3 was exposed to.

From what I’ve heard, “water damage” seems to be the standard reply when someone tries to make warranty claims. That is why I would never pay for an extra smartphone insurance. But usually, “a few drops of rain” should not be a problem for any electronic device. Or usual summer weather.

Especially FP3 was advertised with IP54, so that’s a strange issue…

I do not like the idea of opening a device, I do this only when I absolutely have to.

I once had a similar issue with a SonyEricsson K700i: When I rushed out of the shower to answer a call, my hair was totally wet, and the water ran from my head right into the phone…

Especially FP3 was advertised with IP54, so that’s a strange issue…

Interesting. There’s nothing on the Fairphone website about IP54. Perhaps this feature is as present as the similarly advertised FM radio… 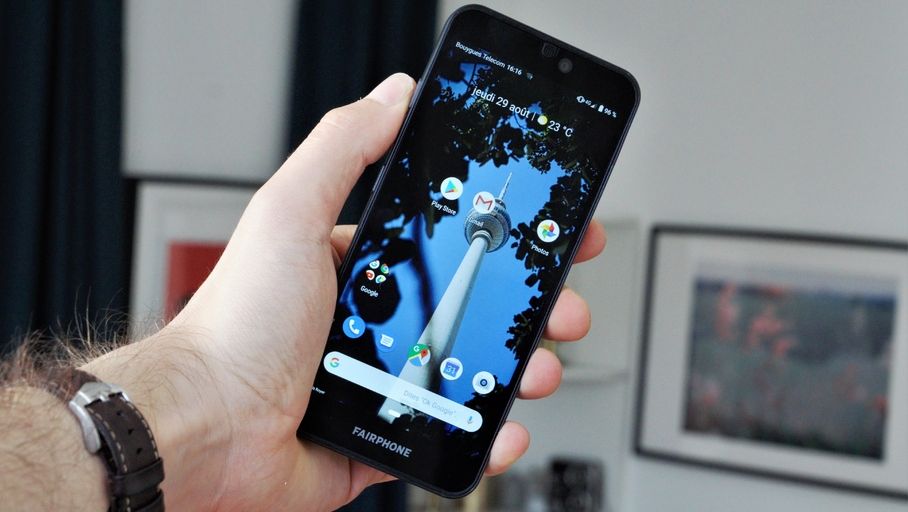 -> “Fairphone certifies the device to IP54, which gives it a slight protection against dust and splash”

I don’t know where they’ve found it, but all thourough tests - on most French reviews I’ve checked - mention this.

Here as well, in English and “in India”, for example:

Interesting. There’s nothing on the Fairphone website about IP54.

At least it seems to have been there …

IP54 certification according to the product page

https://en.wikipedia.org/wiki/IP_Code decodes the 4 as
"Water splashing against the enclosure from any direction shall have no harmful effect, utilizing either:
a) an oscillating fixture, or
b) A spray nozzle with no shield.
Test a) is conducted for 10 minutes. b) is conducted (without shield) for 5 minutes minimum. "

Epilogue: Reluctantly, I chose to have my phone back (without the “repair”) for the 19 EUR. I haven’t decided whether I should keep using it, or if I need to buy something more waterproof.
I asked the following questions to Fairphone support, and got a reply today (their reply is block quoted below).

We cannot determine what caused the water damage on a phone. We base the in warranty or out of warranty treatment on the moisture sensors.

This is pretty concerning to me. I was just about to order a FP3+ but decided to check the forum first. I just got a message from the service center looking at my Nokia 8 (which had a strange screen issue where the screen would go black every three seconds before coming back on) claiming that the screen had been damaged by me and asking EUR 610 to replace the screen since it was my fault. My phone was impeccible and never dropper or handled improparly, but I obviously have no option here. It’s my word agains theirs, and they are the experts after all. SOOOOOOOooooo I need another phone. One that I can actually repair myself. BUT if the FP3 is THIS sensitive to moisture it’s not the phone for me. I live in oslo and it’s pretty damn moist here most of the year. I sometimes find that my wallet, kept in my inner jacket pocket, is moist when going out to walk the dog. It’s that misty, not-quite-rain, that just get’s you all sticky and clammy…

Welcome to the community forum!
I’m really sorry for your phone being dead and support not wanting to repair it

This thread is the experience of one forum member. Being a community moderator, I can tell you I personally didn’t see a single other person saying that his Fairphone was this sensitive to moisture. He/She may have had a defect that made his phone sensitive to moisture, but it very probably was bad luck, as much as your phone got damaged because of bad luck as well. This happens, a little minority of phones have defects. The worse is not having help from support because they say it’s water damage, I agree.
Moreover, coming here on the forum won’t give you a very representative proportion of people having issues with their phone and people having none, as most people sign up her to ask help about their issues and not to say “everything’s okay, I have a perfectly working phone”.

Honestly, I don’t think just moisture in the air can damage the phone at this point, except if you are extremely unlucky. It has been reported by a certain number of users to be quite reliable (to some extent, of course).

Yeah, @alex21 that’s a point well made. People never go on forums to exclaim that their phone is working as expected.

You could always put a plastic bag over your phone when walking in pretty damn moist.
Better safe than sorry.

I guess those having their FP3 ruined by moisture must be somewhat unlucky. It is not waterproof at all, and had to open the back to get out drops of water. I kind of bathed my FP3, but I simply dried it and continued to use it without any problems. All the moisture sensors have activated, so it was exposed for some water indeed, but the phone works perfectly fine despite this. I however don’t recommend anyone doing this, I’ve been very, very careful after my blip and understand I was lucky.

Yes you were! Bathing your FP3 and it it still working perfectly is what I call sheer luck

I sometimes find that my wallet, kept in my inner jacket pocket, is moist when going out to walk the dog. It’s that misty, not-quite-rain, that just get’s you all sticky and clammy…

To be honest, I understand your reluctance and I am the last person to say, that the Fairphone 3/3+ is unreliable, as the one I bought for my wife works absolutely flawless (running on /e/).
But - as @diwic posted - IP54 is protection from water spray.

To make this maybe a bit more understandable:
IP54 is sufficient for lamps on the outside wall, not under a protective roof.

Water splashing against the enclosure from any direction shall have no harmful effect, utilizing either:
a) an oscillating fixture, or b) A spray nozzle with no shield.
Test a) is conducted for 10 minutes. b) is conducted (without shield) for 5 minutes minimum.

The one question, that could be important for you, would be, if the phone is kind of “bathing” in your pockets. Does the water collect in your pockets? Or are your pockets so moist/wet, that this kind of equals the drowning of the phone.
Making a call in the rain, on the other hand and according to the definition above, shouldn’t do any harm.

In my humble opinion the design, that allows the phone to be easily opened, is more likely to allow water to enter (especially by the battery cover); at least after some time/years of wear and tear.
But then one can replace the back cover to restore IP54 again.