How feasible is Linux on the Fairphone 3?

wow . . .
I guess this is obviously more complex than server / desktop Linux !
It’s such a pity Linux is such a wonderful concept, allowing for the “free” dissemination of knowledge and communication . . .

yet I have open source drivers for propriety hardware in my computer, granted they are less efficient than the propriety versions but they work.

I looked it up and I confused some things. They are working on Halium 8, not 9. And the person who works on it does not know what GSI is. But Halium 8 GSI would also be helpful for us.

I cannot see what sense a linux (apart from Android) would make on a smartphone like the FP3. Smartphones are all about apps and app ecosystems, and there is no such thing for linux on phones. Apart from the fact that, to my knowledge, there is no Linux distribution that is generally optimized for smartphones.

Apart from the fact that, to my knowledge, there is no Linux distribution that is generally optimized for smartphones.

There is, mentioned here several times … Ubuntu Touch.
And it’s available for the Fairphone 2 … so, precedence.

There are even more linuxes for mobile devices: https://tuxphones.com/all-linux-distributions-for-smartphones/

But of course their market share is next to negligible.

Frankly, I thought it was more or less dead. Probably after reading something like this 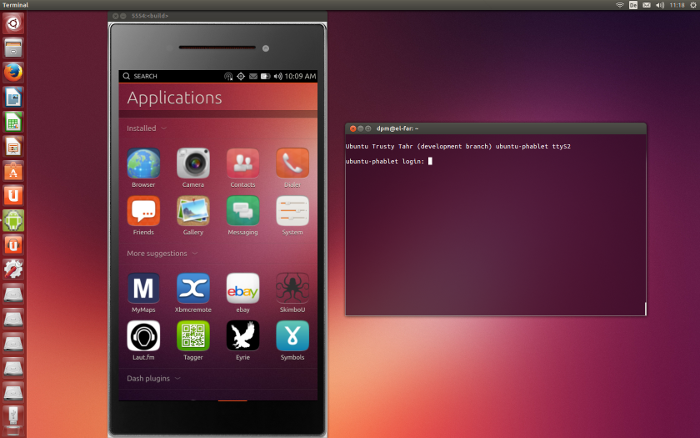 UBPorts-Projekt will Unity am Leben halten

Frankly, I thought it was more or less dead.

Well … I guess the very much not dead UBports community and the users using this Linux on their phones couldn’t care less about what anyone thinks … they might be in a small niche, but it’s enough to prove “there is no”-like comments very wrong

(Disclaimer: I don’t use it because I’m very fond of some Android stuff, but I briefly installed it on my Fairphone 2 and have seen it work for myself and it’s a pretty interesting experience.)

pine phone has at lease 4 distro’s that can be installed upon it.
the librem 5 is said to be able to install another 2-3 distros .
surly a small mobile computer in your pocket is what a smart phone is .
And I for one trust the foss environment more than I trust Alphabet.

If you’d like to get a bit of an overview on a (developing) ecosystem, check out this talk from last weekend at a dev conference called FOSDEM: https://fosdem.org/2020/schedule/event/smartphones/

I know FOSDEM. Interesting presentation for sure, but this is still very niche, carefully worded. And there’s no app ecosystem at all. In a sense that developers can make a living from it.

True! But like FairPhone, I consider it super cool that some people are getting the ecosystem started

Is it a mobile phone you are looking for or just a device that runs GNU/Linux and is more portable than a laptop? If it’s the latter you could check out other projects (like https://pyra-handheld.com etc.) too.

If it’s the latter you could check out other projects (like https://pyra-handheld.com etc.) too.

Or the GPD MicroPC for that matter, this thing is really neat, although I can’t say much about the Ubuntu supposedly running on it, I’m running Windows on it …

Surely it runs Linux with Lutris or some other frontend for the shitload of emulators available.

I’ve been unhappy with warranty with GPD (I own a GPD Pocket 2). 0/10 recommend or buy again, for that reason. Also, I had to mod it with thermal pads and copper to get better cooling. Else it’d be throttling like a madman (or being very noisy with the fan). Very easy to open up though. Also, the pointer device is an infrared field. It is shit; the nub of the orig. GPD Pocket is probably much better.

I also bought a Planet Cosmo Communicator with which you can put up SFOS, Debian, etc (like on Planet Gemini). These are not x86-64 (GPD Pocket 2 is an Atom) but MediaTek/MTK so expect bad Linux kernel support. Keyboard is fantastic though.

Neither of these has a joystick or gamepad though.

As for the question, it is all community projects to get something different than the stock firmware running on FP3. PostmarketOS runs very well on FP2 (one of their reference platforms) as do e.g. LOS, /e/, UT, and SFOS. So yes, no reason why Librem OS would not run on a FP2 or (in future) FP3. With touchscreen only though, I don’t think you do want a non-optimized default DE or WM. Even a tiling window manager is silly on touchscreen; you need a UI optimized for (capacitive) touch.

PostmarketOS runs very well on FP2 (one of their reference platforms)

Did you tested it? PostmarketOS is still in alpha and doesn’t support calls, AFAIK.

See https://wiki.postmarketos.org/wiki/Devices for which hardware is supported.

I regard it as Mer was with regards to Maemo and SailfishOS: a reference OS/framework to build upon.

Surely it runs Linux with Lutris or some other frontend for the shitload of emulators available.

The MicroPC is not for gaming, they think of it as a mobile admin tool. I mean, RS-232?
Although … good for old DB9 Joysticks perhaps … hmmm … I could actually try that

Not sure if I’d trust a device like that for such purpose. I mean, the Chinese company who do the software for Planet Computers got caught red handed. [1] [2]