How do I get this module out 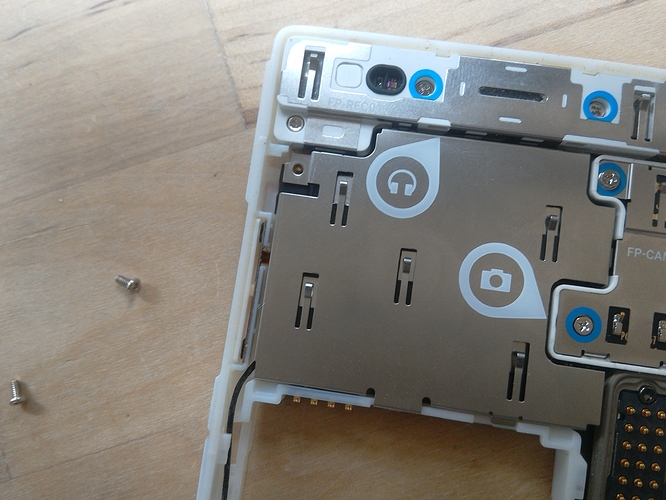 The screws fell out. One from under the cover. How do I get it out, so I can reattach it?

Removing this part might void your warranty. It’s not a module meant to be removed and actually bigger than the pictured metal plate. Check out iFixit’s Fairphone 2 teardown, and you will see that one screw is already missing on the visible outside (left side; high resolution picture from step 5) when you compare it with your own photo (or did you already remove the Torx screw yourself?): 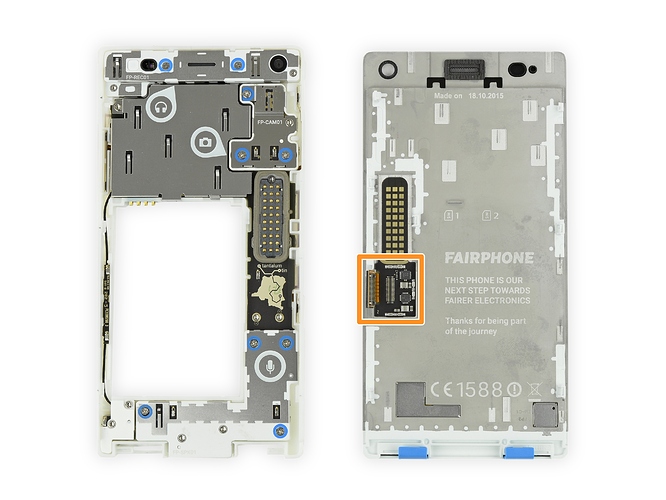 You might find the place where the other screw is missing without disassembling the core module when you view closely the enlarged pictures on iFixit’s teardown.

Just a first wild guess of mine: Maybe the other Torx screw belongs under the top module, to the left of the contacts? See this picture (I marked it red): 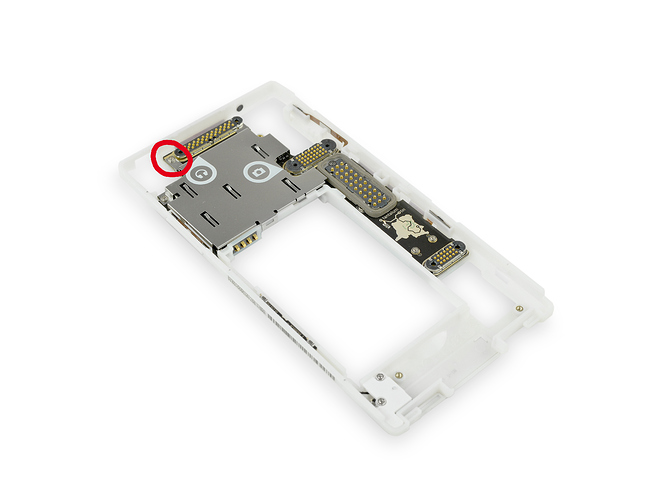 Thats what i feared. No the phone started rattling and when I opened it I found the two screws loose. The one is on the outside and can easilybe reattached, but the other is directly under the cover a little below the first screw. So I cant reattach it without removing the cover… Im not entirely sure what it holds though and whether it is necessary to hold anything or I can do without it…

I guess its more likely the screw beneath the other screw that fell out. 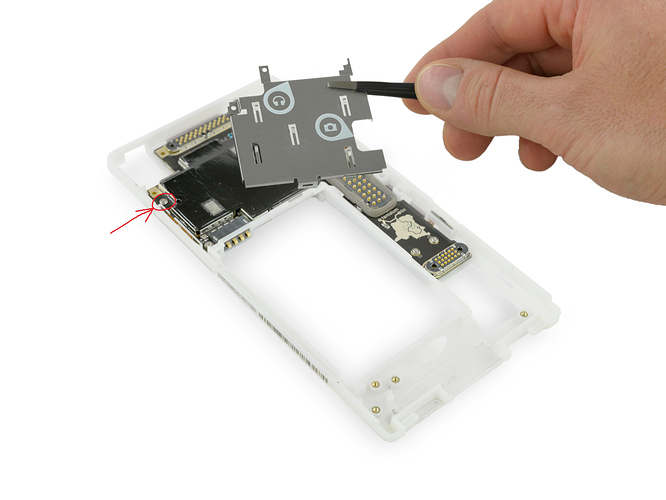 You can look under the shield and check if the screw is missing.
If so, you can remove the top module and remove the second torx screw of the shielding and lift it up.
Then reassemble it with all the screws.

Or you can call the support but that would be boring and time consuming for all involved persons.

Edit: thank you iFixit for allowing me to use their images and to change them.
https://creativecommons.org/licenses/by-nc-sa/3.0/