A bit of info on ‘iodéOS’

Introduction iodéOS is a privacy-focused operating system powered by LineageOS and based on the Android 10 mobile platform. iodéOS aims at protecting the user's privacy with a built-in adblocker and by freeing the smartphone from snitches. The...

no, I have not heard of iodéOS. What, in your mind, is it’s strongsuite?

I run it on my FP3, it’s basically a degoogled LOS with microG + built in adblocker, runs smoothly so far

The firewall/DNS blocker on it is not Open Source, from a privacy perspective it’s the equivalent of wearing body armor from head to toe and leaving your chest and vital organs exposed. They do have plans to make it Open Source but not for a few years.

Your better off flashing Lineage 17.1 and following best practices (no google/FB/Amazon or google built apps or API’s) and running a VPN and use AuroraOSS & F-Droid - Free and Open Source Android App Repository or use direct APKs.

and add a root DNS blocker on top of all? … mmm not sure

This is the link to their wiki page with instructions for those who wish to try the OS.
I will state I have not tried it and won’t for the forseeable future as I’ve not much time left for rom-hopping.

Weirdly the link for FP3 doesn’t work from the gitlab page, so here’s the repo: 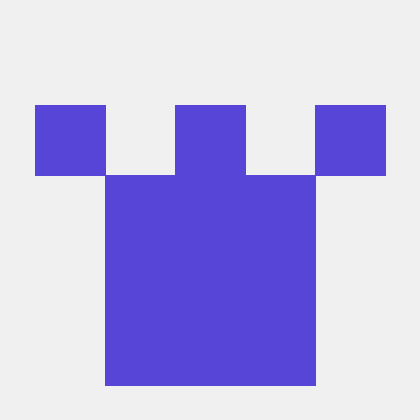 I’ve been quite interested in this ROM for a wee bit and I’m wondering if you could provide more information on how it is to use as a daily phone?

Is it good? How’re the updates carried out? Does it lag often? Are there severe bugs or papercut style bugs?

Does the ad-blocker work alongside a VPN?

I had somehow missed this topic and wasn’t aware of iode, but today I stumbled over a tweet that says, their OS now (also) supports Android 11 for the FP3

That and they included seedvault and made microG completely uninstallable in case one doesn’t want it.

I can answer my own reply as I’ve installed it on my FP3.

It’s as good as can be expected really.
Updates are OTA
No lags, as yet.
Papercut style bugs: Screen brightness that seems to affect everyone on 11.

Yes, the ad-blocker does work alongside a VPN. In this instance mullvad via wireguard app.

As a bonus they’ve got the F-droid privilege extension installed, so apps from Aurora Store and F-Droid install without extra authentication

I’m really tempted to try it, when an Android 11 upgrade (of /e/) is just around the corner anyway.
It’s not only on the phones sold by them like the news bit suggests, they have the Android 11 builds up for manual install already, too … https://github.com/iodeOS/ota/releases/tag/v2-FP3.

From the looks of it they “just” take some steps to degoogle LineageOS and add microG (uninstallable!), F-Droid Priviledged Extension, Aurora Store and their privacy solution, and that’s about it, avoiding some holes /e/ seem to really like to dig themselves into (UI mishaps, Exposure Notifications mishaps, App store trust issues, App forks up-to-dateness, to name the ones that stand out for me).

And it seems they keep the AOSP email App.

What’s not to like?
That their privacy solution is not Open Source is a concern. Can that be uninstalled?

The app does not appear to be uninstallable or disableable.

You can turn the blocker off in the app though.

It runs OK, appears to make encrypting email easier, though I’ve no-one to test that with.
I’m unsure how it compares to AOSP e-mail app.

Oh, thanks, they have the AOSP email App icon on their website here (in the scroller at the bottom), so I had hope

The iodé blocker is expected to be opensource by next year. You can read this and more in the review from tarnkappe.info/german or tarnkappe.info/english.

If you take a closer look at iodéOS, you will notice that Antoine Maurino’s fork of LineageOS is very close to the series of articles by Mike Kuketz. Or rather, he seems to share the overall thinking about privacy and IT security with the Kuketz blog and implement it in the best possible way. I find that extremely positive. And there’s something for everyone: either install iodé yourself or buy it pre-installed on the FP3(+).

If you take a closer look at iodéOS, you will notice that Antoine Maurino’s fork of LineageOS is very close to the series of articles by Mike Kuketz

The iodé blocker is expected to be opensource by next year.

I don’t understand the reasons they give on their homepage for not having it open sourced yet, do you have deeper insights?

Could you elaborate on this? I used to configure my phone according to the series by Mike Kuketz, but at the moment I don’t have root access, so I can’t e.g. install AFWall. I noticed that in the tarnkappe article it is mentioned that iodeos uses kuketz’s capture portal which I find very nice.

I was just trying to compare the series of articles with the information on iodéOS:

Introduction iodéOS is a privacy-focused operating system powered by LineageOS and based on the Android mobile platform. iodéOS aims at protecting the user's privacy with a built-in adblocker and by freeing the smartphone from snitches. The...

Instead of AFWall+ and AdAway there is iodé blocker. Shelter you would still have to install yourself. If you want to have exclusively opensource and not use infrastructure from Goggle, you have to uninstall Magic Earth and microG and wait until iodé blocker becomes opensource. But all the other finetuning of LineageOS is already done. For me, the advantage is clearly that you almost no longer have to adjust anything yourself (see above) and those who cannot or do not want to install customrom themselves can buy a ready-made privacy-friendly smartphone.

If you go through Mike’s article series again, you can see the similarities with iodéOS exactly.

I don’t understand the reasons they give on their homepage for not having it open sourced yet, do you have deeper insights?

I have installed it for some time now and really like it so far (Hey, now I have an easy overview which of my apps connects repeatedly to unwanted servers. Looking especially at you, DB Navigator!) except for one major complaint: the battery time is much worse than on my LineageOS4microG-installation. I have no clue why, I can’t see anything special in the settings about an app consuming much battery.
I have “optimized” any app which I can think of that could make a difference, but e.g. with WiFi and mobile data disabled (only BT up) the phone loses about 15-20% during one night.
Do you have the same problem?

I’ve never used the LOS with mG, so I can’t compare. However, overnight I sometimes get a poor battery life.

I had a spate of it and disabled data overnight and left wifi on, which helped. My wifi router turns off after midnight for a few hours (by my choice).

I don’t have BT on often at all. I don’t think my experience can help here, sorry.

Thanks for this quick reply

I have one more question, maybe you could help.
I have one specific app (Witjinhs health mate) which mostly works with one exception: it needs to connect to cdn.lr-ingest.io which is being blocked.

To make it work, I temporarily have to disable iodé-app which I don’t like because in the meantime DB Navigator talks to half of the internet.

Do you know of way to whitelist specific addresses, preferably only for one application?

[EDIT: maybe we should open a “Questions regarding iodé”-Thread to not spam this one?]

There is, I think.
In the iodé app if you un-tick the box beside the app it whitelists that one app without disabling any others