douwe, the security concern is duly noted and addressed in the subject.

could you share any productive detail on what FP has done in terms of research?
no lengthy explanations, of course, only what is actually useful. that would be great, thanks.

how exactly do you search for a suitable replacement, and is there really no closer fit than the one @HermannMeuth found?

I found this closer fit, but I wouldn’t want to try it. It looks dangerous and their advertising is suspicious:

Besides it is sold out, but it would have been 6 € for 2 batteries…

This one might work: https://www.subtel.fi/Battery-for-Samsung-Galaxy-S3-mini/Ace-2/Trend/Trend-Plus/S-Duos/S-Duos-2/Player-One-E-914298.html (same dimensions as the dodgy 2-for-6-euro one).

Edit: The more sources I find the more I think that the Samsung EB-F1M7F comes closest to the FP1 battery. Dimensions: 50,5 x 60,5 x 4,45 mm. I wonder whether it would really fit the FP1 and if the temperature monitoring would work (the central pin).

Edit2: There seems to be two batteries that are identical apart from the number of pins. The Samsung EB-F1M7F seems to have 4 of them, while the Samsung EB-L1M7 has only three. Both of them are advertised for the Samsung Galaxy S3 Mini (different flavours admittedly).

i think dx.com is fairly reputable; as regards the price, given that they’re all made in china, no reason to pay the likes of amazon a huge premium. not sure how fair their sourcing is, in either case. what do you think of this one?
http://www.dx.com/p/replacement-2450mah-3-7v-battery-for-samsung-i869-i8552-i8530-golden-254136?Utm_rid=44649631&Utm_source=affiliate#.WWZFxuk3VPZ

The S beam battery looks ok-ish, but it’s also too short. Mind that the batteries could have a much lower capacity, depending on how much time ago they were produced.

I just clicked through the batteries on this page and found the samsung galaxy s3 mini one by chance. I think I got to that page by searching “smartphone batteries dimensions” in duckduckgo.

There are apps that can display the battery temperature. If it shows about 25°C on a freshly booted phone it should work and it should go up to about 38°C when you use 3G for a while (that’s my experience with the original FP1 battery).

When you let the phone lie in the direct sun, it should eventually give you a warning tone and shut down because of overheating.

thanks for sharing, HermannMeuth! I just ordered two of those vhbw batteries and I will try your solution.

Does anybody have reliable information on this topic?

Since @werner_noebauer links to a supposedly equivalent but sold out Changhong battery for P6T, V9 and others here, … how about this:

“971 suppliers can give you a quotation.” … Perhaps Fairphone could buy a few and check out whether they are any good.

Edit: Found another site with some more pictures of this battery:

yeah, brilliant. @Douwe, has this been tried?

I guess there is no such thing as equivalence unless the battery is specifically produced for a phone model (we do need standardized smartphone batteries!)

Most important things, from my point of view:

The capacity is not so important, but a higher capacity is of course preferred. (The Samsung batteries I mentioned above only have 1500mAh, and the current FP1 battery has 2100mAh.)

Testing of potential existing alternative batteries appears to be still ongoing, and I’m not sure how people are going to test for thermal safety - so (as with everything on public forums) there’s no guarantee that mentioned options will actually work.

I will receive one of those batteries tomorrow or on Wednesday and will report back. “Testing for thermal safety” will be done using the app DevCheck. At the moment it displays 27°C for my original FP1 battery, but it goes up to 39°C, when I use 3G and surf the internet for about half an hour. I will compare these values to the ones obtained with the generic HB5N1H battery. 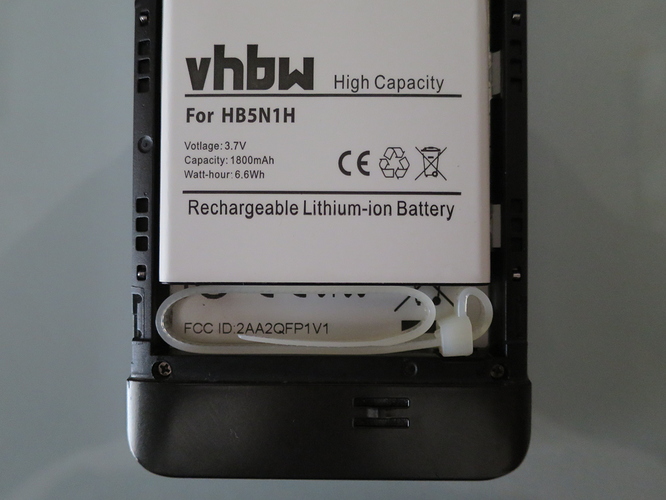 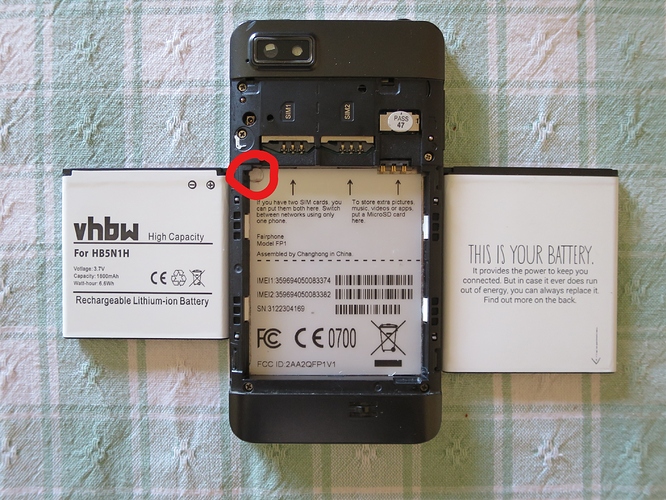 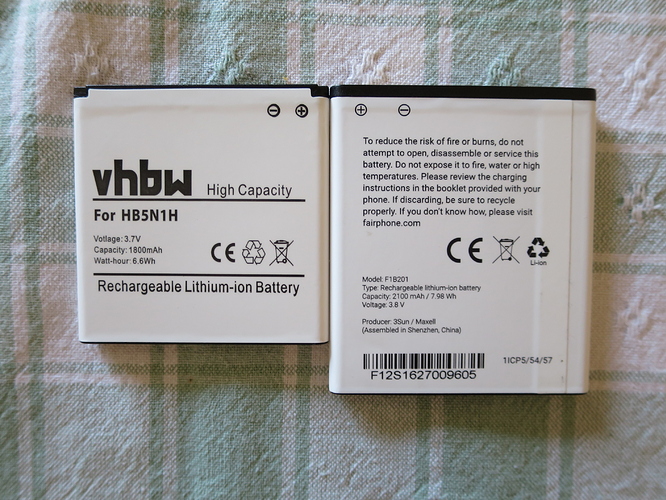 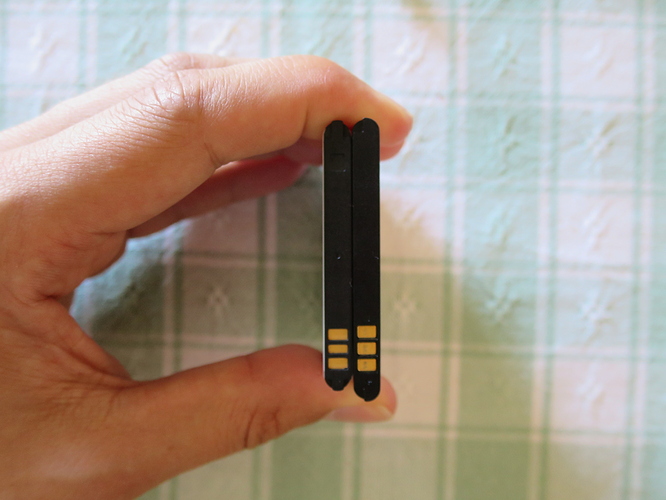 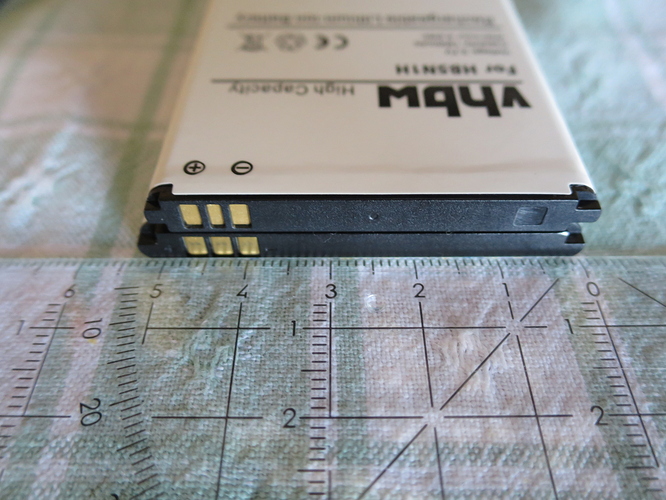 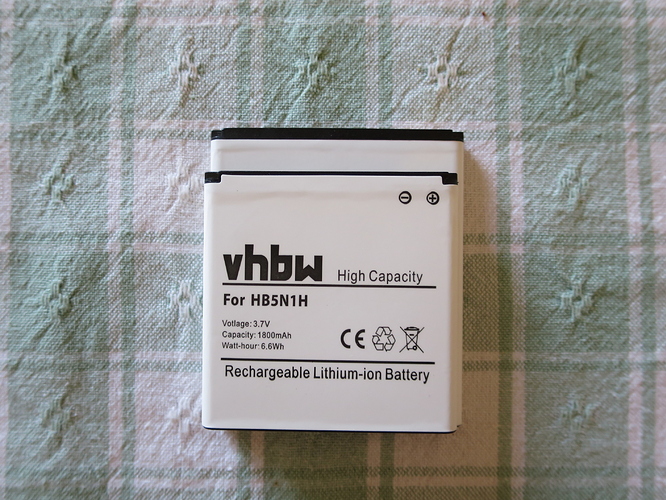 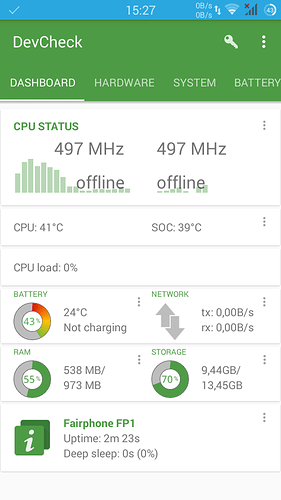 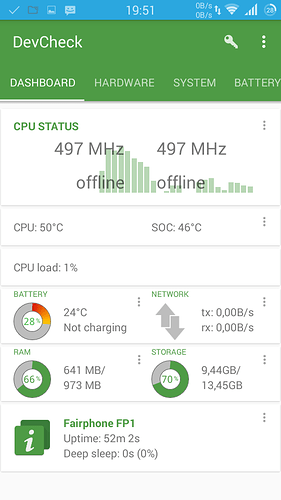 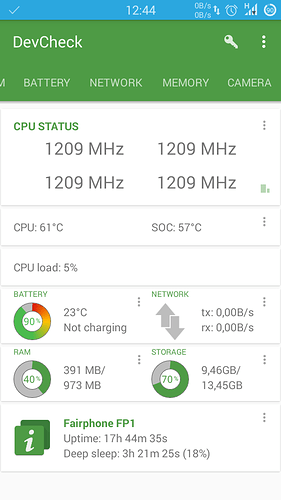