I’ve had constant reboots since the January releases.
Even without the Apple router problem. I’ve uploaded a new kmsg file (last_kmsg_13012018.txt).

Are you still using your custom kernel I gave you a while back?

After two months with my spare phone (i needed to be available all the time) i took my FP2 as second phone two weeks ago(with LineageOS) and now i completly switched back ~4 days ago.
40 hours ago the last update… and since then my Phone didn’t rebooted once

I have your last uploaded image from you and now I have no more daily reboots. 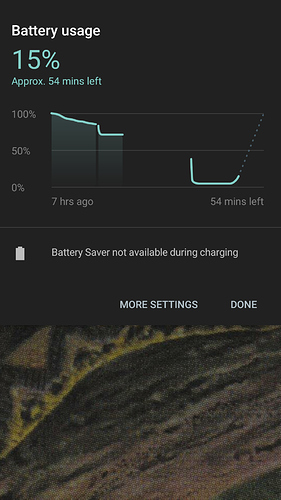 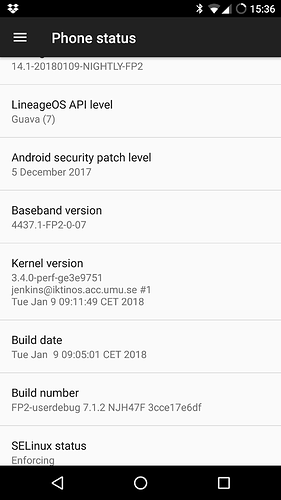 I could not see any exception in your latest log files, so I guess your reboot issue is caused by some hardware fault.

When do the reboots occur? While the battery is being charged or not?

The battery was charged at this moment.
Charging status never exceeds 90% because I use the app “Byttery Charge limit”.

A general question, as I don’t have a clue how anything works…

A software update is going to be available at some point soon. Could there be a similar change needed for LOS?

Official modem.zip for #LineageOS would be very nice, at least an information that LOS users should be aware there IS a new version and that action should be taken…

Just check #modemfiles every now and then to see if there is a new file.

Battery was not charged.

I don’t really experience these reboots on my LineageOS device. Could it be that the cause for these random reboots affects devices sold especially after August '17? Then it could be the same what is described by @Douwe in: FP2 random reboots - see #rebootsguide for help for which Fairphone is going to deliver a patch soon in their Android version. Maybe something could be adopted for LineageOS in this case?