I can switch to the front cam using Wichaya’s mod just fine by tapping the button in the bottom left corner.

Even in the video mode? Sorry, I should have been more specific. The camera (photo) mode works fine.

just tried recording a short video with the selfie cam and it worked fine.

For me it only works with 1.4x zoom. 1x zoom stays black or freezes.

Yeah, you’re right, 1.4x zoom works. Pretty damn weird. I’ve contacted support, I have problems with the front cam using the Camera2 API in other apps too. For example IP Webcam (https://play.google.com/store/apps/details?id=com.pas.webcam) cannot access it at all. But when using the old camera API, it works just fine.

that’s weird, I’m not having any issues with 1x.

It is definitely weird. Can I ask what version of FP4 do you have and when was it delivered? It is possible that there are slight hardware differences between batches and the software doesn’t account for them.

Btw, I tried it with IP Webcam, which allows manual zoom setting, and it works with basically any zoom, even 1.07x. Just not 1.0x.

it’s the fancy green speckled one, arrived in the first week of December 2021.

Mine is grey (8GB) and was delivered on 21st of December. So there could be differences. I’m really curious what could cause this.

Camera app freeze, when i go from camera → video → slowmotion.
Is that only for me that way?

It is the same for me.

I have a different question: Is it possible to use top shot without using Google Photos? I couldn’t find the folder where the individual frames are stored.

Same for me. Also the full 48MP picture quality and the ultra-wide lense are inaccessible. This is a problem of the Camera2 API implementation. The reply from support is that this is not intentional and it will be addressed in the future. I didn’t discuss this particular problem (slow motion) with support though, so feel free to open a new ticket.

Where can I create a ticket? Can’t find a link to the issue tracker and so on. The question would be, since there is no official port for the FP, is it even possible?

You can create a ticket here: https://support.fairphone.com/hc/en-us/requests/new

The thing is it’s not really a problem of GCam itself. It’s a problem of accessing certain camera features by 3rd party apps. In other words, the slowmotion would fail in any app (except the stock camera app), simply because the API doesn’t allow you to use it.

Just for general clarification: for FP3 and FP4 there is no public bug tracker as for the FP2, so a user must always #contactsupport who would then handle it internally, still you get a support ticket number for your request.

Simple but efficient Camera app based on Android’s modern CameraX library
GrapheneOS camera.
Works well on FP4 (in my case with iodeOS)

Pictures have the same quality then with Wichaya Gcam.

Maybe you will give it a try. I like it very much because of the simplicity. 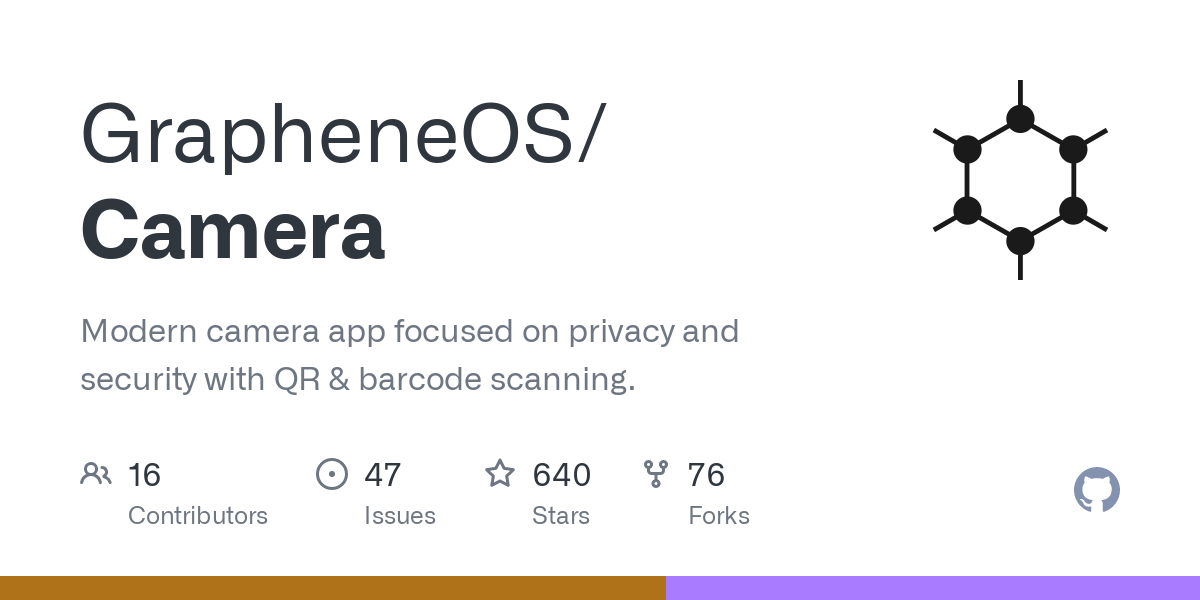 Interesting, I’ve been looking for a decent alternative to GCam (mostly for the third party gallery thing).

I’m not exactly convinced by the shots I took. Pictures seem to lack sharpness and there’s something a bit off with exposure, maybe the lack of HDR feature ? 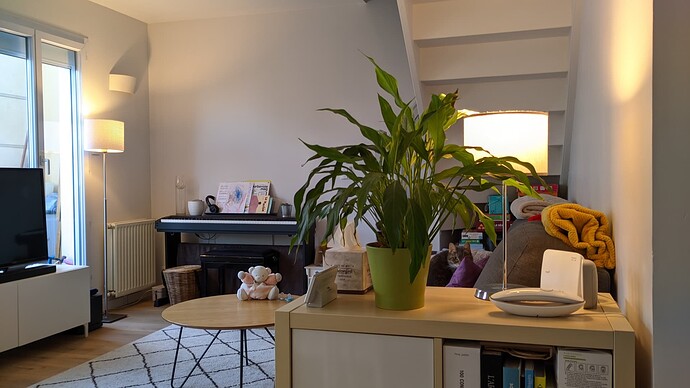 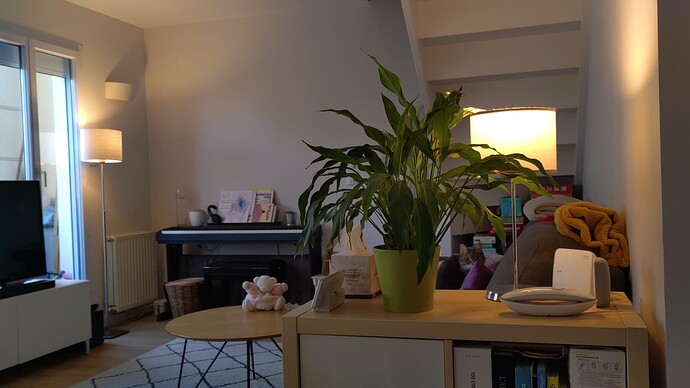 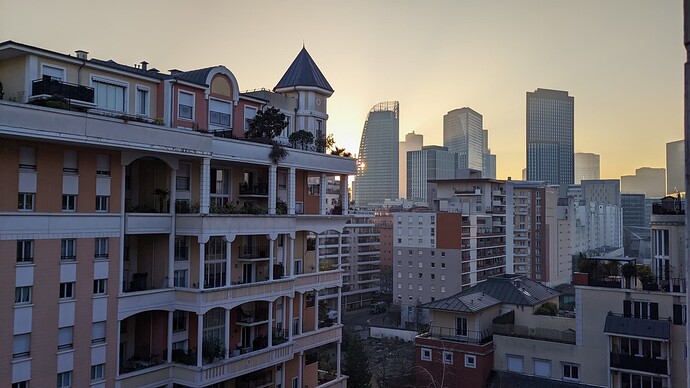 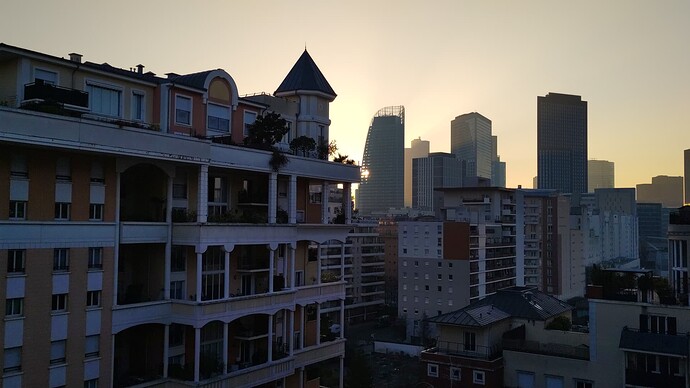 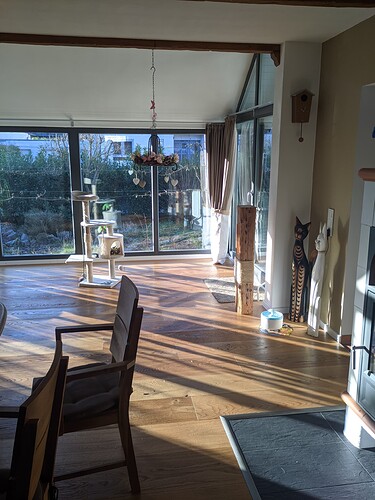 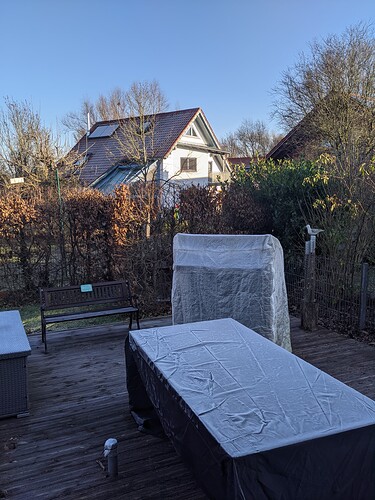 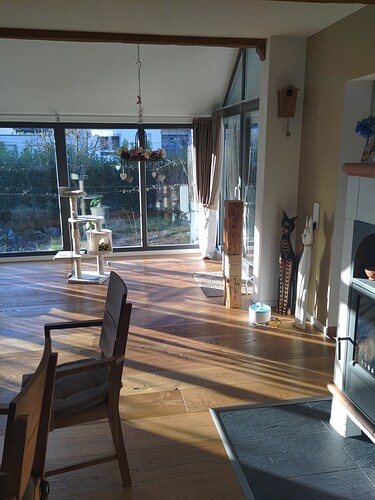 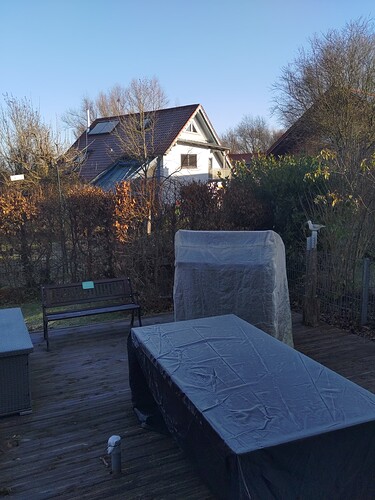 Those pictures tend to confirm the sharpness issue on GrapheneOS camera, especially on the outside pics.
Some details such as the white writings on the green “card” of your bench seem almost invisible on the GrapheneOS Cam pics.