I wonder whether Fairphone would still exist in any meaningful sense if only a niche audience (degoogling) in a niche (phone produced as fairly as possible) would consider buying their phones.
The reality is that most customers still either actively want the Google stuff, or need it for technical reasons (e.g. mandatory Apps for work relying on it) or just don’t care about it.
If not in the know already, then at least they will have a chance to encounter the degoogling aspect once they have the phone and browse the forum or other resources. That’s not too bad as a base to build awareness upon.

Yeah, I completely understand the issue. But at least to me no google is an absolute necessity.

Hi bliss, would you share your build? Did you manage to flash it?

Got a successful build.
If I get one person that knows a little bit more than we both probably do I’ll let people know.

Darn, missed your post. You were probably one of the first to achieve that then. I suggest you do a pull request on the unofficial device tree here and share your work: 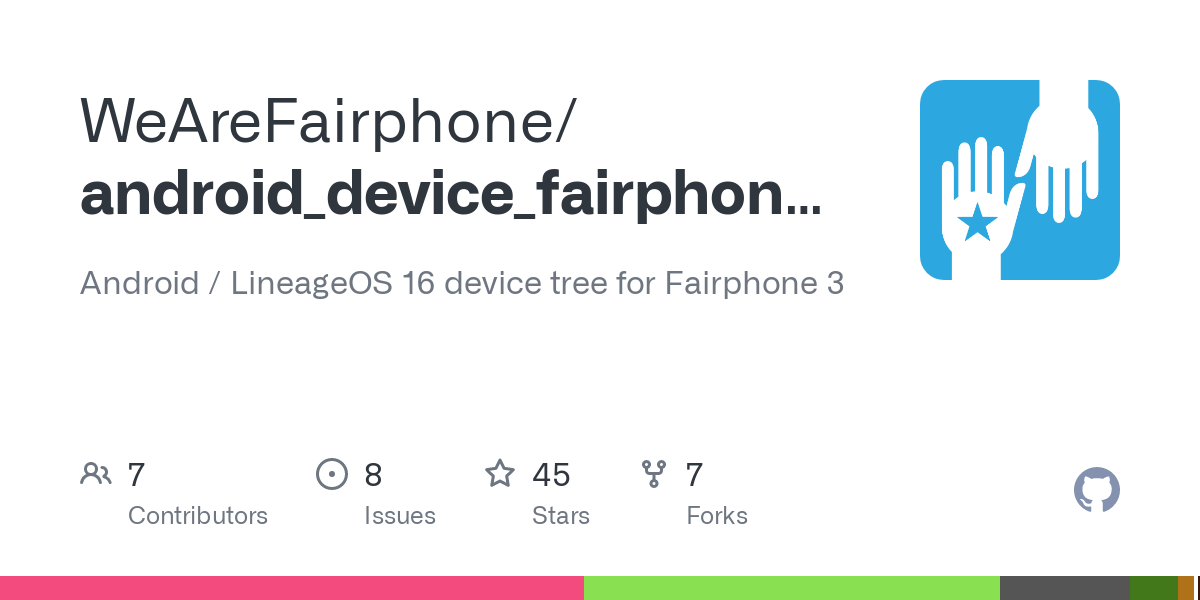 kernel for upcoming LineageOS FP4 build. Contribute to WeAreFairphone/android_kernel_fairphone_sm7225 development by creating an account on GitHub.

My FP4 is on the desk and waiting to be tried out.

Sure!
I’d love to.
I myself am by far not able to do a complete port.
I’m sure people somewhere are already working on it.
More knowledgeable people than me.
Will do on 27.1 / 28.1
Before there is too much traveling and family

Did you manage to flash it?

I never tried.
I guess it is useless flashing a blank kernel without any custom device drivers whatsoever?
I’m also a little bit scared of bricking the new device

Super cool!
Always wanted to work on it collaboratively as I do not know enough about the topic.
Will definitely share as soon as Christmas holidays are over!

For people also trying to build the kernel let me bump this thread again.

My man. My FP4 is up and ready to get flashed the hell out of him.

If you can wait until mid/late January, the issue is probably over anyway.
I assume that when /e/ brings out their FP, then also a LOS and shortly thereafter a LOS4mg is ready. Iodè is also on the way. They expect a device to port by January…

Success is with the patient

To add to this, we now have the kernel pulled from official sources and available here: GitHub - WeAreFairphone/android_kernel_fairphone_sm7225 at staging/11/fp4

We can start building on top of this. But, this is still missing the dtbs which continues to be the blocker for us.

Though to compile we need to get the binary blobs to get it to run. I am trying to get the OTA files (posted here in the dev chanel about that) so that the device can work.

As soon as we have a lineageOS base we can start porting things like the microG lineageOS build and calyxOS port.

Ah, it’s a community effort, I hoped for a second Fairphone would help themselves…

What is /e/ having more, so that they can release their port on fp4 in mid of January?
Are they getting things earlier and exclusive? Because of the relationship?
Do the rest of the build community get it then? After /e/ have released?
And when yes, why…

What is /e/ having more, so that they can release their port on fp4 in mid of January?

An economic interest. /e/ is trying to make money and has employees who work on the port full-time I assume. LOS being developed purely by enthusiasts atm.

Fairphone is not putting work into porting LOS this is still a community effort done by samwein, dk1978 and others, as indicated in this thread

My bad, yeah… I should have checked that… just threw me it being in fairphone repo

it being in fairphone repo

It looks like the Murena Fairphone 4 from the /e/ people started to ship today. Have they already released the source code of the android version that shipped with the phones? I couldn’t find it on their gitlab and although LineageOS’s Apache license allows for proprietary derivatives, they do claim /e/os is open-source so it’s probably in their interest to publish their changes.

I have just received my new FP4.
I currently run LineageOS on another phone, so I would like to run LineageOS on the FP4 too.
I see messages that LineageOS is still in the works, some messages mentioning half to end of January.
Does anybody have a rough idea when Lineage OS will be available for the FP4? I do not need an exact date, but a rough estimate would be nice. Are we talking about weeks, months or longer?
(I am in no hurry, so I do can wait for some time if needed)

In a few weeks or so…maybe.
Nobody know it, actually