I have raised this point with the team and this edit will also appear on the spare part page before the end of February. I do not have an exact date yet, but I will return here to let you know when it is done.

Folks, this is becoming compulsive.

No, compulsive would be to point out that to

you need a larger area, a bigger sensor.
It captures up to 4 times the information on the same light amount that enters the sensor.

How about community driven advertising, like a git repo for the site and everyone can make pull requests

It seems I spoke too soon… the good news is that the changes were actually made today.

If you mean the addition of ‘(equalling 12-megapixel photos).’ on

The Camera+ module works both as a spare part for the Fairphone 3+, as well as an upgrade for the Fairphone 3. Thanks to pixel binning technology, our new high-definition 48-megapixel sensor is always ready - even for low-light scenes. Here, four...

The camera is really an enhanced 12Mp camera

Actually @rae, to be fully honest and fair, I would get rid of all the “48Mpx” mentions. It seems very close, too close, to misinformation to me. A lot of mid-techy people like me would think they could zoom on the picture, if they know what 48Mpx means over 12Mpx.

I’d suggest “Quad Bayer 12Mpx camera” for the title and “a bigger sensor, with 4 photosites per pixel, for brighter and cleaner pictures” in the description for the marketing.

What is really happening with the new 48Mp camera?

Referring to the claim:
“Here, four pixels are combined to form one large superpixel that captures four times more light while being friendly to your phone’s storage (equalling 12-megapixel photos).”

Camera upgrades for your Fairphone 3 - Fairphone

You don’t need a new phone to experience a new camera. Upgrading means you can save up to 90% emissions, compared to buying a new device. Enjoy higher quality images, while keeping your phone!

In order to catch more light the aperture needs to be bigger, twice the diameter to get 4 times more light. It has nothing to do with the pixels.

The bayer filter is a misdirection as in order to have colours each pixel is only picking up one of the 3 primary colours so a grid is used to cover pixels and this is called the bayer filter.

Marketing departments are trying to sell you on the wrong thing - resolution isn't why these sensors are good, it's the better image processing.

Is there any info comparing the sizes of the aperture and the sensor of the two FP3 cameras?

There is a comparison chart for the FP3 / FP3+, that’s already linked in this thread:

Both slightly better for the FP3+ / camera+ module.

The Aperture increase is so small that I consider it negligible in regards to the claim
“Here, four pixels are combined to form one large superpixel that captures four times more light while being friendly to your phone’s storage (equalling 12-megapixel photos).”

And of course there’s the diameter of the lens as primary aperture as the f/1.79 etc relates to the focal length of the pixels from the lens and if the pixels are smaller and shallower then each may be further from or closer to the lens.

The f/1.8 to f/1.79 change shows the overall increases in light reaching the lens, as I said before, is negligible. 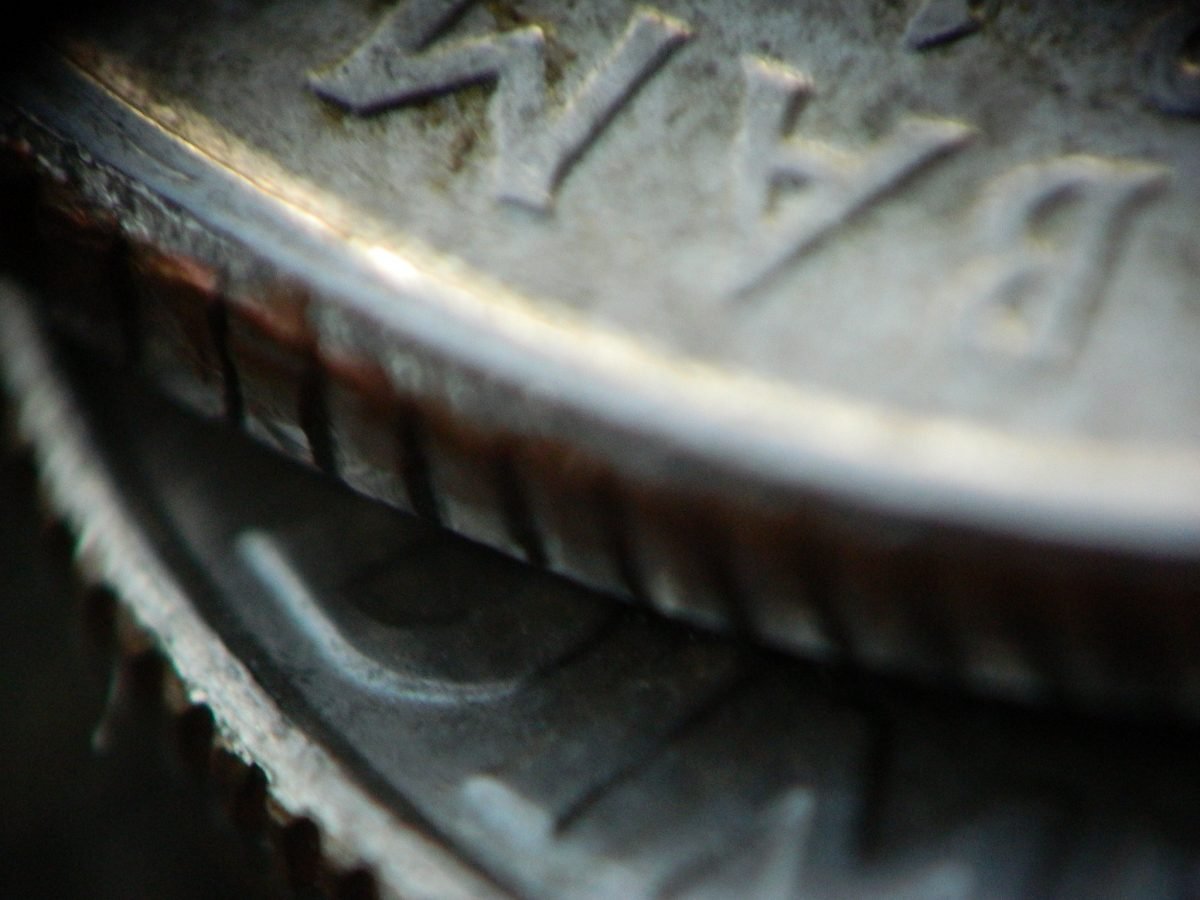 Depth of field is determined by three factors – aperture size, distance from the lens, and the focal length of the lens. Let’s look at how each one works.

"Each f-number is represents one “stop” of light, a stop is a mathematical equation (which is the focal length of the lens divided by the diameter of the aperture opening) that determines how much light that enters the lens regardless of the length of the lens. Such that an f/4 on a 50mm has smaller opening than an f/4 on a 200mm, but an equivalent amount of light travels through both lenses to reach the image sensor thus providing the same exposure."

Fairphone’s claim that four times as much light is available as a consequence of the 4 times increase in number of pixels shows either a totally inept expression by an monitored person or a total disregard to advertise the product as it really is.

I will at some point paint my view of this issue directly on Fairphone’ door, but currently they have more serious issues to deal with that camera issues

It may be a 48Mp sensor but it acts as a 12Mp with little difference in output, specifically in terms of light absorption.

The camera is the weak spot on fairphone and the upgraded camera on 3+ was a gimmicky move in my opinion, miles behind pixel 4a (be it 48MP or 480MP) which is also £50 cheaper. It has been known for years or even a decade now that the number of megapixels does not have the last say on how the images will turn out, what does is the technology behind the camera, which the average consumer is utterly ignorant of, thus the reliance on numbers of megapixels and the actual cameras i.e. quad cameras.

Which is all still fair considering fp is a ‘different’ kind of phone, i.e. modular-ish and ethical-ish.

I’m not sure what future holds for fairphone in a technology crazed society. I hope they got big guns prepared, this is not a rainbow and sunshine business, we’re fighting for the planet. Whoops I went on a tangent again… or maybe it is all related, I believe so.

We definitely are all related ~ animals, vegetables and minerals, not that most animals or any of the others get a choice on what us not so 'human’s do

I managed to get Fairphone through my employer. When I look at the package, it says:

However, when I go to the settings of the phone it says 12MP camera. It should have been 48MP, am I right?

Hi tridy, I moved your post here, probably don’t need to read the full topic, just start from the top.

TL;DR: it’s correct and by design

Thanks to pixel binning technology, our new high-definition 48-megapixel sensor is always ready – even for low-light scenes.

Here, four pixels are combined to form one large superpixel that captures four times more light while being friendly to your phone’s storage (equalling 12-megapixel photos).

to form one large superpixel that captures four times more

Be aware that it doesn’t capture 4 times more light. The pixels are only 0.8microns rather than 1.4 of the previous 12Mpx version and then software on the sensor calculates what should be a more lifelike colour representative.

Hi @BertG The Aperture increase is so small that I consider it negligible in regards to the claim “Here, four pixels are combined to form one large superpixel that captures four times more light while being friendly to your phone’s storage (equalling 12-megapixel photos).” Further the increased size of the sensor is not the same as the increased size of the lenses each pixel has, if there is any space between the pixels it may well be that needs a larger sensor area as there are now 40 millio…

However, when I go to the settings of the phone it says

I imagine you mean Settings of the Camera app??

Hi tridy, I moved your post here, probably don’t need to read the full topic, just start from the top.

TL;DR: it’s correct and by design

oooops, my bad! I think I searched for similar topics before the post but it seems I did not pay enough attention. Thanks!

Hello everyone,
Lots and lots of comments, but not once the real question has been answered:

Are the pictures better with the new camera?

Not asking for a technical point of view but just someone who upgraded from Camera to Camera+ and just… You know… Looked at the result, to share his/her gut feeling.

There are topics on this will try and find one or two.

Best continue your query in the topic below.

I’ve been pretty excited about the camera upgrade for FP3. I got and installed the new modules today and did some before and after photos. And I have to say: I’m a bit disappointed. To the extend that I can’t really tell the difference. Here’s an example (please excuse the boring scene) [fp3-camera-comparison] They look so similar, that I’m worried I did something wrong, or there’s a problem with hardware and/or software. Can someone please point out, from this example, how the new camera i…

I have a Fairphone 3 with /E/OS installed. Everything works very well, but I bought a new camera module which has a lot morge mega pixels than the old 12Mp module. Installation of the module was easy and I could immediately use it. However, all camera Apps that I tried only show me maximum a 12Mp option as selectable setting for pictures. I want to use the highest resolution that the new module allows, but I can’t. Does anyone know how to fix this?

Hi dekay1, I moved your question here because this has been brought up before and discussed. See the first posts in this topic to learn more. In short: You cannot produce 48 MP photos with the 3+ camera modules as their output is still limited to 12 MP.