@karsten One thing that would help me is an explanation why the bootloader refuses to boot my custom boot.img with FAILED (remote: 'dtb not found').
I know there’s a dtbo partition but I don’t know inhowfar that’s used by the bootloader.
I’ve built the kernel using the msm8953-perf_defconfig, and put the built Image.dz-dtb with a custom ramdisk into a boot.img made with mkbootimg (parameters: --base 0x80000000 --second_offset 0x00f00000 --kernel_offset 0x00008000 --ramdisk_offset 0x01000000 --tags_offset 0x00000100 --pagesize 2048) and tried to boot that with fastboot boot boot.img but the error from above gets returned then (I’ve also tried flashing it to boot_b and setting the active slot to B but it reboots to the bootloader - probably because of the same issue).

I think this means the kernel expects the DTB to be directly after the kernel binary rather than at a location provided in r2. If the bootloader doesn’t append it for you, you may wish to boot the image.gz-dtb file that is created during kernel compilation. … Okay, and as I research the problem I parse your post better.

Perhaps you need to set the BUILD_ARM64_APPENDED_DTB_IMAGE_NAMES kernel configuration option to select the DTB file you wish to append?

Hi everybody, so far I was able to reproduce the work of z3ntu. Unfortunately, I am stuck with the same error message ‘dtb not found’. I’ve tried to use the kernel config from the device as well as msm8953-perf_defconfig.

I feared as much when I first looked at the kernel source tree.

I wrote a quick summary here:

in a first step, it should be possible to make a very minimal linux, offering a serial console, able to mount partitions, inspect them, test hardware, etc… the kernel is only half of the equation though, to boot linux from an arm system-on-a-chip you need a hardware-device tree specification for the particular motherboard/device the chip has been soldered on, on a desktop PC that is not needed, as the BIOS takes care of it with its ACPI tables (which store which hardware can be found at which …

has anyone tried to compile a .dtb from either of these configuration files? is it possible to extract the dtb (and compare) from a vanilla phone/factory image?

I had another look.

in the kernel diff,

among others, the following dtsi got changed:

as well as one include file:
sdm632-ext-codec-mtp-s4.dtsi

pm8004 is an audio power amplifier chip, however other parts of the source code as well as https://www.ifixit.com/Teardown/Fairphone+3+Teardown/125573 suggests FP3 uses the Awinic AW88980 as power amplifier, which kinda rules the pm8004 dts files out

also ruling out the sdm450 and sda450 dts files (wrong processor), this leaves:

if you look at the files, the first 2 dts file specify supported chips, while the “overlay” skips this, other than that they are identical

the only difference between s3 and s4 is that s4 includes
sdm632-ext-audio-mtp.dtsi
which enables wcd9335 “tasha-sound-card” support.

is it possible to extract the dtb (and compare) from a vanilla phone/factory image?

Yes but there are no factory images released, so I don’t have access to a stock boot.img.

The stock kernel config has the option CONFIG_BUILD_ARM64_APPENDED_DTB_IMAGE=y set which basically takes all compiled .dtb files and appends them to the zImage. Then the bootloader picks out the dtb it needs based on qcom,board-id and other similar properties; and as far as I understand the problem that a self-compiled kernel doesn’t boot is that the dtb the bootloader exists isn’t present in the sources (but I might be wrong there, it’s my current interpretation

Take this branch: https://github.com/FairphoneMirrors/android_kernel_fairphone_sdm632/commits/compile
Download some cross compiler for aarch64/arm64 (e.g. from Linaro or from your Linux distribution - on Arch Linux it’s the package aarch64-linux-gnu-gcc).
Then run something like

If you have downloaded the cross compiler you maybe have to adjust the CROSS_COMPILE variable so the gcc binary is named ${CROSS_COMPILE}gcc, and also adjust your PATH variable so that the folder where your binaries are are in your PATH. 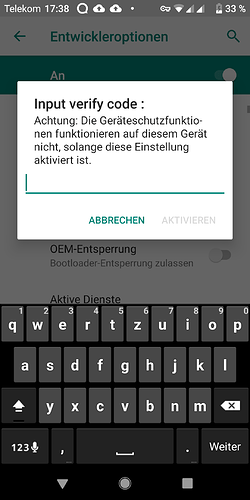