Who knows how many rich spoiled children will switch their iPhones to FP2 if it’s trendy enough?

I think that FP1 public was small because of the price; FP2 public is even smaller.

The last tranche of Fairphones was sold out in a few days if I recall correctly and I’m confident that the 100.000 FP2s per year won’t be enough to supply to everybody who wants one either.

I think that FP1 public was small […]; FP2 public is even smaller.

While publicity for FP1 wasn’t overwhelming, I think it was a success: Many large newspapers and TV stations reported on it.

From my perspective publicity for FP2 is even larger because the announcement to plan a new edition alone was picked up by many media outlets already. Have a look at this post, which also lists many articles about FP2:

So today Fairphone officially announces their new phone: The Fairphone 2. Here are some useful links: FP official video: Scroll through this page to find out more about the new phone: https://www.fairphone.com/phone/ Some more info on Design Technical specifications overview of the Fairphone 2 and detailed specifications Here's a great (and long) blog post from Fairphone's CTO on the design of their second phone Press release (PDF) Fairphone 2 Supply Chain You can check out the prot…

So, this company has a big demand from “wide” public, but a production that is not enough to supply the demand, and the solution is to make a more exclusive product… Really, i don’t like the plan.

Are there any plan to create a new Fair Phone in the same range of prices that FP1?

I also thinks that FP1 was a success, and I am really proud of having one, but it was expensive, and if i didn’t bought a Moto G or similar, 100 € cheaper, it was because I believe in the targets of this company.

But as I said, now I would not buy a FP2 because is really expensive.

Yeah, many people agree that it is too expensive, and the price is definitely much higher than the previous edition or other cheap (but sometimes very good like Moto G) smartphones.

Still, as we’ve discusses a lot already, it depends on your point of reference whether it is too expensive. Millions and millions of people buy much more expensive phones like iPhones, Samsung Galaxy phones, etc.

Are there any plan to create a new Fair Phone in the same range of prices that FP1?

At the moment we know only of plans of Fairphone 2. I don’t think Fairphone has the capacity to pull off two models simultaneously.

We are talking in circles now.

I am sure that FP2 is a great product (I love the idea of modular components, for example); I am sure that 525 € is a right price; I am sure that there people wishing to buy it, specially when it looks like is going to be sold outside europe.

But now is an exclusive product.
Saving the diferences is like a Tesla Car: is a great car, great for the environment, all the media talks about it, it sells good… however is four times more expensive that a common car and I have never seen one in Spain.

@Narkha I’m not sure you are correct in saying that a higher price equals a greater exclusivity.

@RL1 if we talk about specs I can buy phones with similar or better specs than FP2 for the half of price: http://www.bq.com/gb/aquaris-m5
And we are not talking about buy coffe for 2-3 € more or less, we are talking about 250 € of diference.

I am sure that this is not the target of the new phone, but its price limits the amount of people that can access to it and what it represents only for their incomes. Call it exclusivity or whatever you want.

The mobile phone market is a weird one: the more expensive phones have a greater target audience, if the specs are better.

You are saying it’s weird that people pay more for better things?

For me it’s weird to pay 500€ without getting guaranteed long-term software support or Android out of the box or Open Source OS. I don’t get why they made such decisions.

[quote=“biosin, post:48, topic:6636”]
I don’t get why they made such decisions.
[/quote]That’s obvious: because they think they can.
Let’s see how the cost break down will look like.

For me it’s weird to pay 500€ without getting guaranteed long-term software support or Android out of the box or Open Source OS. I don’t get why they made such decisions.

What decisions do you mean? The only decisions Fairphone made software-wise that I know of are to try and support software updates for as long as possible and to make it as easy as possible for alternative OSs to be installed. Don’t forget that the FP2 was just announced and is not for sale yet, so we may know more about this before it will be for sale.

without getting guaranteed long-term software support

I don’t know a single vendor that guarantees long-term software support. Fairphone expresses their wish to try to accomplish it. That’s better than what you get with virtually any other manufacturer.

or Android out of the box

Fairphone 2 will come with Android preinstalled. I don’t know what you mean here.

@paulakreuzer
Here we find now all technical details about the FP2, because the pre-orders has recently been started!
http://shop.fairphone.com/fairphone2.html#technical-specifications
(more at this blog post https://www.fairphone.com/2015/07/15/fairphone-2-pre-orders-are-now-open/ )

I am glad that Fairphone understands the need for free software to be able to own your device. Maybe the FP3 or an upgrade to the FP2 will be the first phone with 100% free firmware in a long time.

Keeping my fingers crossed that the talks with Canonical or at least with Jolla are successful and that the FP2 ships with non-android options, but even if not, having the help of the manufacturer for community ports is really great. Thank you Fairphone in advance! May you live long and prosper.

Before i decided to buy a FP2 i briefly investigated ways to use some more free and open OS in some other high end phone. I realise i did not have the time.
I ordered now a FP2 because of their efforts of both “fairness” and that they strive also towards a free and open OS.
I realise it is much work, especially as some people have some apps or some specific OS they just need to run , so maybe it should be offered with alternate OS:es. Something that i.e the little ODROID-XU4 micro computer can.

It’s been a while, but I just updated the list a bit.
I’m sure you guys know more things that can be updated so tell me!

I updated the list and made it a wiki. Now that the phone is here we can better compare it to the predecessor.

I changed the following points. Do you guys agree with these changes?

I just compared the two phones, the darkest is definitly darker on the FP2, the brightest setting I’d say is about the same, but it’s hard to tell as the FP2’s backlight seems to be a bit reder that the FP1’s (which is greener).

I think it’s safe to say that the camera is better.

It’s a lot better in fact.

Wish: make it easier to know without looking how the phone is oriented (aka where is the power switch)
Fact: (

there because this feature could come with an update.

I just want to share 2 screenshots about the different frequency steps the snapdragon 801 do use in the FP2. It is quite a lot an I am very pleased about the lowest with only 300MHz. It allows good battery saving performance if device is rooted. 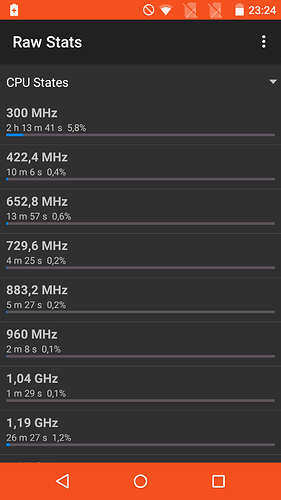 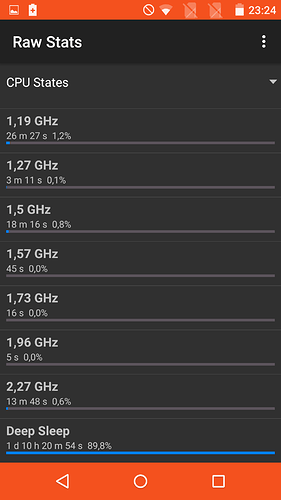