✏ FP2 - Reviews/Previews of the phone

The main goal of the phone is not the perfect camera. I was just saying that if people worry about it, the camera will one of the parts of the phone that will be very easy to upgrade. Even the SoC still has room for a better camera as well. So there is nothing to worry about. The camera is not really an issue not to buy it.

Ahead of UK launch John Leonard gets an exclusive preview of the new ethical smartphone that's built to last,Mobile Phones ,Smartphone,FP2,Fairphone,supply chain,Mobile,Firefox OS,Ubuntu for Phones,Jolla,open source

Excellent review, with a number of infos not yet seen here or on FP blog.
I couldn’t agree more on the brilliant modularity/repairability, and alas also on the cost…

The FP2 looks really good - looks like they are going to hit the 15,000 target which is great news. I really hope they manage to find a way of allowing people to pay in instalments. As Daria told me, this is not easy with the crowdfunding model where a batch of phones is only produced once the money’s in. I hope too that they manage to crack the problem with regional networking standards. If it works in the US and elsewhere with the existing chipset that will make a huge difference. Also, fingers crossed on the operating systems issue…

I have a FP1, and given the way one can efficiently resell it I may well have been pushed to switch would the operating system issue have been clearer.
Now, in spite of the crowdfunding fail-trigger risk, I wait for actual detail on this, because non-root-by-default and no alternative system means a definitive loss of control for me.
I just cannot regress to installing a new OS by myself.

Now, in spite of the crowdfunding fail-trigger risk, I wait for actual detail on this, because non-root-by-default and no alternative system means a definitive loss of control for me.

You can have root (thanks to unlockable bootloader) and self-built Android versions on the FP2. Check out the following threads:

:pencil2: This is a #wiki Post and a list of all #dic:operatingsystem that can be installed on a Fairphone. Fairphone 1 (U) Fairphone OS Click here for a guide to updating your FP1 (U) to the newest Fairphone OS version. Latest stable release: 1.8.7
older versions based on Android 4.2 (Jelly Bean)
1.0 Almond 1.1 Caju 1.3 Chestnut 1.6 Cherry 1.8 Kola Nut 1.8.5 Kitkat 4.4 alpha not fully working yet, outdated/discontinued or experimental: AOSP 4.2.2 Jellybean (outdated) AOSP 4.4.4 KitKat (discontinued port by @chrmhoffmann) CyanogenMod 11 (discontinued port by @chrmhoffmann) CyanogenMod 12 (ex…

At Fairphone, we’re working to apply our principles for fairness to every part of our phone - including the software. This website is your starting point for learning more about our open source activities and how you can be a part of it. Today we are launching code.fairphone.com, the open source and development website for Fairphone owners. There you will find information about the source code of the Fairphone 2. Publishing the source code is an open invitation to every- and anyone to contribu…

The camera is not really an issue not to buy it.

Yes it is. @mutschatscho Do not buy it only because there might be a camera upgrade in the future. If the cam is a deal breaker, wait until there are more phones and pictures into the wild to check if the quality is good enough for you. And if it is not, wait until there a) really is an upgrade available and b) that upgrade is tested and suits your needs.

There are two reasons for that: Firstly, it is not clear that there will be a camera update until there really is. Secondly, i can very well image that Fairphone does not want hundreds of buyers to buy a Fairphone + plus the upgraded camera upfront. Instead I can imagine the future FP2 releases either all come with the better module (to prevent electronic waste) or you can choose the camera module when ordering (like you can customize some laptops at currently). Everything else does not really make sense if sustainability is a goal.

If the cam is a deal breaker, wait until there are more phones and pictures into the wild to check if the quality is good enough for you. And if it is not, wait until there a) really is an upgrade available and b) that upgrade is tested and suits your needs.

But wasn’t the camera a well-known model which was integrated in many other devices? If so, the camera quality check at gsmarena.com lets you compare it to cameras of other phones. Can someone provide a list of these other devices maybe?

A rather useless article from “Der Spiegel Online (SPON)” in Germany. Also in the SPON-Forum discussion people don’t get the point. Instead of fair production and the chance to upgrade the FP due to its modular design, people only discuss that they can repair their iPhone as well. Several years ago I promised myself never to post in the SPON forum, I will also not do it for the FP, but maybe somebody wants to share a bit more expierence and background there.

Well, for me this article is a good example for someone who decides to make bad press withough explicitly making that intention clear (compared to “Bild” for example).
The impression after reading ist: Well, they really tried … (zu deutsch: “Sie waren stets bemüht…”).
And how is this achieved? By postulating opinions as facts:

It’s cleverly written because there is no actual lie in there but the composition of “facts”, opinions and the arrangement of arguments and counter arguments is in such a way that you can only come to the same conclusion as himself: “The FP2 is a great project […]. But it will stay a enthusiasts product.”

That’s why Spiegel online has the reputation of being the Bild for the educated folk. People! Don’t read spon!

Sent from my phone - please excuse my brevity.

If you want to read an objective test review of the Fairphone 2, read this derstandard.at-article: 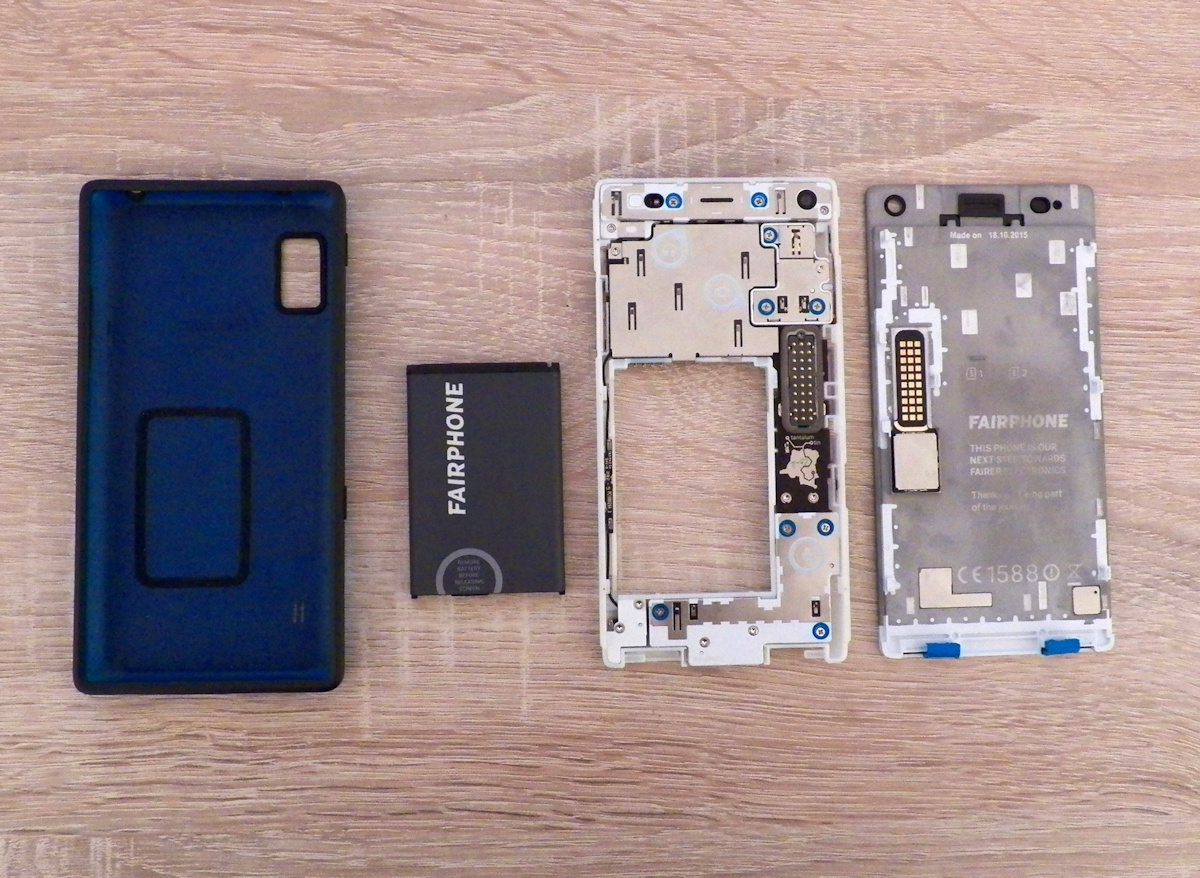 The Fairphone 2 is a touchscreen-based, dual-SIM smartphone first released in December 2015. It is the first modular smartphone available for purchase and is designed to be easily repaired by the user. The phone runs Android 6.0. It is the second phone from the social enterprise Fairphone and the first one completely designed by them. The phone is ethically sourced, using conflict-free minerals, Fairtrade gold and recycled materials. It is assembled in audited factories with good work The phone... 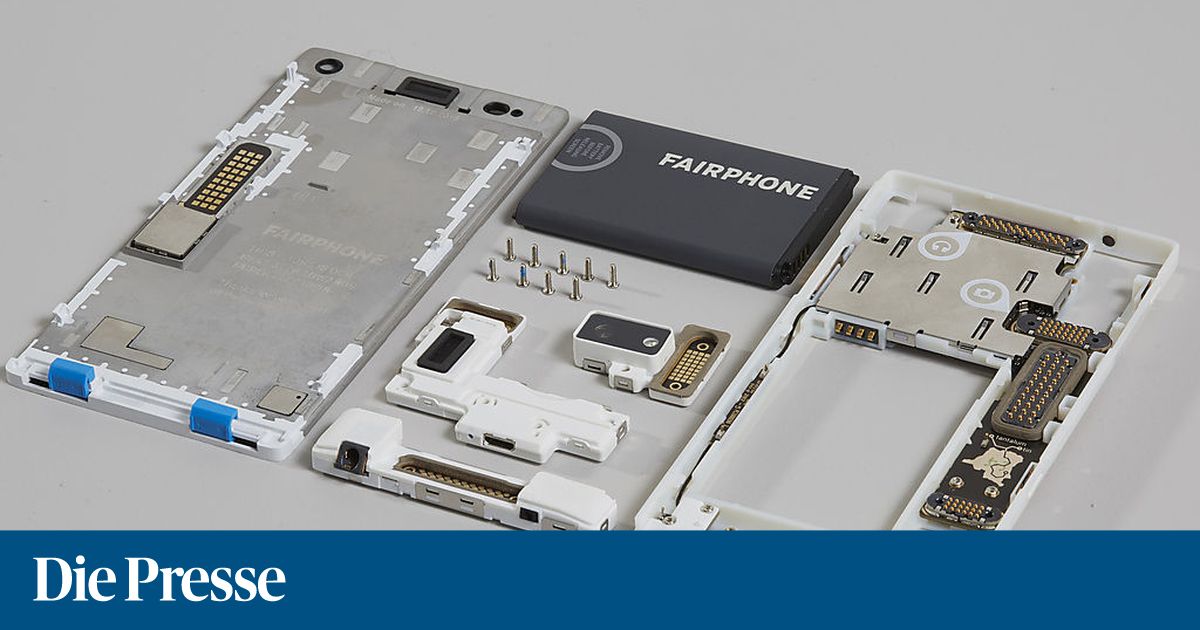 You must have read a different article than me. It’s not bad press at all, it’s a mixed review. The author clearly likes the idea behind the phone/company and slams the big competitors for neglecting sustainability considerations, he just seems to find the technical specs and the design less convincing compared with other high-end phones. Which is fine, it’s perfectly OK to state opinions in a review. Even ones oneself doesn’t share.

Where do you read that? I don’t see that at all in the article.

with other high-end phones

This is actually one of my points … FP2 never was intended to be a high end phone … other article compare it rather to OnePlusX for example, a phones you could take as the definition of a upper midrange phone, which makes much more sense.

Which is fine, it’s perfectly OK to state opinions in a review.

True, but I was critizising that he does not state his opinions as opinions rather than facts (see for yourself at your “high end phone” remark)

Where do you read that? I don’t see that at all in the article.

Taking this sarcastic remark together with

tells you he’d like to have the big guys change their ways.

This sentence alone shows you that he likes FP’s mission.

FP2 never was intended to be a high end phone .

Here I’d definitely like to contradict. Unlike a report, other media contributions such as commentary or reviews come with premise that opinions will be stated and newsmakers trust readers that they understand this. It would be unnecessary and really bad writing style to explicitly mark every sentence as an opinion. It’s clear from the outset that a statement such as “this chair does not look elegant” in the context of a review cannot be anything but the author’s opinion and not a fact.

Since this a german only article in a not-german only thread I will not answer in detail (discussion has been very long a this point already).

You see the article that way, I see it differently.

Just in general I become more and more sensitive to press (of whatever kind) being manipulative. Many articles - and this one I think is one of them - are not merely informative (what might be difficult) but written in a way that at the end of the article a certain feeling sticks or only one conclusion can be made. Meaning that if you don’t take good care you are manipulated into a certain opinion that might not be your own had you read a more differentiated article.
Of course everyone is responsible for his way of getting informed, meaning that reading only from one source is never a good idea. Nevertheless this manipulating conduct is something I despise.

I actually started to improve the wikipedia page

, i added the “hardware choice” category and improved the “price” category, but, as english is not my native language, it would be nice if someone could check it (and improve it of course ! )

The worst review of the Fairphone 2 I have read so far:

“Too expensive, too ugly, too weak”

I’m beautiful myself and don’t need the phone to improve my looks.

So the Fairphone is good enough for me.