Hi,
Had the same problem with my blue translucent cover and filed a ticket to support last week-end. Got an answer two days ago saying they will be sending me a new one.

I have the same problem with my black translucent cover. It happened after removing the cover for the second time.

Raise a ticket to Support and attach some pictures of the damaged casing. They will then send you a replacement one…

Had the phone 2 weeks, opened the back 3 or 4 times for SIM card access only Now a crack running from the camera diagonally across the back. I would suggest opening from the bottom end. My case is the transparent blue one. I wonder if its weaker than the others.

My translucent black one is being replaced with a transparent blue one. I will receive it this week.

I opened a support case about a month ago, got no reply, so I called Fairphone. I gave my support ticket ID and they immediately told me they are going to send me a new one.

I’ve opened mine at least a dozen times (and mostly from the top) with no damages so far. But I see that in general opening the case puts rather high strain on the material.

What do you think: might the two-part case developed by @dvl be an alternative or a good basis for a new FP2 standard case (maybe enhanced by a kind of snapping mechanism to avoid that the two parts slide apart when you pull it out of a trousers pocket)?
Then we could add it to the FP2/3 wishlist started by @paulakreuzer.

recently I’ve discovered small cracks in my FP2 Cover on both lower corners. They look like pretty much material fatique however the phone has never been dropped, bumped, forced in or out of the cover nor has it been exposed to radical temperature changes. So far I’ve removed the cover twice since I recieved the Phone in late february.

Is this supposed to be normal? I don’t think so. Before I contact the support I’d like to hear the community’s opinion

@saski: I’ve moved your post here as it has some discussion by other who also had cracks in their cases, and their is some mention of experiences with support. Though many of them seem related to opening the phone (with cracks especially around the camera), there is at least one mention on the corners:

My translucent blue back cover also has already some cracks. One on the bottom left corner and one on the top right corner.I have the feeling that on these spots there is some extra space between the phone and the cover, which makes it a bit fragile.

My translucent black case cracked on both of the bottom corners.

Hi!
I just checked my blue translucent cover and I got cracks on the two bottom edges and on the edge near the ON/OFF button. Will raise a ticket for support immediately after writing here.

Hope I will get an answer soon.
I don’t want to open it any more beacause I don’t know what will happen. I hope support will send a new one.

Thanks to @anon73900052 and of course the whole Fairphone Team I got a new blue translucent backcover inert TWO days! That was fast!

From Amsterdam to Austria! 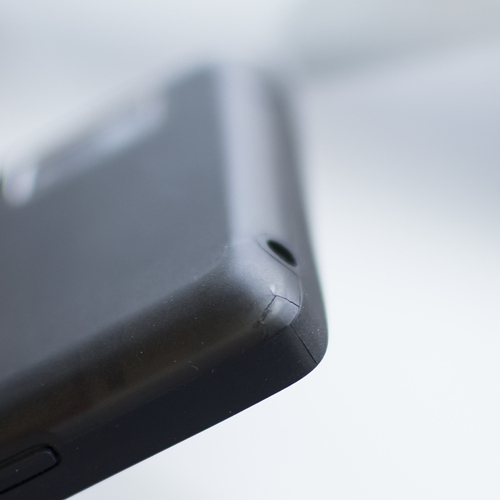 Not gonna take it to support yet, not until it really falls apart. Just putting this here as a reference, so others can see what cracks we are talking about.

I also didn’t open the phone often, just for SIM changes and putting in/out the SDcard.
At the beginning it looked on the picture @RchrdHy posted, but soon there was a crack that started growing and which is now some 4 cm long.

I’m not one prone to complain unless there’s actually a problem. But unless there has been something somehow wrong with my particular cover, Fairphone needs to rethink the material used for the ‘protective’ back cover.

I have had my Fairphone 2 for 1 month and 2 weeks, and even with the most careful use, it is showing grave signs of wear. Aside from the fact that the screen got a nasty scratch after just a week, now the back cover is breaking up – See attached images.

I want to stress that I am careful and protective about my phone. I have only had it in my pocket or in a compartment of my bag without any other objects. I have not dropped it. It have had the back cover removed maybe 5 times. I have been careful when doing, this in the manner advised by Fairphone.

The plastic is showing fractures in 3 out of 4 corners, particularly nasty at the bottom. There’s a slight crack near the camera slot as well. It seems obvious that the plastic material used is too rigid to support the multiple cover removal. A more pliable (and rubberized, please!) material should have been used to protect the phone.

Fairphone 2 is the first smartphone I’ve owned and I’m not intending to replace it. But these are issues that seriously need a fix.

I have a new cover coming in the mail (because of delivery shortage of the color I ordered), so that solves my issue for the time being – but I suspect not in the long run. Thankfully I suspect the cover is the least expensive and least complicated thing to change in production? 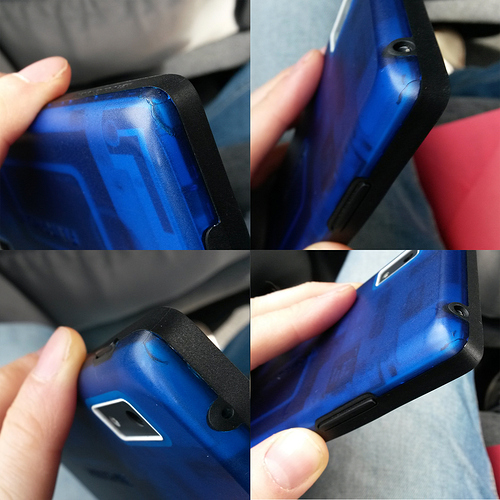 After reading through the posts it seems to me that mainly translucent backcovers are tending to get cracks.

I ordered my FP2 with the black backcover and after several openings to remove the SIM card there are no cracks. Maybe the polyurethane of the translucent covers is less flexible and resistant than the “normal” ones.

Hey,
i habe the same issue with my black translucent Backcover in the lower right edge. I tried to fix it with gap filling, flexible glue. It at least closes the cracks that no dirt can enter.

I have exactly the same problem. I got a replacement cover and it also starts to crack. I opened the back twice only.
Fairphone should redesign the cover and change the material. What a waste of plastic if we have to change the cover so many times.

@RchrdHy Please contact us through the Customer Support so we can provide you with a new case under warranty!

Hey @Michael_Lechner Please contact us through the Customer Support so we can provide you with a new case under warranty!

Hello @JMTZ Please contact us through the Customer Support so we can provide you with another new case under warranty! Don’t worry we are working on this issue, but we already know taht it does not affect a bit amount of back covers. We know need to reduce this amount and improve our product to reduce even more plastic waste.

Thank you for your feedback.