Hello,
knowing the modular concept of the Fairphone, I would be very interested in buying high performance components in replacement of the standard ones. Like a battery with more capacity, a camera with higher resolution, etc. Of course it would be more expensive, but every customer could decide for himself which component he needs.
It can be also low performance components for the ones willing to save money on a particular function. It is like a personalized configuration of one’s phone. I think it would fit perfectly in the concept of modularity and optimization of lifetime. Is it something on which the company is working on?

Fairphone has confirmed a couple of times by now that they are working on a better camera module. Having just released new covers, they actually said that the new camera module would be the next thing.

Regarding battery, I would guess it’s hard to increase the capacity without increasing the size of the battery. So I’m a bit sceptical that a higher-capacity battery would be possible and still fit into the existing battery slot. The only gains to be made here would probably be increasing the overall energy-efficiency of the FP2.

The only gains to be made here would probably be increasing the overall energy-efficiency of the FP2.

Hopefully it gets better with Android6.0 next year (it has been advertised for the second half of this year!). Another step would be to offer an organic light-emitting diode screen (OLED), which saves energy and has some more eye friendly characteristics.

Funny is to see here on the very specific forum with hardcore-user/geek people what trully people expect from their smartphone:

why not selling as accessory a recharging USB solarpanel device ? (at a “fair” price…not like actual covers…27€:rage:)

I would like it very much to have a second USB connection at the top side of the phone (of course both as USB-C connectors!)! Some times it is very unfunctional to have the phone connected at the bottom. If I would have these both, I would use the top one most.

A post was merged into an existing topic: E-ink/e-reader dual/alternative screen (from modules wishlist)

Sticking two gluepads on with HR makes me curse it because it’s next to impossible to fit on in the car in the night, but when I get it attached, it won’t come loose even when the road turns into a washing machine (as long as the mount stays attached). IP67 vs IP68: How waterproof is the iPhone and Galaxy S7? We explain the waterproof IP ratings right here

Can’t the headphone jack be used to connect an extra antenna?

Can’t the headphone jack be used to connect an extra antenna?

Aren’t that holes above “Yours to open, yours to keep” and below the SD card slot, connectors for the antenna? 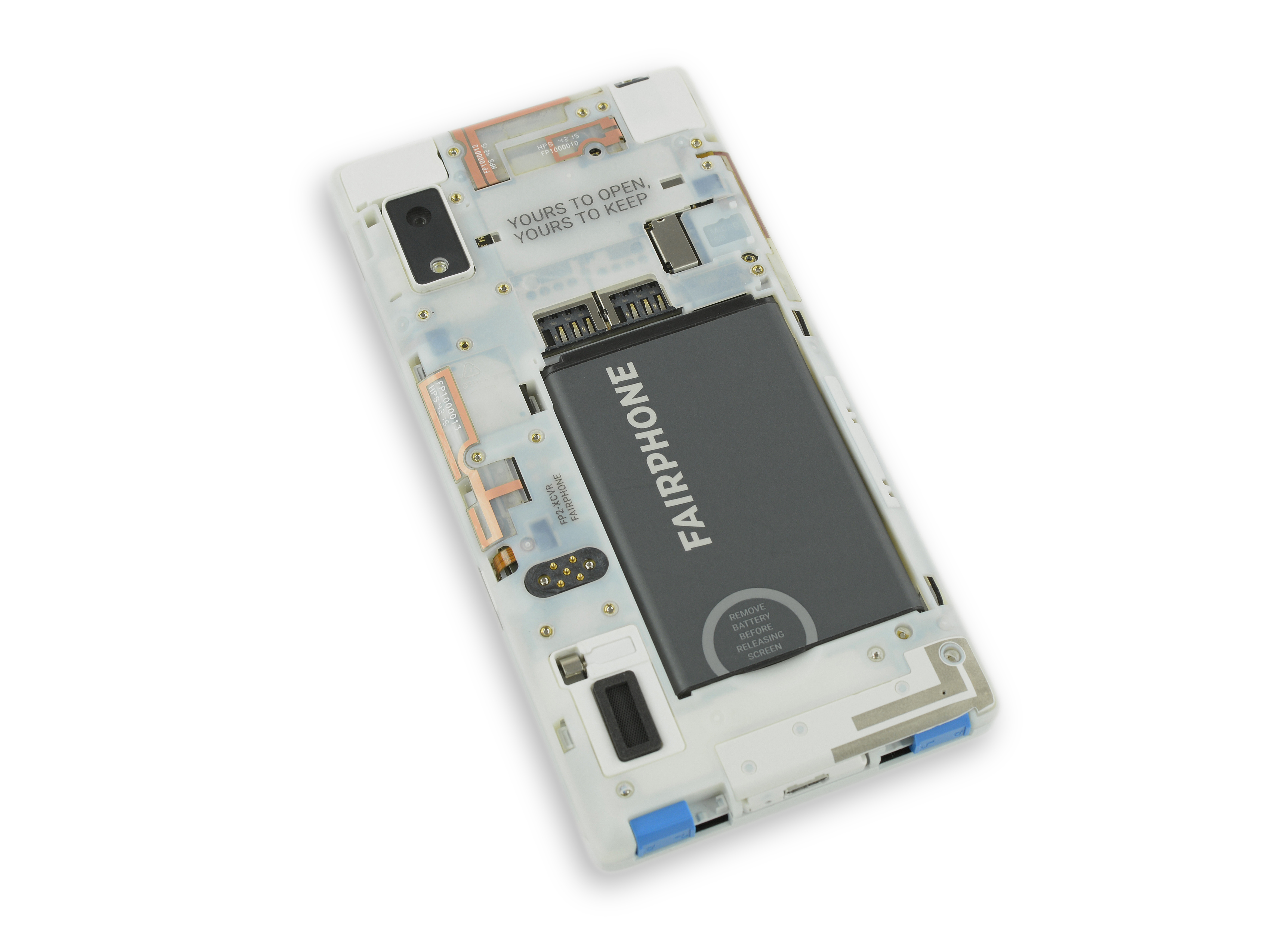 That photo is from the Fairphone 2 teardown at iFixit and is licensed under the Creative Commons BY-NC-SA 3.0 license.

Any chance we can whip up enough interest in something like this:

maybe as a replacement for the (new) back-cover (thus saving thickness) and/or making use of the power on the USB connector in the back to make it worthwhile for them to produce this for interested parties?

Disclaimer: I’m not affiliated with boxwave - all I want is a real nice keyboard.

Wow, this Keyboard Buddy Case is exactly what I miss on my FP2! Thank you very much for this hint!
And since it e.g. has a battery, USB port and Bluetooth built in, maybe it could hold more module functions from this wishlist in it, like NFC, wireless charging, a battery extension, USB type-C and so on. As this manufacturer seems to produce many other accessories for phones, it could be the right place to ask for some (external) modules on this wishlist. In the FAQ I read that it is an US company with worldwide shipping.

So I hope more FP2 owners who like the idea of a hardware keyboard and maybe some more features built-in, will embrace the offer on the bottom of the website:

On the following request site, where also such a little company as Fairphone is listed in the drop down menu they say:

You can request our product(s) for a device that’s not currently supported! Just fill in the information below, and we will gather all requests from individuals. If we receive enough requests for the device that you requested, we will produce it!

Here you can see my request with my personal wishlist of additional built-in functions:

I also made a request for a docking station (for charging, as a night-/daystand and for PC sync/backup) suitable for the thicker bundle of Keyboard Buddy Case and Fairphone 2.

I’m totally in for 1, 3 (at least IR, RF is rather hard to implement) and of course 4!
A solar backpack would be a nice gimmick (though I don’t expect an overwhelming battery live boost), maybe combined with 2?

I think what would be of the most benefit is (2) the wireless charger. And of course the keyboard itself.

Some thoughts on the other points:

I’ll add your request link to the first post. Maybe there will even be enough people for them to consider a cover…

PS.: The case should be compatible with the slim cases in my opinion so that there can still be #rimswapping .

Wireless charging: It’s on the rise

…but still very energy inefficient. From an environmental point of view, I would absolutely avoid this gimmick.

Sadly, from an environmental point of view we should avoid any extensions to the back connector because they still have to be produced first…

PS.: You can use a keyboard to be faster at writing urging mails to your MPs!

2 posts were split to a new topic: NFC is more than just wireless paying

A post was merged into an existing topic: Fairphone 1 maintenance comes to an end